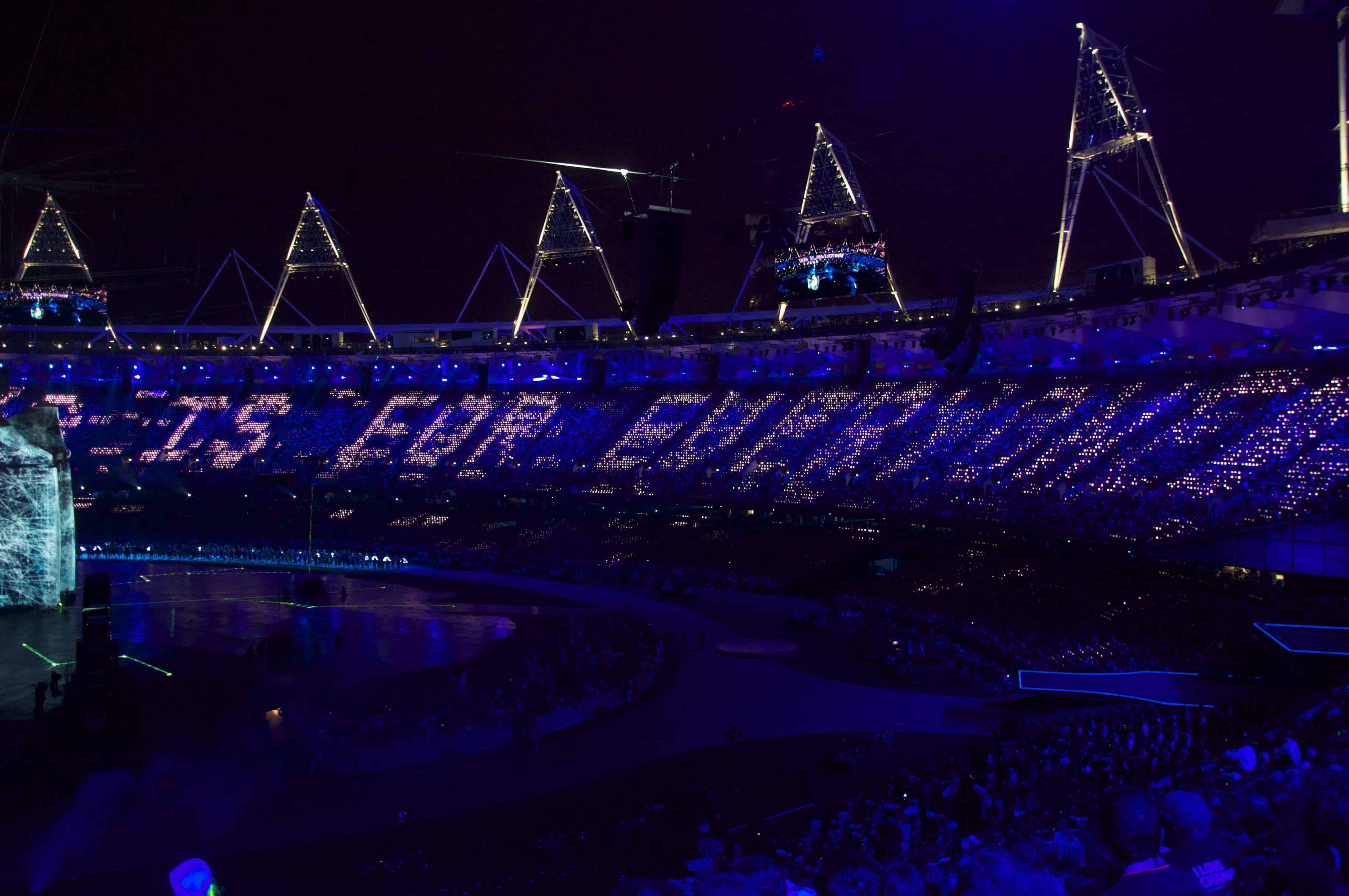 What is Net Neutrality and why does it matter?

Discouraged that you don’t have another option for broadband Internet in your neighborhood? Tired of monthly bills that seem to creep a little higher each month?

If so, understanding what’s at stake in the national debates about Net Neutrality is critical, because the outcomes will have a direct affect on your financial bottom line.

With the 2016 presidential elections around the corner and the possibilities of major telecom mergers on the horizon, Net Neutrality has never been more important to the day-to-day lives of Internet users. (And these days, that’s pretty much everyone.)

In this post we’ll unpack the issues at stake in the Net Neutrality debate to give you a clear idea of what Net Neutrality means for your Internet connection.

What is Net Neutrality?

Long story short, Net Neutrality is the concept that Internet Service Providers (ISPs) must treat content passing through the Internet equally, without favoring or blocking any of that content.

The ideas behind Net Neutrality have been bouncing around since the birth of the Internet in the 90s, but it’s only in recent years that the issue has come to the political forefront and turned Net Neutrality into a public debate.

Here’s a quick overview of the stakeholders involved:

Who they are: The companies that sell Internet connections, usually via cable infrastructure. Examples of ISPs include Comcast, Time Warner Cable, and Verizon.

Who they are: An independent government agency that regulates communication services including radio, phone, and television.

Where they stand: The FCC currently supports Net Neutrality.

Where they stand: While polls show that the majority of consumers do not understand Net Neutrality, most support it when explained in terms of specific issues like Internet fast lanes.

Net Neutrality under the Obama administration

The Obama administration has overseen sweeping changes to the FCC’s stance on ISPs and Net Neutrality, culminating in a February 2015 FCC ruling that reclassified Internet as a utility under Title II — effectively turning ISPs into what are called “common carriers.”

Common carriers are companies that provide utilities like water and phone service that have been designated part of our national infrastructure. Because the service they provide is considered a utility rather than a product, common carriers are subject to government intervention to ensure that the American public has fair, equal access to that utility — in this case Internet — at a fair, equal price.

What are “Internet fast lanes?”

Central to the Net Neutrality debate has been the problem of “Internet fast lanes” — the ability of ISPs to create separate, premium-price connections for major content providers like YouTube and Netflix.

When it comes to fast lanes, both ISPs and OTT content providers have participated actively in the political process through lobbying and hearings. ISPs consider fast lanes a reasonable way to prioritize their services, while content providers are concerned that they’re being double-charged for bandwidth their consumers are already paying for. Meanwhile, ISPs have been rolling out data caps on monthly data usage and entering the streamed video content arena with prioritized services like XFINITY TV, generating concern from content providers worried about a situation where smaller companies have to “pay to play.”

Broadband infrastructure development has been slow in the US; 17 percent of Americans live in areas unserved by at least fixed 25 Mbps/3 Mbps broadband.

The current FCC stance on Net Neutrality is much more favorable to alternative broadband infrastructures like municipal broadband, which ISP lobbying has been effective in blocking at the state level. If Net Neutrality is overturned in the next few years, access to those alternatives is likely to decrease.

How does Net Neutrality affect my broadband bill?

If you’re one of the 30 million or so Americans with only one ISP in your area, chances are you’re paying higher prices than Internet users in more competitive areas. Fixing situations like this are at the heart of public support for Net Neutrality.

ISPs, quite reasonably, are concerned that reclassifying Internet in the same category as water and electricity is a heavy-handed tactic that could ultimately damage the industry.

Either way, Net Neutrality ensures that the government can step in and lower the price by force, if consumers are locked out of Internet access in a monopoly scenario.

How does Net Neutrality affect startups and businesses?

Startups and businesses stand to lose the most if the current Net Neutrality rules are replaced by a “fast lane/slow lane” Internet.

The argument for how fast lanes stand to hurt small business is best explained in terms of the current standoff between ISPs and content providers; consumers are already paying for access to the “pipe” that connects them to services like Netflix, and without regulation ISPs could easily charge the service — Netflix in this case — for prioritized access to the consumer.

A situation where startups have to pay high fees to attain the same speeds available to established corporations is far from ideal for young companies, especially in a medium like the web known for its friendliness to the underdog.

There is a common misconception among Net Neutrality opponents (and supporters, for that matter) that the Internet has never been regulated before, and that deregulation will spur infrastructure and innovation.

But the fact is that the Internet has been regulated under Title II for more than half of its existence — including the entire dot-com boom of the late 90s.

To understand how we got where we are today, it’s important to understand the history of the relationship between the FCC and the Internet.

The FCC and the Internet: a brief history

Older readers might remember that the Internet was called “dial-up Internet” for much of the 90s. That’s because the Internet was delivered over phone lines — and phone service providers are common carriers delivering a public utility — and, therefore, the original Internet was subject to the exact same regulation under Title II as phone providers were. ISPs sold bandwidth, access was equal to anybody willing to pay for bandwidth, and that was that.

When DSL started to replace dial-up connections, the FCC continued to regulate it as a public utility, regarding ISPs as common carriers. Aside from Internet-specific changes to the FCC under the Telecommunications Act of 1996, nothing changed when it came to Title II — but importantly for the Net Neutrality debate, cable modem operators were clearly defined as telecommunication services.

Then the situation started to get interesting…

Cable broadband entered the picture, and this time around the FCC decided to define broadband Internet as an “information service” rather than a “telecommunications service.” Which didn’t make a lot of sense, seeing as that lumped ISPs together with information services like Google.

ISPs provide access to the “pipe.” Google delivers info via the pipe.

Short version: this ruling made no sense.

The result: Title II no longer applied to broadband Internet, allowing ISPs to throttle and cut off users at will, leaving Internet access and pricing entirely up to free market forces.

Why the FCC took this route is not entirely clear, but an FCC press release from shortly afterward explains that “…the ultimate resolution of this item will promote broadband deployment, which should result in better quality, lower prices, and more choices for consumers.”

…Which is basically the opposite of what we’ve seen in the decade since.

Only a few years later similar deregulation came to DSL and phone services, setting the scene for the massive-scale monopolies currently dominating the markets.

Should Internet really be a utility?

For the most part, politicians and the general public agree that that Internet should be subject to some degree of regulation — although ISPs and most Republicans consider the current Title II regulation to be overly restrictive.

Like water or electricity, Internet has become a critical need for every aspect of life from education to employment. Studies have shown that Internet access improves grades and boosts employment, and White House reports have consistently pushed the need to expand broadband access to underserved communities.

What it all means

We’ve seen two versions of the Internet since Tim Berners-Lee’s first webpage went live in 1989; the regulated internet of the 90s, and the deregulated Internet of the 00s. In both case, Internet access has been far from equal.

Regardless of whether the FCC or the ISPs have their way when it comes to Net Neutrality, consumers can be sure that it’ll take considerable action on a grassroots level to create a truly competitive and innovative American broadband marketplace.

The outcome of the Net Neutrality debate will ultimately determine who gets the power to decide how broadband Internet infrastructure is priced and distributed in the US — with government regulations on one side and free market forces on the other. Given that both sides of the table have compelling arguments in their favor, it’s critical that consumers stay engaged and continue to demand a free, open Internet.

How to Design a Supercharged Home Network
Where the 2016 Candidates Stand on Broadband, Net Neutrality, and Internet Issues