Smart Grids: Why They Matter for American Infrastructure Initiatives

Smart grids are critical to modernizing the US electric grid and broadband infrastructure.

With the rise of connected technologies and failure of American cities to keep up with the efficiency of other developed nations, modernizing the US’s electricity grid has become a national security priority to the federal government.

Power distribution infrastructure across the US has been slowly degrading for decades, as aging equipment and networks struggle to keep up with the increasing demand for electricity. Our broadband infrastructure could use some help, as well.

These issues have been compounded as new technologies and systems, such as electric vehicles and the burgeoning Internet of Things, create new types of demand for the power grid.

The US electric grid was designed and built in the 1890s and has been updated piecemeal through the years as new technology has become available. But nearly 70% of transmission and distribution lines in the US are more than 25 years old, according to data from the Department of Energy. Some even joke that the grid has changed so little over that Thomas Edison would still be able to recognize its fundamentals.

There is a growing consensus that the power distribution system needs to be updated and modernized in order to leverage automation, connectivity and renewable energy resources to handle the increasing power demand and complexity of our electricity needs. Utilities across the US are now deploying smart grid technologies to help bring power systems into the digital age.

What is a smart grid?

Smart grid refers to the introduction of two-way communication to the electric grid. The electric grid is a large and complex system comprised of disparate and unique assets. Power generation facilities can range from nuclear, coal, and natural gas to renewable sources such as large-scale solar PV and wind. Transmission lines – such as overhead power lines and underground cables – carry high voltage electricity from generation centers to communities.

The distribution network is comprised of the electricity lines that carry reduced voltage electricity from transformers to individual customers. Traditionally, electricity grids work with one-way communication: a house requests power and the utility provides the power. Grid operators oversee the entire system, from generation to transmission and distribution, monitoring power demand and supply in order to keep the system running.

Smart grid technologies introduce automation, controls and digital technologies that can increase reliability, availability and efficiency of the power grid. These technologies include phasor measurement units (PMUs) that enable grid operators to assess grid stability, digital meters that are able to spot outages more quickly and help consumers monitor their power consumption, relays that can detect and remedy substation issues, automated feeder switches that are able to re-route power around outages, and battery technologies that enable grid operators and home owners to store energy for later use.

DA systems enable “self-healing” grids, which are able to re-route power around a failure or outage. DA is a relatively new technology and hasn’t yet been deployed across much of the grid. The research firm GTM Research has predicted that under-investment in the distribution grid in the past will drive deployments of distribution automation in the future.

Residential solar and other renewable energy technologies poise unique challenges to the grid because they are contingent on weather. A rooftop solar installation, for example, usually produces the most energy during the middle of the day, when demand for electricity is low. This can create imbalances in the grid when power generation is mismatched with power demand from customers.

As residential solar and other renewable DERs expand, grid operators must modernize systems in order to accommodate new types of energy demand throughout the distribution system. And because not everyone has installed rooftop solar, or is charging their EVs at their home, these technologies and their impacts on the grid are highly localized to specific areas of a utility’s service footprint, which means that utility operators must accommodate these technologies at the distribution transformer level, rather than on a system-wide basis.

DA technologies that are able to re-route power distribution via automation are able to minimize outages and prevent rolling blackouts from forming. The network of sensors and automation processes are able to detect and isolate outages, helping to ensure electricity recovery occurs more quickly.

Fault location, isolation and service restoration (FLISR) technologies are able to automate power restoration, helping to restore power potentially in a matter of minutes, rather than hours. Fully automated switching and validation increase the reliability of the grid. Outage management systems (OMS) and other data management systems enable grid operators to create detailed outage maps for customers to stay informed on service restoration efforts. DA systems are also able to prioritize strategic routing to emergency services during inclement weather or other disasters.

Smart grid technologies reduce operational and maintenance costs for grid operators. AMI systems that automate metering and billing help to reduce the need for truck rolls and lower labor costs, which utility providers may choose to pass on to customers. Increased automation and digitalization of components of electricity services help to improve customer service and increase customer satisfaction, while optimizing revenue collection. Large-scale deployments, and deployments in rural areas where customer densities are lower offer the greatest opportunity for savings in operations and maintenance for utility providers.

Smart grid technologies enable customers to monitor their energy use, through deployment of AMI and growing penetration of customer-side smart thermostats, which allow customers to track their energy consumption and costs. AMI and smart thermostats offer customers new control over electricity consumption and costs, and can help customers shift their consumption patterns according to demand and peak periods. Reductions in overall energy use can help lower costs on energy wholesale markets, which utilities may then pass along to customers in the form of reduced electricity rates.

Integrating large-scale renewable energy generation facilities into existing distribution systems poses significant challenges that smart grid technologies can address. Renewable energy generation from sources such as wind and solar can be intermittent and volatile, as weather conditions significantly impact generation capacity of these sources. This introduces uncertainty in generation output that must be supplanted by ramping up traditional power generation facilities such as coal or natural gas to meet power demands and in anticipation of weather events that may impact renewable energy sources. Smart grid technologies can be used to incorporate weather forecast data into operational systems, enabling fast automatic responses for generation ramps.

Demand response (DR) systems are used to manage consumption along with a feeder based on energy supply conditions and help balance supply and demand for power during generation scarcity surplus situations. Microgrid technologies create local networks of DERs that can operate in isolation from the larger grid if needed. Microgrids manage local energy supply and demand.

Operators can also create virtual power plant (VPP) systems, which allow customers connected to the grid to potentially sell energy in the market that they may be generating from residential solar or other customer-owned power generation systems. Together, these technologies can improve the reliability of an electricity grid by aggregating DERs and using microgrid, DR and VPP systems into a unified framework. An integrated framework can help reduce peak-load demands by leveraging DERs, thereby reducing reliance on expensive carbon-producing energy generation.

Substations act as important relay points for data aggregation along transmission and distribution lines and are typically equipped with Ethernet-enabled intelligent electronic devices (IEDs). At the customer end, some utilities have even experimented with utilizing customers’ own home broadband networks in lieu of installing smart meters.

Smart grid technologies have created a win-win scenario for public utilities and communities that are interested in building municipal-owned broadband networks. Utility providers looking to incorporate smart grid technologies need to deploy connectivity along the grid to take advantage of the advanced sensors, software and monitoring tools used in smart grid solutions. By building out and managing a fiber optic network, for example, utilities can sell broadband service to customers and generate new revenue streams to help pay for updating and modernizing the grid. Customers benefit by having access to a more competitive broadband market in their community and are able to take advantage of the benefits of a smart grid, too. Despite considerable resistance at the state level, there are a number of organizations aimed at promoting utility and municipal partnerships for deploying broadband networks in rural areas, including the NTCA, NISC, NRTC and CFC.

Smart grid funding: where is the money coming from?

The federal government has distributed billions over the past decade aimed at grid modernization and smart grid technologies. The 2009 stimulus package included $32 billion for grid infrastructure improvements, including $4.5 billion in grants for smart grid-related projects, as part of the Smart Grid Investment Grant (SGIG) Program and the Grid Modernization Initiative. Electricity utility recipients matched or exceeded this investment dollar-for-dollar, according to the Department of Energy.

Utility providers are able to access funding for rural broadband initiatives that dovetail with smart grid deployments. The FCC’s National Broadband Plan contains special considerations in leveraging broadband infrastructure to improve energy efficiency. The FCC opened up funding opportunities to utilities promising to build rural broadband networks under the Connect America Fund phase II auction. While these projects do not include smart grid technologies, they may be leveraged in the future by those utilities to update grid infrastructure.

The USDA has also distributed funds that are being used for smart grids. In August 2018, USDA Secretary Sonny Perdue announced $345.5 million would be allocated to 20 infrastructure projects to improve rural electric service across 14 states, with $7.9 million earmarked for smart grid technology. The money is being dispersed through the agency’s Electric Infrastructure Loan Program.

Additional grants from sources such as the National Science Foundation (NSF) are being allocated to smart grid projects and research into smart grid technologies. In September 2018, for example, NSF awarded a $20 million grant to research organization consortium in New Mexico for the development of the New Mexico SMART Grid Center. The grant includes an additional $4 million in matching funds from local sources, including University of New Mexico, New Mexico State University, New Mexico Tech, Sandia National Laboratories and Los Alamos National Laboratory.

The National Rural Electric Cooperative Association (NRECA) launched a Smart Grid Demonstration Project in 2013, with $68 million of funding available to electric utility co-ops. Half of that money came from the Department of Energy’s stimulus grant. The project enabled 23 utilities to pilot smart grid projects and share best practices and lessons learned.

State governments are also implementing grid infrastructure projects and dispersing funds. In October 2018, for example, New York governor Andrew Cuomo announced $173 million to modernize New York’s power grid. The funding is coming from the state’s New York Power Authority. Municipalities are leveraging public-private partnerships to fund grid modernization and broadband network deployments. The City of Pittsburgh, Pennsylvania, for example, has partnered with the University of Pittsburgh, Duquesne Light, People’s Natural Gas and NRG Energy and the Department of Energy for a smart grid initiative aimed at developing a “grid of microgrids” across several neighborhoods in the city.

It’s unclear if further infrastructure investment programs will allocate funds specifically for smart grid projects. The Trump administration’s $1.5 trillion infrastructure investment plan, for example, doesn’t contain any programs for modernizing the grid or deploying smart grid technologies. Currently, there is at least one bill aimed at smart grid development. Senate Bill 1874, introduced by Sen. Ron Wyden (D-OR), would require the Department of Energy to establish grant programs for smart grid tech demonstrations. That bill has been sitting in committee since September.

Without further support from the federal government, utility providers may wait to update components of the distribution lines as they age, which could lead to uneven modernization and piecemeal smart grid deployments and wider incompatibility issues as technology advances faster than existing assets are replaced. 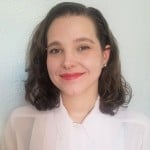