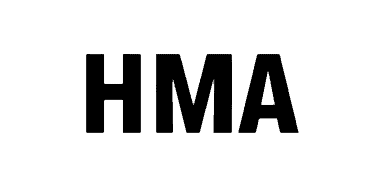 HMA VPN (sometimes written as HideMyAss! or Hide My Ass) is a UK based VPN touted as “the largest VPN service on Earth.” In addition to the size of its server network, HMA is primarily designed to keep your web browsing as private and secure as possible. In fact, HMA is one of the best VPN services when it comes to protecting your local network and data.

That said, it’s often difficult to discern between different VPNs that seem comparable at first glance. Fortunately, HMA stands out in a number of ways. With VPN providers sharing so many similarities, below we cover what makes HMA unique and whether it’s right for you.

HMA boasts dozens of features to entice prospective users. However, there are a few features that really make the HMA VPN service stand out:

How Does HMA VPN Work?

Like most VPN services, HMA conceals your local IP address by routing the connection through a remote server and encrypting all data in transit. This can make it seem as though you’re in a different location, thereby protecting your identity, providing an added layer of security to your internet browsing, and granting access to region-specific websites and services. Once you subscribe to HMA, you can simply download the application and turn the VPN on to start using the service. As of 2021, the application is compatible with all of the following operating systems and devices:

HMA promotes itself as a VPN designed for security, but it can also be used for other purposes. Accessing region-specific content is one of the most common reasons to acquire a VPN like HMA. By routing your connection through a different server, you can access services like Netflix, Hulu, or Amazon Prime from just about anywhere in the world. However, using a VPN to access region-specific content is a breach of the Netflix terms of service (as well as many other platforms). Thus, you should always proceed with caution when using a VPN in conjunction with a streaming platform.

As previously stated, HMA considers itself “the largest VPN on Earth” — and for good reason. With more than 1,100 servers in over 210 countries and territories, HMA provides more coverage than just about any other VPN on the market. That said, there are still some locations where you may not be able to use HMA. Additionally, your proximity to a server could affect your connection speed and stability. So, let’s take a look at all of the countries in which you can currently use HMA:

HMA offers a total of seven different plans based on the number of devices you want to use and the length of the service period. If you want the standard plan (up to five devices at once), you can choose between the 1-month, 12-month, 24-month, and 36-month plans. Alternatively, if you want to use up to 10 devices with one subscription, you can still choose between the same plan lengths. Here are the prices for all of the five-device plans:

If you need to use more devices at once, you can also choose between one of the following 10-device plans:

As you can see, you can get the most savings by choosing the five-device plan and paying for the first three years in advance. While you can’t get the same savings with any of the 10-device plans, you still save the most money by choosing the longest term length (36 months). Going with a month-to-month plan may give you more freedom to cancel the service at any time, but you’ll end up paying a lot more if you keep the service for an extended period of time.

It’s important to note that HMA is one of the cheapest VPN providers on the market. NordVPN’s cheapest plan comes out to $3.71 per month, while the cheapest plans from ExpressVPN and Hotspot Shield are $8.32 and $6.99 per month, respectively. So, if you’re willing to sign up for a three-year plan with HMA, you will spend a lot less than you would with most other VPN providers.

Most of HMA’s deals come in the form of discounted long-term plans. You can save up to 75 percent of the standard price if you opt for a three-year plan. However, you can find various coupons through third-party providers like Coupon Codes. Additionally, if you’re a student, you can take advantage of HMA’s student discount of 75% off any three-year plan.

HMA offers customers two ways to try out its service free of charge. First, you can sign up for a seven-day free trial. This will give you a full week to try out HMA free of charge. As long as you cancel before the week finishes, you will not be charged for the service.

If you want more time to try HMA, every subscriber gets a 30-day money back guarantee. To take advantage of this deal, you will simply need to sign up for a plan and cancel it before the 30-day period ends. You will also need to contact HMA customer service to confirm your cancellation and refund.

How to Cancel HMA VPN

HMA makes it very easy to cancel your subscription at any time. You simply need to log in to your account, navigate to the control panel, and click on “Cancel Subscription.” Then, you will be prompted to confirm your cancellation. This process is the same whether you sign in on Mac, Windows, or the iOS or Google Play app. For more information on cancelling, consult HMA’s plan cancellation tutorial.

Is HMA VPN Any Good?

HMA was founded in 2005 in the United Kingdom, but it became a subsidiary of a Czech-based security company, Avast, in 2016. Since its earliest days, HMA has worked to uphold the highest cybersecurity standards and continually grow its network of servers. And while HMA faced some backlash for handing user logs over to the U.S. government, it has since stopped all logging of user info.

Though it may get overshadowed by some of the more well-known VPN providers, HMA is actually one of the best options available in 2021. Not only does it offer great security features and low prices, but it also has one of the largest VPN server networks in the world. This means you can enjoy the benefits of HMA from just about anywhere.