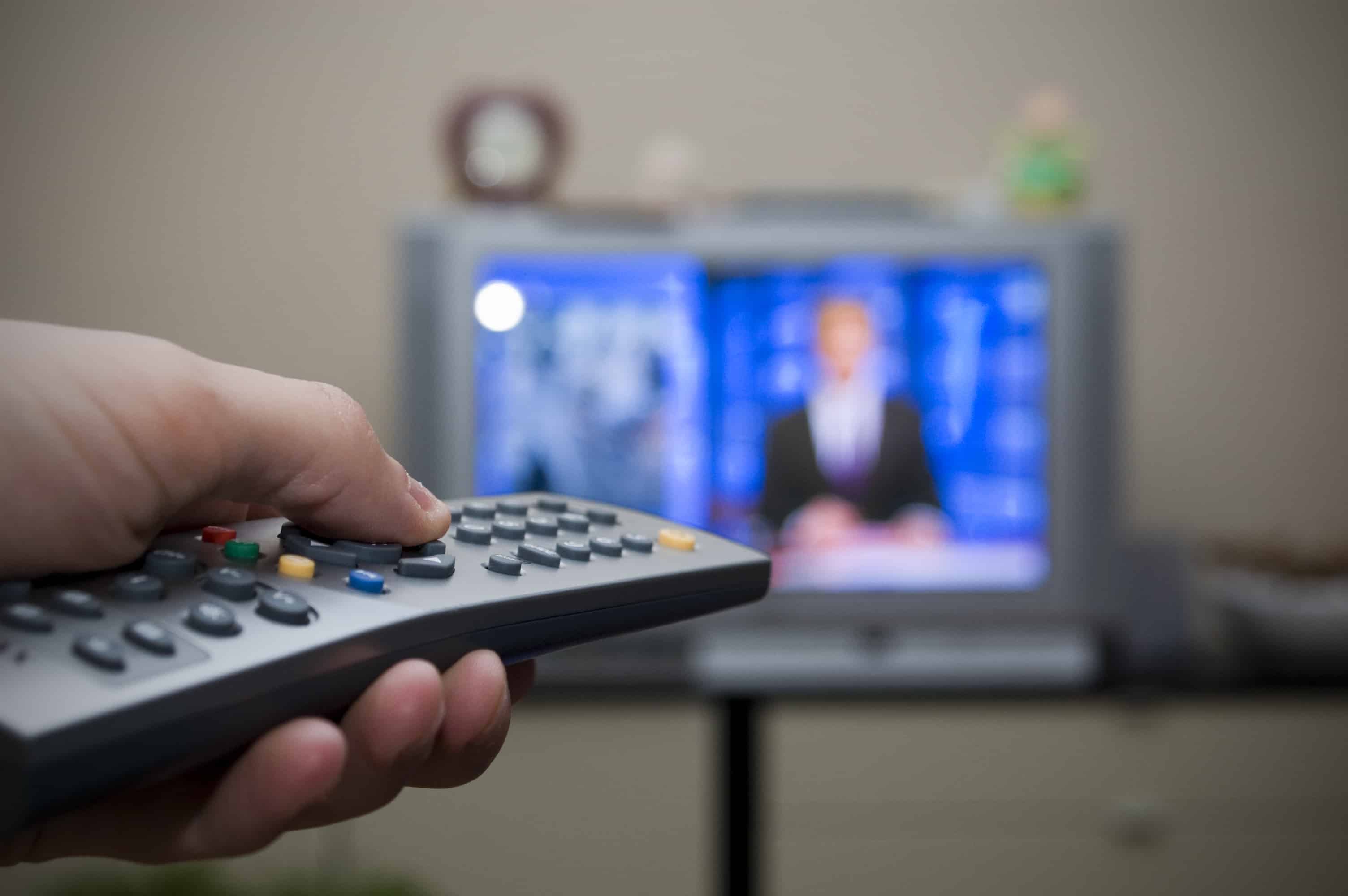 How to Choose the Best Media Streaming Services and Devices

The number of cable customers “cutting the cord” from traditional cable in favor of over-the-top streaming services grows every year. 8.2 percent ditched cable in 2014 alone, driving big media players like Amazon and Google to step up their game in the battle for the box that sits on top of your TV.

With satellite and cable TV bills easily topping the 100 dollar mark monthly, it’s no wonder that consumers are opting for streaming services like Hulu (only $7.99 per month) and streaming devices like the Roku ($50 for the entry-level Streaming Stick device).

The only drawback is that the wide selection of streaming services and devices sometimes makes it difficult to figure out which of the many options is best for you and your household.

In this post we break down the pros and cons of every major streaming device and service on the market to help you understand which home media setup best suits your needs.

Streaming services essentially come in two styles: subscription-based services where you pay a monthly fee for unlimited access, and subscription-free services that offer individual films and shows “a la carte.”

Here are the current major players in both categories:

Hulu is the “freemium” of streaming services, with an impressively wide selection of completely free TV and film. Premium subscriptions (Hulu Plus) currently run $7.99 per month and get you access to even more content, plus allowing you to customize the ads you see. Ads are the only real downside to Hulu.

On the plus side, they’ve taken strides to make up for it by acquiring content much faster than Netflix and Amazon Prime, their major competitors. Episodes of popular shows like “Community” frequently become available as soon as 24 hours after cable release, contrasted to Netflix and Amazon Prime where you often have to wait for the full season release months later.

Similar to iTunes, one of the selling points of Amazon Prime is “a la carte” access to individual films or TV episodes. A subscription will run you $99 per year for almost unlimited access (that breaks down to 8.25 per month), but you can also purchase single episodes or seasons a la carte, even as a non-subscriber. Amazon has some original series content, although not nearly as much (or as high-profile) as Netflix.

That said, Amazon Prime is a huge service; even if you’re just signing up for streaming purposes, Amazon Prime perks include free two-day shipping on Amazon items and access to the Kindle Lending Library. (Should you fancy an old-fashioned book once in a while.)

You know a service has to be good when its name becomes synonymous with what they’re selling. “Hey, you wanna Netflix tonight?”

Netflix has two big things going for it: an enormous film selection, and an impressive roster of original series content. (Master of None, anyone?) Unlike with Hulu and Amazon Prime, getting access to single episodes or free content on Netflix isn’t possible outside of free trials, but at $8 per month the subscription costs aren’t that bad.

Higher-tier plans that include physical DVD delivery are also still available, which could be handy if your Internet is laggy or limited.

Vudu, owned by Wal-Mart, is the new kid on the block; think iTunes for movies, or Blockbuster for streaming. The twist is that there’s no subscription plan, so content comes in the form of digital purchases and rentals.

The selling point with Vudu is that they get movies quicker (on day of release, contrasted with 28 days before Netflix). Another selling point is speed and convenience: Vudu uses a unique mix of peer-to-peer and third-party content delivery networks to deliver content, and since the whole UI is cloud-hosted you get real-time integration with Rotten Tomatoes, Wikipedia, Facebook, and other relevant sites.

The main downside of Vudu is the high rental prices ($5.99 for an HD rental) and the limited TV selection.

Like Vudu, iTunes is subscription-free. While it used to be mostly known for music downloads, the recent launch of Spotify-esque music streaming from Apple Music signals that Apple is positioning iTunes to take on the other major OTT services.

As you might expect, where iTunes really shines is with iOS setups like the Apple TV, earning plus points on user friendliness and streaming quality. iTunes also beats out Vudu when it comes to international availability; while Vudu is only available in the US and Mexico (without a VPN anyway), iTunes is available in dozens of countries worldwide.

When you think of Netflix, a lot of us think of watching documentaries in bed with a MacBook on your belly. While watching TV on a laptop screen has its charms, most TV and film viewers prefer the traditional home media experience of lounging on the couch in front of a dedicated TV screen.

Luckily, a host of media streaming devices make streaming content directly to your TV as simple as plugging in an HDMI dongle or plugging in a sit-on-top box.

Here’s a rundown on the devices currently dominating the streaming marketplace:

Roku has several streaming devices on the market, with the two best-value options currently being the Roku Streaming Stick and the Roku 3.

The Roku 3 has a lot going for it; well over 1700 apps and 2000 channels, excellent user interface, built-in headphone jack, MicroSD slot and tons of other features.

The Roku Streaming Stick is essentially the same thing at half the price tag ($100 vs. $50), positioned as a competitor to the Chromecast dongle from Google. The Streaming Stick is a little slower and more limited than the Roku 3 when it comes to configuration, but delivers an impressive punch for such a small device.

The advantage both Roku devices have over content provider-affiliated devices like the Apple TV is that their interface doesn’t favor a particular content source, making customizing your experience much more straightforward.

Chromecast bears all the hallmarks of a Google product: cheap, multi-platform, and easy to use. Assuming you have an HDMI port on your TV, the Chromecast can keep pace with more expensive dongles like Roku, albeit with fewer apps and features.

The device has an ethernet port for those who prefer wired over Wi-Fi to keep down latency. While it doesn’t come with a dedicated remote, users who’d rather not fumble with their smartphone or laptop app (available for iOS and Android currently) can use their regular HDMI-CEC standard TV remote to control the interface.

Apple TV ($99) is the clear choice for Mac enthusiasts, enabling cool features like wireless screencasting between your Macbook and TV, and of course flawless iTune integration. Controlling the interface via your iPhone or other iOS device is a breeze.

Most of the cons with the Apple TV have more to do with iTunes than the device itself; limited TV series selection compared with Amazon, and some confusion about the separate PC-based iTunes store. The heavy focus on encouraging the Mac ecosystem means the Apple TV also support fewer apps than other devices.

The Amazon Fire TV (and other Amazon streaming devices like the Fire TV Stick) are a good pick for someone whose main source for content is Amazon Prime/VOD. While the interface emphasizes Amazon content, all the regular third-party sources like YouTube, Netflix, Pandora, and etc. are all supported by the device.

If you’re a gamer, chances are you already have everything you need to turn your video game console into a media streaming device. Consoles like Xbox 360 and PS3 take just a little bit of configuring to get access to anything you can get on a dedicated video streaming device like the Roku, including Netflix, Hulu, Vudu, and all the other major content providers.

PS3 supports the most video formats currently, making it our top choice for streaming consoles. The PS3 Media Server is easy to set up on your laptop, and once you’ve pointed it to your media files (iTunes library, etc.) you’re pretty much good to go. The PS3 remote control also offers the convenience of familiarity, with more of a classic remote “feel” than a gaming controller.

The PS3 Media Server also works really well for Xbox 260, and the setup process is more or less the same. Consumer reviews report that the video quality is comparable to the PS3, although again the fact that it supports fewer video formats can translate to some lag.

Wii is definitely the outlier when it comes to video game console streaming. It doesn’t offer specific support like the Xbox 360 and PS3, but it does offer web access via the Opera browser. There are a variety of ways to hack the device for streaming, ranging from the simple (third-party software like Orb or Plex Server) to complex (mod-chips, not recommended).

The battle for the box

2016 is likely going to come with big advances in streaming services and sit-on-top devices as media providers fight for dominance in the relatively new streamed content marketplace.

We can expect that marketplace competition will drive innovation and make clear, fast, streamed video content a reality for more Americans than every before.

In Spite of Lobbyist Efforts, over 500 Community Broadband Networks Across US
Obscure Telecoms Make Millions Signing up Dead People for Phone Plans