Below you will find the best triple play offers, TV and internet bundles, and internet only deals available for Frontier Communications. 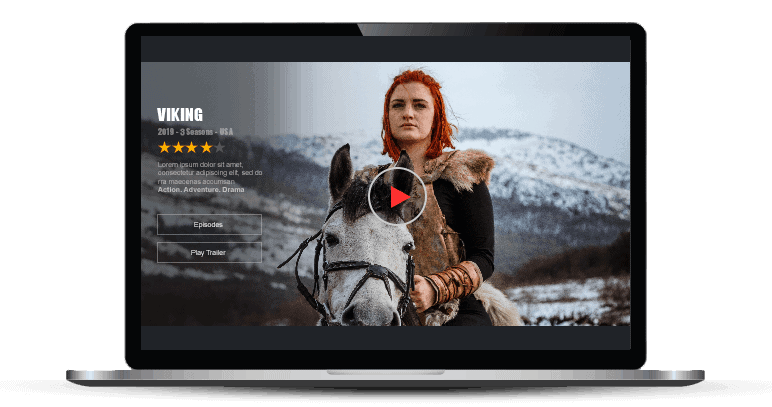 Below are the latest internet only deals Frontier Communications is offering.

Plans may not be available in all areas or to all customers and can expire at any time. Verify terms and availability with Frontier Communications. Last updated on 1/9/2021.

Frontier Communications is a major DSL and Fiber Internet, TV, and phone provider. Frontier Internet plans are available in California, Florida, Connecticut, and 23 other states as of 2021.

Most Frontier customers live in their DSL service area. Frontier’s DSL speeds are average and comparable to other DSL providers like AT&T. In suburban areas their DSL plans rival cable in terms of performance. In rural areas, Frontier DSL plans tend to underperform, due to extended distance for the signal to travel.

Frontier’s fiber “FIOS” plans are only available in certain areas. Frontier Fios plans offer symmetrical speeds that are comparable to Google Fiber or Verizon Fios in terms of quality.

Regardless of the Frontier plans currently available, there are a few guidelines you’ll want to keep in mind:

With how expensive TV packages have become, a lot of people are ditching their traditional TV service in favor of a number of streaming services like Netflix, Hulu, and Amazon Prime. These services offer a variety of content available to watch whenever you’re up for it, and are usually way less expensive than your average television package. However, streaming requires a relatively fast internet connection to ensure your shows play without any buffering.

Netflix recommends a speed of at least 5 Megabits per second (Mbps) for streaming. This number refers to the rate of data transmission, but it can be difficult to get a sense of how fast these Internet plans actually are. For a real-life comparison, consider that a 5 Mbps connection will download an HD movie of average length in around two hours. Frontier FIOS offers plans of up to 500 Mbps in select areas, which would download the same movie in around one minute.

While a plan of 5 Mbps may be fast enough for standard streaming, it’s a very slow connection if you plan to download games, for example. Even if you’re not a gamer, an internet connection that slow will start to suffer if more than one person is using the network, making it less than ideal for multi-person households — or even a single person with multiple devices using the connection at once.

Frontier Communications offers both “High Speed Internet” and “Frontier FIOS.” The speeds of these two different technologies are drastically different, and the standard High Speed Internet package may not be enough for heavy streamers. Still, in the majority of areas that Frontier serves, there will be a plan available that’s at least good enough for a standard stream.

Is Frontier A Good Option For Renters and Students?

A large portion of the country rents their homes. Many renters and students are looking for an Internet service that will work with them. Month-to-month service is generally the best option for people who aren’t sure whether they’ll be in the same place long-term.

Unfortunately, Frontier Communications isn’t a very good option for those who can’t commit to a lengthy period of time. While the prices are competitive, the best prices often require a two-year contract, which may not be feasible for renters or students.

If you’re comfortable in the knowledge that you’ll be at the service address for at least 24 months, Frontier is aviable option. If you’re uncertain or know for a fact that you’ll be moving in the near future, it might be in your best interest to look into other options.

Frontier internet plans that require contracts come with Early Termination Fees (ETFs). If you cancel early, you have to pay a percentage of the remainder of your contract. Frontier ETFs can cost up to $400, so consider paying extra for a contract-free plan if you are rent your apartment.

What Is The Difference Between Frontier High Speed Internet and Frontier FIOS?

Depending on your location, Frontier Communications offers two different types of internet service.

Frontier High Speed Internet is the most widespread of the two, using Digital Subscriber Lines (DSL) to deliver Internet data over the telephone lines. Because this technology is older, there’s a high availability across the United States, making it one of the better options for rural customers. While DSL is a much larger network than alternatives like Frontier FIOS, the maximum speeds are much lower. The DSL speeds from Frontier cap out at 24 Mbps, while FIOS reaches speeds of up to 500 Mbps.

DSL does have an advantage over competitors in terms of reliability, however. The overall speeds on the network are lower, but you’ll generally get the same speed regardless of your neighbors’ internet usage.

Frontier FIOS uses a Fiber Optic network in which data is transmitted through light that bounces between glass or plastic rods. Light moves very quickly, and so will your internet connection on this cutting-edge technology.

So if Frontier Fios plans are better, why doesn’t Frontier extend the fiber network? The simple answer is: because the network is extremely expensive to roll out. Due to financial limitations, Frontier FIOS and Fiber Optic providers have limited availability.

If you’re lucky enough to be within the area that Frontier FIOS services, you’ll enjoy some of the fastest speeds around. Otherwise, you’ll be stuck with “High Speed Internet” that doesn’t live up to its name.

The best overall value for service is Frontier FIOS TV — However, FIOS TV is only available in their fiber coverage area.

Frontier’s Dish bundle deals come through their partnership with Dish TV Network, which is a separate company. Dish offers hundreds of HD channels at attractive prices, but keep in mind it’s a satellite service. So, you’ll need a place to put a receiver dish on your roof or balcony. You’re also likely to be locked into a two-year contract with early termination fees, which is the norm with Dish TV.

Is Frontier Communications Available In My Area?

As mentioned above, the service area for Frontier FIOS is extremely limited. There are small pockets that offer service in several different states, but the areas with the most coverage are Florida, California, Connecticut, Washington, and Oregon.

Frontier High Speed Internet, on the other hand, has a wider coverage area. Frontier’s DSL service has some presence in most every part of the country with a notable gap running down the middle of the country from North Dakota down to Louisiana.

Despite the large coverage area, there’s still a chance that Frontier Communications won’t be available at your specific address. In order to see if Frontier is available, as well as to be aware of any other options serving your residence, check your address using our internet availability tool.

Frontier’s Internet plans look good in print, but in practice many customers have had issues with Frontier’s customer service. Compared to other providers, Frontier DSL as well as Frontier FIOS plans have low customer satisfaction scores and mixed reviews about technical support, account support, and etc. Frontier’s 56 ACSI (American Customer Satisfaction Index) rating is lower than average even for the broadband industry.

Before you can use your Frontier internet plan, you’ll need two pieces of equipment: the modem and the router.

The modem hooks you into the Frontier network, while the router allows you to connect multiple devices to the same network over WiFi. These two pieces of equipment are commonly combined, in which case Frontier calls them wireless “gateways.”

A dilemma to consider with most Internet providers is whether to rent or buy the router, modem, or gateway. As mentioned above, Frontier Communications usually offers Internet with a 24 month service agreement. This means you’ll be tied down with the service for two years before your service moves to a month-to-month format.

Frontier usually charges around $10 per month to rent their internet equipment. If you buy the modem and router outright, it will cost you roughly $200. This means that you’ll save around $40 by buying the equipment when you sign up for service.

There’s something to be said for avoiding such a large upfront cost, but you’ll end up saving about 20% overall if you buy the equipment yourself. Considering that you can’t cancel service within those two years without a hefty Early Termination Fee, it’s probably in your best interest to purchase the modem and router outright.

Finding real user ratings and reviews can be difficult online. That is why we only allow IP verified users to rate and review their provider. This ensures that our reviews and ratings aren’t biased.

To date, we’ve collected 19,034 ratings for Frontier. Of these ratings 33.6% of consumers said that they would recommend Frontier to a friend.

Overall Frontier’s approval rating of 33.6 is worse than the average provider rating of 48.4 on BroadbandNow.

Frontier has availability in 26 states including California, Florida, Connecticut, and 23 other states. In total they cover 30.5 million consumers. You can see the full map of Frontier’s availability on our Frontier company page.

By clicking "Get My Free Quote »" above, I consent to receive from Broadbandnow and any party on Broadbandnow's behalf telemarketing calls using an autodialer or pre-recordings and SMS text messages at any time, which could result in wireless charges, at the number provided above. I understand that consent is not a condition of purchase.