View the coverage map below or enter your zip code to see if broadband internet from Cox Communications is available in your area.
Please enter a valid zip code.
Cox Speed Test Cox Customer Reviews 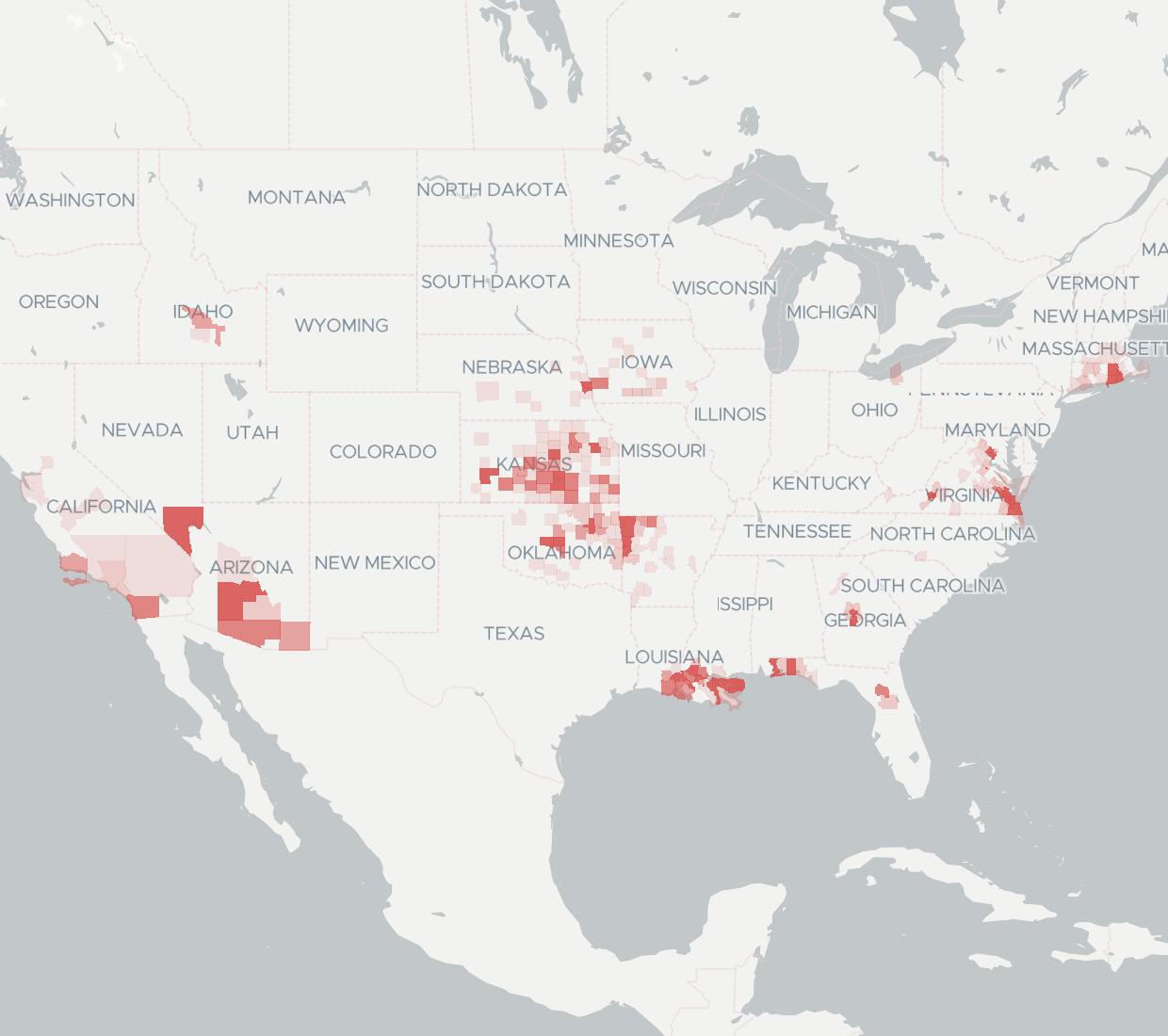 Cox Communications offers internet service across 18 states with the greatest coverage in Arizona, California, and Virginia. Cable internet from Cox Communications is available to an estimated 20.9 million people, making it the 3rd largest residential cable provider in the U.S. by coverage area.

Cox Communications is a major cable Internet provider in the USA. Their services include cable Internet, TV, and digital phone service. Cox TV service is branded as “Contour TV,” and they also have begun to offer home security and “smart home” automation products in recent years, branded as “Homelife.”

Cox is a cable provider, which means that the “last mile” of a subscriber’s Internet connection is delivered over coaxial cable lines. These cables were originally used to send TV signal, which is why most “cable” Internet providers have their origins as cable TV providers (and still provide TV, although it’s all digital now). The benefit of coaxial compared to other technologies like DSL or satellite Internet is that it provides high bandwidth and high download speeds. It falls short of fiber connections on these metrics, but since coaxial networks are so widespread Cox is able to provide high-speed cable Internet to many customers who otherwise would be stuck with a slower, more expensive option. Cable from Cox is generally seen as a cost-effective way to get strong Internet speeds and TV service to the average consumer household.

37,878 ratings for Cox have been submitted to BroadbandNow to-date. We verify these ratings and reviews using IP-verification. Among those collected so far, Cox cable has a 45.0 percent approval rate. This sounds low on the surface, but is relatively normal in the cable industry. The average rating for all providers we’ve run polls for is 48.4.

As of the first quarter of 2018, Cox held the #2 spot on Netflix’s ISP Leaderboards for speed and streaming suitability, coming in just behind Comcast Xfinity and just ahead of Verizon Fios. This is largely due to their focus on consistent, reliable download speeds across their service area.

Cox formerly began offering mobile 3G services in some areas, but has since backed out of that direction and instead works with Sprint to provide wireless deals to customers.

Cox offers low-income Internet access plans through the Connect2Compete program. This program makes low-cost plans available to residents within Cox availability areas who have one or more K–12 children and also participate in one of the following governmental assistance programs:

Cox Communications offers cable Internet services in Arizona, California, Virginia, and 15 other states. Cox is one of the largest telecommunications companies in the USA, with a population coverage of 20.9 million. Las Vegas, Phoenix, and Oklahoma City are among the largest cities within the Cox coverage footprint. Additionally, Cox offers a public Wi-Fi network of 500,000+ “hotspots” for on-the-go use by Cox customers. These hotspots can be found in public areas throughout the Cox network.

*Accuracy not guaranteed. Use the zip search and check with Cox Communications directly to verify availability.