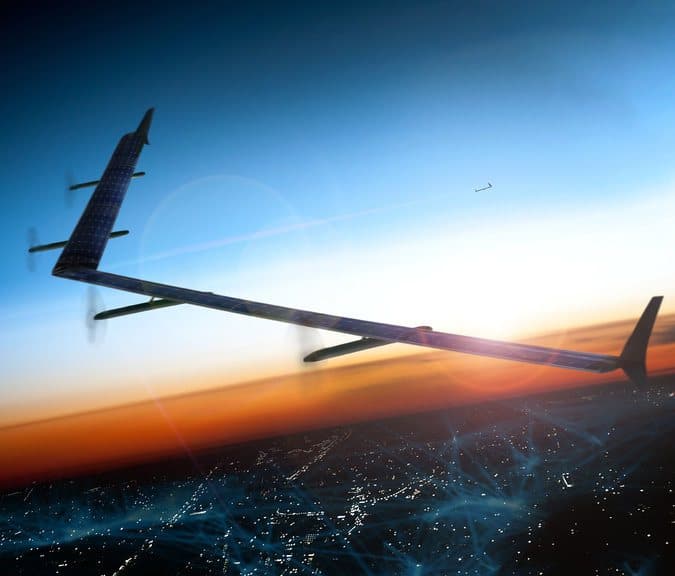 Imagine if your internet was ten times faster, ten times cheaper, and accessible anywhere — even Mars, if an interplanetary journey strikes your fancy.

Current internet infrastructures fail to connect 3.8 billion people worldwide, and frustrated consumers want to know: “when will the future finally get here?”

While wired technologies will continue to play a crucial role in closing the digital divide, there are several technologies that will be key in areas where physical infrastructure isn’t feasible.

From grassroots wireless mesh systems on the ground to high-tech satellites in low-earth orbit, we’ve rounded up the strongest contenders promising to bring internet out of the phone lines and into the future. No harm in dreaming…

When it comes to internet connection Cuba has long been like the dark side of the moon — yet World of Warcraft, file-sharing services and active chat rooms can be found operating in the homes of over 9000 Havana residents. How is this possible, in a country where the long-standing embargo ensures that modern hardware stays on the other side of the ocean?

It’s all made possible by the magic of wireless mesh.

Wireless mesh works by using distributed groups of “nodes” — radio transmitters, bluetooth devices, etc. — to create a smaller, self-contained version of the internet. The locals call it Snet, for “streetnet.”

It may not connect to Netflix or anything else on the mainstream internet, but it’s perfectly functional for day-to-day needs like communication and file sharing.

The dependance of mesh networks like Snet on individual devices rather than centralized service providers mean that the network grows stronger the more people use it, as well as make it difficult to shut down forcibly. Doing so would require finding and disabling every single device, and an established mesh employs hundreds to thousands of them.

This durability makes wireless mesh particularly useful in situations where the government is likely to discourage organization via social networks like Twitter, as in the protests in Egypt in 2011. Mesh networks are also far more resilient to natural disasters, creating the potential to maintain communications and save lives in instances like typhoon Haiyan in the Phillipines or hurricane Katrina in New Orleans.

So… how exactly do you make a mesh network at home?

For the less technically inclined, it can be as simple as downloading a peer-to-peer messaging app like Firechat, which uses bluetooth to create mesh networks between devices on-the-fly. Recent applications in the Hong Kong protests drew the app an avalanche of press attention, and it’s likely that similar services will soon be on the market.

So here’s the plan: Mark Zuckerberg beams internet from the sky using solar-powered drones. If you don’t believe me, see this post by the Facebook founder himself:

In our effort to connect the whole world with Internet.org, we’ve been working on ways to beam internet to people from the sky.

A prototype, nicknamed Aquila, has already been built. According to internet.org engineers it can stay airborne for a month at a time, tracing 3 kilometer circles over a target service area. On-board lasers beam data to base stations on the ground at a brisk 10 gigabits per second.

Although internet.org plans to partner with local ISPs in service areas rather than market to users directly, the program as a whole has faced some backlash from net neutrality advocates. As a workaround for providing the service to low-income users at dramatically lower costs than traditional internet connections, the organization provides what critics call a “walled garden” version of the internet, where high bandwidth services are unavailable.

That means no JavaScript, no SSL, no high-res images, and obviously no YouTube. Needless to say, FaceBook and Messenger are among the permitted services.

Regardless of whether internet.org turns out to be a public service, a power play, or some combination of the two, we have to admit: the idea of drone-distributed wireless competing with traditional services is pretty awesome.

If the notion of Wi-Fi drones isn’t wild enough for you, consider what Google has to offer: giant balloons broadcasting internet from the edge of space.

Like internet.org, the mission of the project, called Google Loon, is primarily humanitarian. The goal is “to connect people in rural and remote areas, help fill coverage gaps, and bring people back online after disasters.”

The Loon balloons take advantage of varied wind speeds and directions in the stratosphere, raising and lowering to the desired current to navigate. Far out of reach of airplanes and weather, the only real concern with the balloons is that they don’t malfunction and drift away.

A pilot program in New Zealand’s south island confirmed the viability of the technology in 2013, in spite of local fear of crashing balloons. (One ocean landing was mistakenly reported to emergency services as a crashed plane, prompting a helicopter rescue mission. )

Google is currently improving the technology and forging partnerships with telecommunication companies.

Humanitarians aren’t the only ones looking to connect the rest of the world; the potential for low-orbit satellites to provide broadband speeds on a global scale is currently the subject of an arms race between Elon Musk’s SpaceX and Richard Branson’s OneWeb.

Both companies want to get to space, and both see winning the ISP game as a way to fund it. If they work, low-orbit satellites could solve many of the problems with terrestrial and fixed satellite internet connections, blanketing the world in fast, cheap, weather-proof wireless.

Musk has claimed that the network would not only be profitable, but also provide the communication services needed for his goal of setting up a colony on Mars. That said, he also cites a discouraging price tag and time frame: $10 billion and 5+ years, respectively.

Beyond the price tag, there are also physical problems to overcome. Low-orbit satellites don’t hover over an area like fixed satellites, and therefore require more units to maintain coverage. A lot more. Low earth orbit is a tight space, and the satellite density required to reach worldwide coverage means that whichever company gets there first could literally use up all the space. So, it’s a space race.

That being said, low-orbit satellites could revolutionize the satellite data industry by working around the problems keeping fixed satellite internet from competing directly with broadband:

For more info on the pros and cons of current satellite internet, see our report on the subject.

Internet the speed of light would be nice. But what if it was even faster?

The inside of a computer is a black-and-white world, where every unit of data is either a zero or a one.

Quantum units, however, are a little hairier: each base unit, or photon, can be both a “zero” and a “one” at the same time. Due to a quirk of nature, the act of measuring a photon determines its state, forcing it to “choose” between zero and one. (Well, they’re actually settling on differing “spin states,” but we’ll just call it zeros and ones for the sake of explanation.)

This matters for your internet connection because physicists have recently proven the possibility of linking photons in such a way that the state of one will determine the state of its twin — over distances as long as 1.3 kilometers, according to breaking-news test results from the Delft University of Technology.

Longer-range experiments are pending, and if the theory continues to hold true it means that information could be transmitted between two points anywhere in the universe. Instantly, like teleportation.

…And teleportation is definitely faster than 11.9Mbps, the average connection speed in the USA as of 2015.

This and similar studies have been eroding commonly held beliefs about the nature of matter since the seventies; Einstein famously referred to the quantum entanglement as “spooky action at a distance,” and speculated that experimentation would show the states were in fact defined, just secretly.

Current applications of quantum entanglement are limited to cryptography, and it’s already possible to exchange encryption keys via quantum bits, known as qubits (albeit only through a few specialized machines). Man-in-the-middle eavesdropping is a huge problem for internet security. Because qubits are altered by the act of measurement, any eavesdropping alters the key and reveal the listener’s presence.

The catch that’s keeping quantum internet from revolutionizing your download speeds is that the transfer can only go in two directions, making it problematic for network use. Distributing quantum data would require a separate “quantum internet” built to handle simultaneous zero-one particles, which for the time being is well beyond our capabilities to create.

As it stands, reliably replicating experiments with just two particles is so difficult that physicists have to contain them inside diamonds (for density) and at low temperatures (to slow them down).

Only further distance tests will determine whether the data transferred by quantum entanglement is truly teleportation or simply much, much faster than the speed of light. Current proposals involve measuring a paired photon between earth and the international space station, which would measure a distance of about 500 kilometers — not to mention bringing the technology as close to star trek-style “beaming” as possible.

Editor’s Note: While it is definitely not clear if quantum entanglement can or will ever be used for internet access, it’s implications for security and communications in general are particularly interesting. We know it’s a long shot, but since we’re talking future technology it belongs in this round up.

So when will the future get here?

Consumers are already starting to see the benefits of down-to-earth systems like wireless mesh. Localized solutions like Loon and internet.org’s drones could be up and running within a couple years.

The wait may be longer for satellite webs and quantum solutions — but the future look bright.

…Or if not bright, at least connected.