Below you will find the best triple play offers, TV and internet bundles, and internet only deals available for Grande Communications 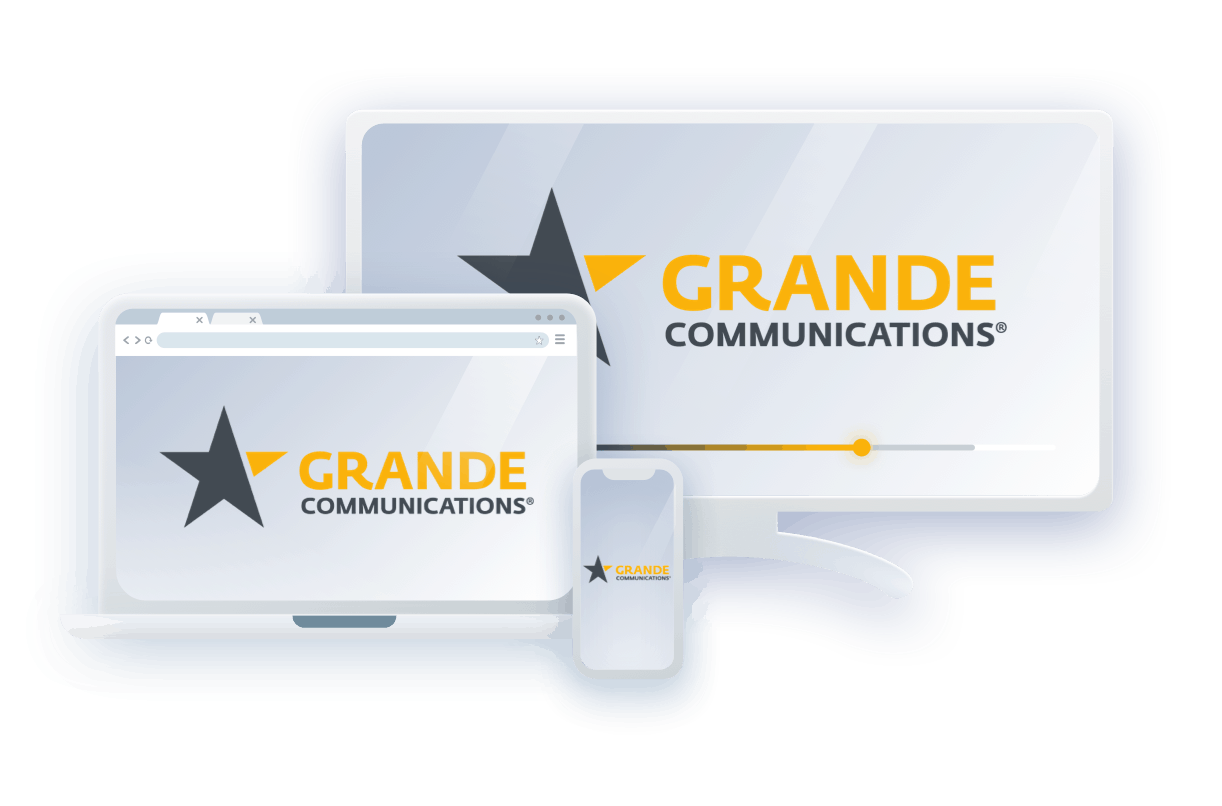 Sorry, we're unable to confirm if Grande Communications is available at this address.

Grande Communications is available at this address. Explore plans below to get started.

The deals listed below include TV, Internet, and Phone service. Generally Grande Communications offers the best promotions and discounts on these plans.

The bundles listed below include TV + Internet access and can be a good value if you want traditional TV service.

If you are considering an internet-only plan, be sure to compare with the bundle deals above. Sometimes Grande Communications offers TV or Phone service for just a few dollars more than stand-alone internet.

Grande Communications is a fast-growing Internet service provider in Texas metro areas like Dallas and Austin. Their core service is Internet, but they also offer phone and TV bundles. Thanks to their strong mix of Fiber and Hybrid Fiber-Coaxial network, they compete head to head with providers like Google Fiber and Spectrum. The latest current deals and promotions from Grande Communications are cataloged here.

As with all Internet providers, there are a few tips worth keeping in mind when comparing Grande Communications Internet plans:

Grande Communications has strong download speeds compared to other cable providers, and Fiber speeds on par with other Fiber options like Verizon Fios or Google Fiber. Fiber speeds can be expected to perform around a gigabit per second, while Cable plans have speeds in the low hundreds of megabits per second.

Both Fiber and Cable plans from Grande Communications are sufficiently fast to handle streaming in HD or 4K, which is one of the main selling points of their services. They also don’t have data caps, which allows Internet-only customers to stream as much high resolution content as they want from Netflix/Roku/etc without worrying about overage fees.

Grande’s Fiber plans have stronger upload speeds than the cable plans, so if you plan to do a lot of video chatting or uploading of large files, Fiber is worth investing in.

Grande Communications charges a small monthly fee for the modem/router unit that provides Wi-Fi for subscribers. This is common for Cable providers, but Grande gets strong points here for using modern equipment like the Eero router. (As compared to other Cable providers, who often use cheaper, older devices for customer leases.)

Using the Grande-provided router and modem is advised for Fiber customers, but customers on Cable plans can save the monthly fee by purchasing their own router up front if they desire. However, this means you don’t get free upgrades or service for home networking issues, so customers who don’t feel confident about restarting a router are likely to be better served by a lease.

Grande Communications does not have long-term contract plans, which is good news for short term users, renters, and anybody else who doesn’t want to pay a termination fee for moving.

However, they will run a credit check for new customers. If you have poor credit, they may require a deposit in order to install Internet, Cable TV, or Phone service at your address.

Because there is no contract, customers are free to cancel at any time with no penalty. Any equipment provided by Grande must be returned in order to avoid fees.

Grande Communications almost always offers discounted deals for new customers (see prices above). This is common among Internet providers as a way to get new customers to consider switching and trying their service. Especially as a small company, Grande doesn’t have the enormous advertising budget that large corporations have.

Customers sometimes get upset when these promotions time out after the first year or so. For this reason, be sure to check the final price you’ll pay as a long-term customer when you sign up. The price listed in advertising and listings like those above is usually the promotional price. Final pricing may vary from city to city throughout Grande’s Texas coverage area.

Of the 1,614 IP-verified Grande Communications customers we’ve surveyed through BroadbandNow, 69.6% considered the service worth recommending over other providers in their part of Texas.

One of the areas Grande distinguishes itself from the competition is with fast, local customer service. For customers that are used to spending hours on the phone with a call center outside the US for assistance, this is reason enough to switch.

Grande Communications has above-average consumer satisfaction ratings on BroadbandNow and elsewhere, largely thanks to the local customer service experience.

Grande has two options for setting up service: doing it yourself with a self-install kit, or scheduling a time for an install tech to come and handle it for you.

Self installation is free but can be complicated for customers who don’t understand the basics of how routers and modems operate. Grande makes self-installation an option for TV bundle customers, but again this can be overly-complex for many people even with detailed instructions provided.

Grande’s TV plans are similar to the Cable TV norm: bundles of channels arranged by channel count, with the more expensive options including premium channels like HBO, STARZ, etc. National sports, local sports, and local news are all included.

Grande uses TiVo DVRs, which can be leased with TV service for a monthly fee. TiVo DVRs provide a Roku-like experience, combining your streaming services like Netflix and the Cable TV channels in your Grande package into one interface. It is comparable to a smart TV in terms of tracking your preferences for on-demand content and distributing content to multiple TVs in your home.

Grande’s phone service is a VoIP (Voice over IP) phone service with features like call waiting and routing calls to your cell phone. Customers report that traditional POTS (Plain Old Telephone Service) may be available at some addresses. If you need POTS for a security system or other purposes, you can call the provider to check what’s at your address. POTS is being replaced by VoIP throughout the US, and availability at individual addresses is not expected to last forever, especially with a provider like Grande that is invested in modern Fiber-Optic infrastructure.

Grande is currently only available in Texas metro areas, as you can see in our Grande Communications availability map here.

An Abbreviated Guide to Internet Speed