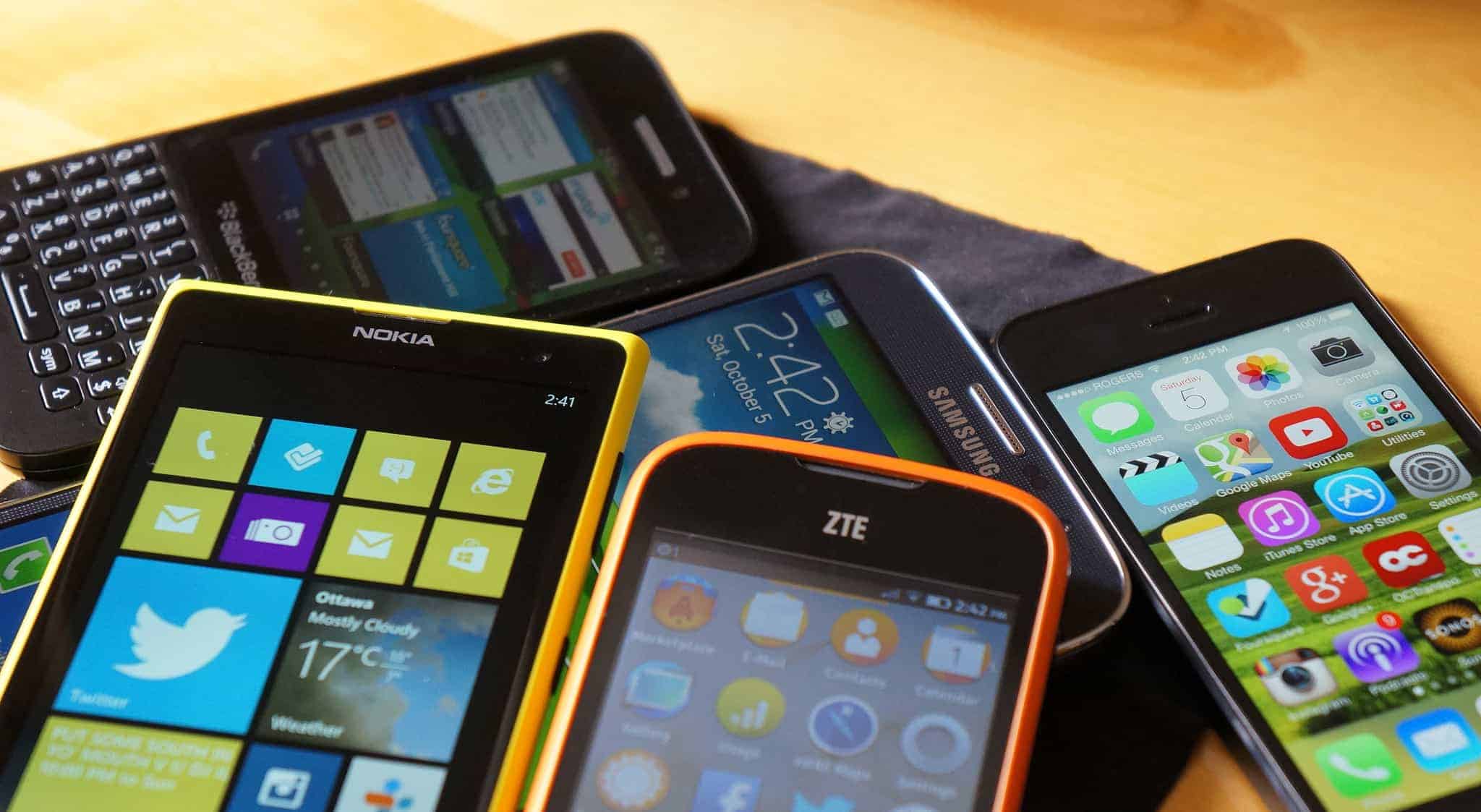 Smartphones sure are useful little devices. It’s no wonder people love them for chatting, surfing the web, shopping, playing games, and more. Smartphones also boast more flexibility than computers and are the primary (or only) way for many people to get online.

Of course, they have downsides. For instance, plenty of people keep their smartphones attached to their bodies. They do this even at the dinner table and in bed to the detriment of other relationships.

This guide explores many types of smartphone usage. It outlines stats on our favorite apps and takes a look at chronic overuse. It also discusses parents, their children, and smartphones. We also have a section explaining who exactly owns smartphones.

Smartphones offer a bevy of apps for dating, messaging, the news, photo editing, social media, you name it. Some of us also enjoy voice assistants for calling, texting, checking the weather, and other tasks. At the same time, many folks aren’t comfortable using facial recognition.

Overall, we adore our phones and spend more time with them than with our partners. The phenomenon of ignoring people in favor of our phones has had a name since 2012: phubbing.[1] Another sign of smartphone overuse is that we often drive while using our phones.

Before we delve into all that, though, let’s look at our favorite apps and games.

YouTube is the most popular smartphone app across iOS and Android

Then there’s audio. In 2020, we increasingly turned to smartphones and other mobile devices instead of radio receivers.[4]

In a Gen Z poll, 80 percent of respondents said their phone is their primary camera, although 60 percent claim to own or use a digital camera.[5] Teens’ interest in photography may have roots in the fact that they spend hours daily on social media sites. Video and photography are ubiquitous on these sites.

Americans get news more often from mobile devices versus computers

19% of Americans don’t answer when unknown numbers call
About eight in ten Americans (19 percent) ignore cellphone calls when they don’t recognize the number calling, according to Pew Research Center.[8]

What if there could be a voicemail?

People are a bit more comfortable with facial recognition technology when it is on smartphones/mobile devices themselves (vs. apps)

Most folks don’t use ad blockers on their smartphones

Phones get more of our time than our sweethearts do

Teachers’ ideas to address the issue include these:

In a study of 118 upper-level college students, students who had their cellphones and laptops open during class scored lower on subsequent exams—by 5%, which is about half a letter grade.[15]

In a different study, 30% of college students claimed they could use their devices without it negatively affecting their learning.[16] However…

48 states and D.C. ban texting while driving for all drivers. Montana (no ban whatsoever) and Missouri (partial ban) are the outliers.[18]

36 states and D.C. have cellphone bans focused on younger drivers.[18]

24 states and D.C. have handheld cellphone bans for drivers. New York was the first state to institute such a ban.[18]

3.2% of drivers stopped at intersections in an observational survey were on handheld phones. Government estimates indicate that 9.7% of drivers are on a cellphone (whether handheld or hands-free).[18]

54%of teens say they spend too much time on their cellphones.[19]

Smartphones keep us online constantly, for better or worse

The line between intense love and addiction can be fine

Whose responsibility is it to address smartphone addiction?

Cellphone and smartphone ownership by age

15% of Americans depend on their smartphones for internet at home (they don’t have broadband service at home)[23]
This reliance is more common among the young, lower-income, and those with a high school education or less.

Parents, Their Children, and Smartphones

Teens increasingly want their parents to get off the phone.

All that said, 72 percent of teens and 55 percent of parents claimed mobile divides didn’t affect their relationship with each other.

29% of teens and 12% of parents sleep with a smartphone or mobile device in their bed.[26]

60% of parents who have a child age 11 or younger say that the child has used or interacted with a smartphone. That comes in third behind a television (88%) and tablet (67%).[27]

52% of moms who use a voice assistant use it on a smartphone, more than on other devices[28]

About 7 in 10 parents say smartphones have more potential to harm their children than do good. The “more harmful than good” belief is consistent regardless of demographic (parents’ age, education, race, etc.)[27]

62% of parents with younger kids using smartphones say the kids spend an appropriate amount of time on them[27]
Pew Research talked with parents whose children 11 or younger use a particular technology such as a smartphone. The findings:

Who is in charge of kids’ smartphone use?
Overwhelmingly, parents in a Common Sense Media survey believe that parents and caregivers should be the ones regulating children’s smartphone use.

In the same survey, 47 percent of parents said their child is addicted to mobile devices. Fifty percent worry about the effects of mobile device usage on their kids’ mental health.

Teen depression symtpoms and suicide risk factors increased in 2012, right when smartphones exploded in popularity[30][31]
Among researchers’ conclusions for teens are these:

However, researcher Jean Twenge was careful to explain that correlation doesn’t prove causation. In the study, teens answered yes/no statements along the lines of, “I feel my life is not very useful,” and “I feel I can’t do anything right.”

In early 2020 (before COVID-19 in the U.S.), children had roughly equal access to smartphones, cable, and TV sets at home, regardless of household income

The Types of Smartphones We Own and the Longest-Lasting Batteries

Apple leads Android with a higher share of smartphone subscribers, as of March 2021

The story was different in January 2012…

Apple had the highest share of smartphone subscribers in March 2021; Samsung came in second

Samsung Galaxy M31 has most impressive smartphone battery life
For these battery life tests, a continuous video playback with scenes from Spider-Man 2 ran. Phones were set to airplane mode.

One thing from this list jumps out: No iPhones. So, did the researchers not test iPhones? Actually, they did! iPhones just didn’t make the overall top 20. Let’s check out some iPhone battery life findings, then.

China is #1 for most smartphone users in the world

These devices we carry in our pockets, purses, and hands sure do make for a lot of stats. As smartphones’ uses and capabilities grow, so will the number of stats, probably!