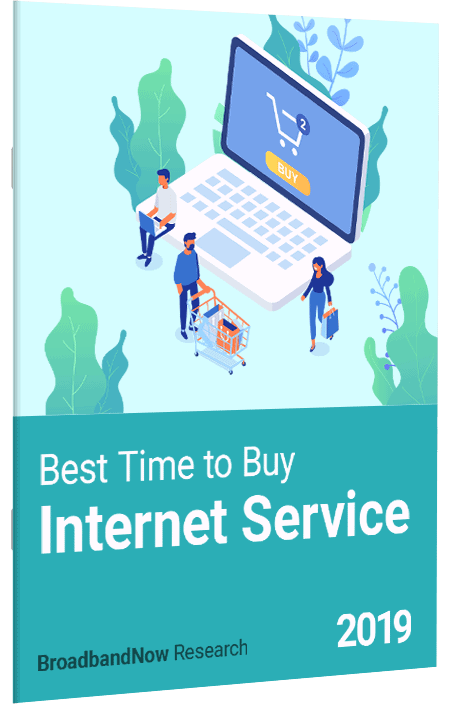 Study: The Best Time of Year To Switch or Negotiate a Lower Internet Bill

We are bombarded with advertisements about saving money on auto insurance, travel and wireless phones. But what about our home internet connections? Most Americans spend between $600 and $1,500 per year for high-speed internet, and very few of us are willing to give that up.

We analyzed every high-speed internet plan and promotion (totaling more than 500) offered by the 28 largest internet service providers from 2016-2018, and found that most Americans can save $200 or more per year by following a few simple rules on what time of year to buy and how to shop.

We also asked consumers if they thought they were getting a good deal on their high-speed internet connection, and most didn’t think so (no surprise there). However, very few were aware of how frequently prices change and all of their available options.

Are Prices Rising or Falling?

When Should You Shop for Internet?

Internet service providers change monthly pricing and promotional rates frequently. Analyzing every price change since 2016 from every internet service provider serving at least one million consumers, summer emerges as a great time to shop. The highest frequency of price drops occurs from June through September, saving savvy customers $100 to $250 or more annually. On the other hand, most price increases occur in January, September and November.

What is a “Good” Promotional Rate?

Most internet service plans come with a promotional rate, good for a limited time, until the regular rate kicks in. We evaluated every promotion currently provided by national providers so you can see where your promotional rate stacks up. Eighty-six percent of promotional rates last at least one year. The best price promotions (we’re defining “best” as top 20 percent) were $25 or less for monthly service between 25Mbps and 100Mbps and $50 or less for “ultra” high-speeds at or above 1000Mbps. 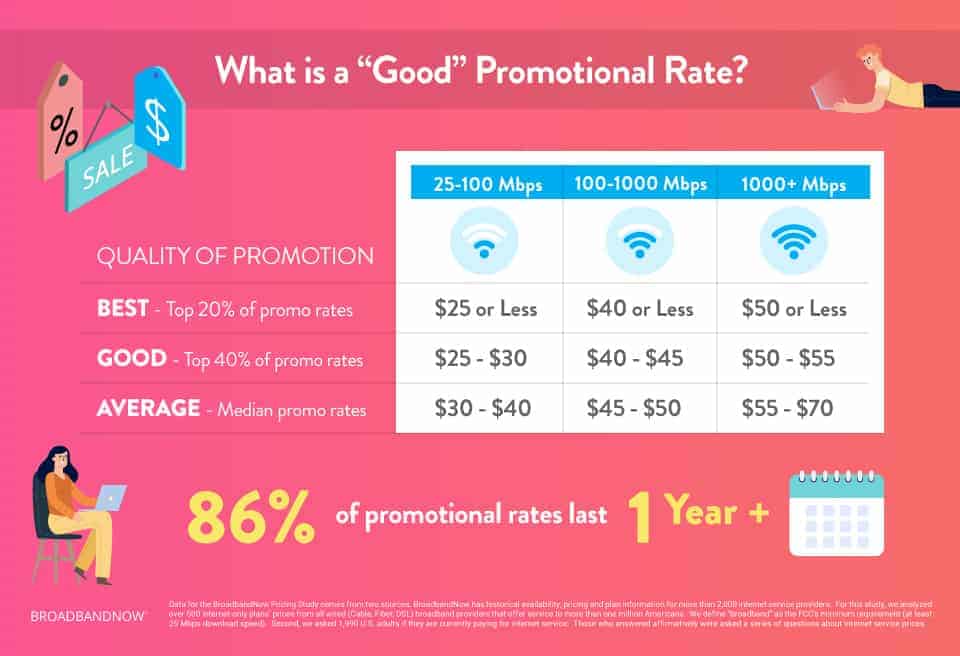 What do Consumers Think?

We asked nearly 2,000 consumers what they thought about internet prices. We discovered that very few felt they were getting a good deal on their monthly rates. Most consumers also believed that internet service providers only change prices once a year or less, whereas in reality 80 percent of providers change their prices 2-3 times per year or more. 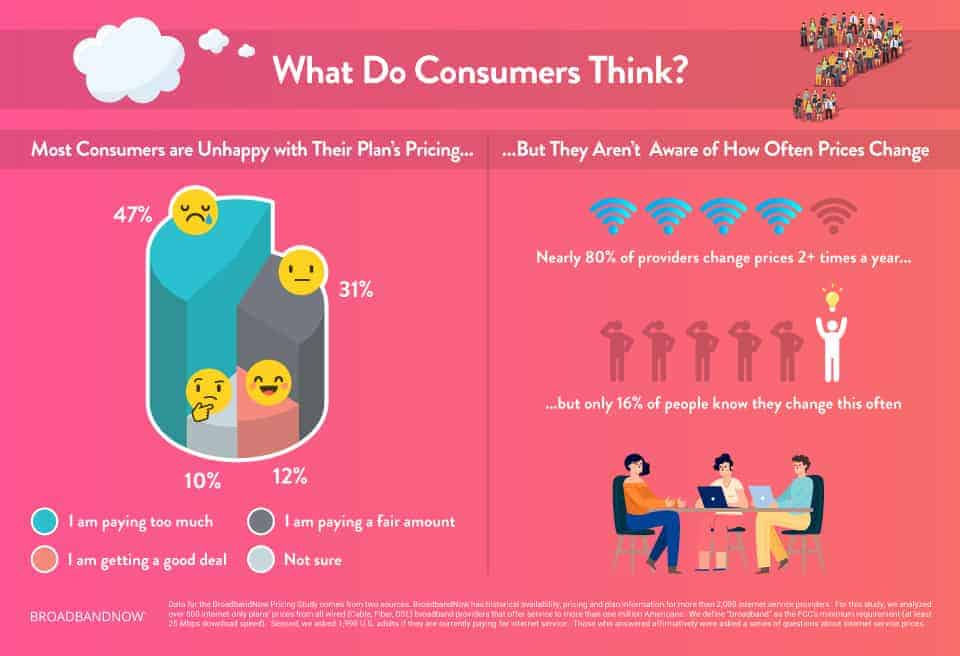 Data for the BroadbandNow Pricing Study comes from two sources. BroadbandNow has historical availability, pricing and plan information for more than 2,000 internet service providers. For this study, we analyzed over 500 internet-only plans’ prices from all wired (Cable, Fiber, DSL) broadband providers that offer service to more than one million Americans. We define “broadband” as the FCC’s minimum requirement (at least 25 Mbps download speed). Second, we asked 1,990 U.S. adults if they are currently paying for internet service. Those who answered affirmatively were asked a series of questions about internet service prices.