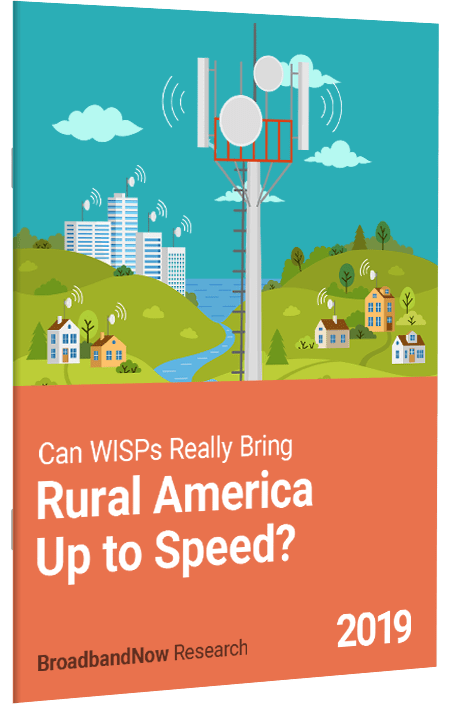 Fixed wireless is the fastest growing broadband sector, with low barriers to entry for eager entrepreneurs. WISPA (the Wireless Internet Service Providers Association) currently estimates more than 2,000 WISPs of various sizes – from fresh new startups to established providers with large footprints. The landscape is generally made up of small-to-medium-sized businesses with employee counts in the single digits. The average WISP serves around 1,200 customers and, in general, is mostly focused in rural and suburban markets. Given the more rural focus, WISPs have been touted as champions of bridging the digital divide.

Although a WISP allows consumers without wired broadband options to have internet access, the primary drawback of the technology has historically been speed. WISPs have made major strides in this department since 2015, and consumers with the best fixed wireless connections can now reliably and consistently stream video, games and leverage other “high-speed internet” features. 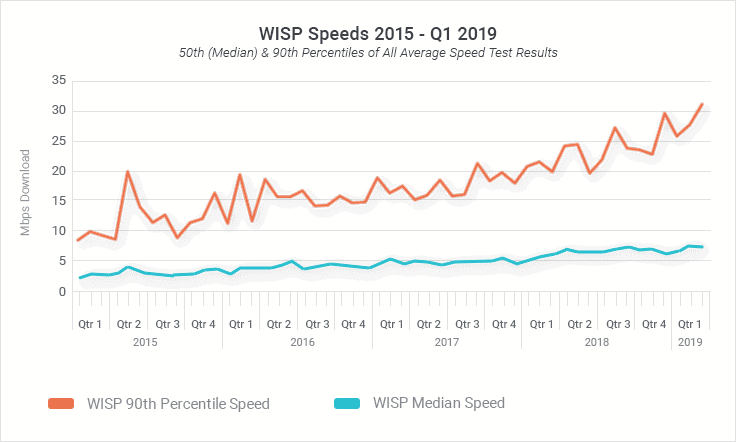 Perhaps more interesting is that the 90th percentile values of WISP speed test results now rival the median results of wired technologies. The average WISP speed still has a way to go, but there is clearly a majo gr improvement and consumers that have excellent fixed wireless connections are receiving quick performance. 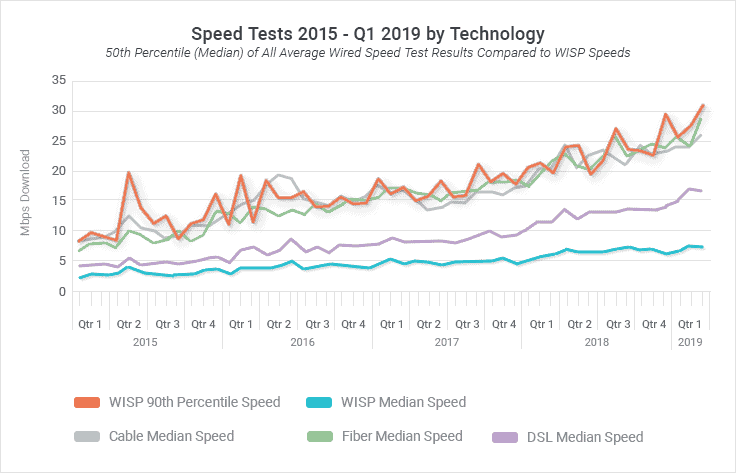 Below are the fastest WISP’s ranked by their 90th percentile across their average speed tests. Customers of these WISPs are receiving blazing fast connections.

Using the same methodology, we also pulled the fastest cities for fixed wireless from the first quarter of this year. The top 10 cities were selected based on their 90th percentile speed ranking of their average tests. Texas and Missouri emerged as fixed wireless leaders, each with more than one city in the top 10.

What is Fixed Wireless?

So, what exactly is “fixed wireless” technology? To put it simply, it is an internet service that travels wirelessly to a subscriber’s fixed location from the provider’s fixed location. This wireless transfer can happen via radio wave, laser bridge, etc. The important thing to note is it is not using a physical “wire” like a copper or fiber cable to make the connection from the WISP to the customer. That said, the WISP offering service itself will rely on an “internet backbone” which is generally a wired service like Cable, DSL, or Fiber. Towers are built on top of the backbone and access points are created to transmit the connection to subscribers. To make the connection, some sort of antenna or dish is usually required to be installed at the subscriber’s location so that the internet service can be received.