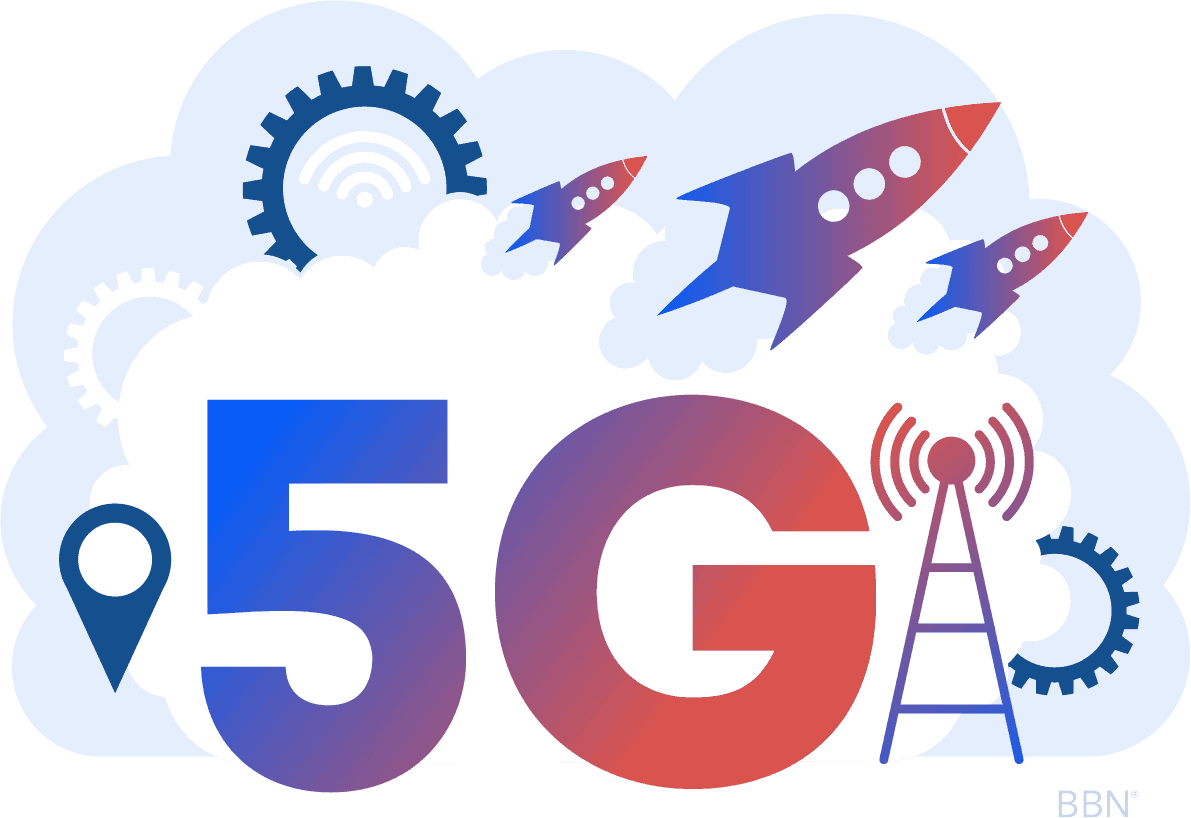 Has 5G Lived Up to Consumer Expectations?

One in three Americans now use 5G technology, but nearly half of all users say cellular internet speed hasn’t improved.

Telecom companies have spared no expense in promoting their new 5G services, and many Americans are now aware of this rapidly expanding internet technology. However, not all who hear about 5G have the same reaction.

This new technology is surrounded by hype and misinformation, and some people aren’t sure that it has lived up to expectations. As technology becomes more advanced, it can be harder to understand how it all works, which may lead to misunderstandings.

To dispel the myths, examine the concerns, and explain how 5G works, we conducted a comprehensive study of more than 1,000 Americans and found out what excites and underwhelms them about 5G internet.

It is the newest set of solutions to the two great hurdles that mobile communication is always working to overcome. First, digital signals can’t be made to move faster – you can only fit so much data into each wave – and second, there are a limited number of different frequencies that many people are trying to use at the same time.

To solve these problems, 5G transmitters use clever tricks so that:

5G accomplishes more connections with faster speeds through using a broader array of frequencies (including two different chunks of frequencies: 400-6000 MHz and 24-50 GHz), and much higher frequencies (as much as 20x higher than previous generations, which typically topped out at 2500 MHz). Those frequencies make up three distinct groups that come with different speeds:

Mobile providers have also focused their networks on different frequency bands due to competing visions about the short-to-mid term future of mobile communications, as well as different calculations about which moves make the most business sense. Some providers are putting intense focus on building many cell towers for high-band communication in dense urban areas, while others focus on low and mid-band to provide service to as many customers as possible with fewer towers.

5G could open the door to a host of new possibilities – we’re not limited to simply doing the same things we’re already doing, except faster. Extremely low latency could enable autonomous cars to quickly communicate their intentions and make decisions collectively, while up to 100x more connections in an area could allow a huge expansion of IoT smart devices as companies like Qualcomm and Intel are working hard to enable deployment in sectors like manufacturing, retail, healthcare, and more.

How much progress has been made on 5G rollout so far?

According to our analysis, approximately 206 million Americans can receive high-speed 5G coverage at home, which is roughly 62 percent of Americans.

Current 5G coverage across the country 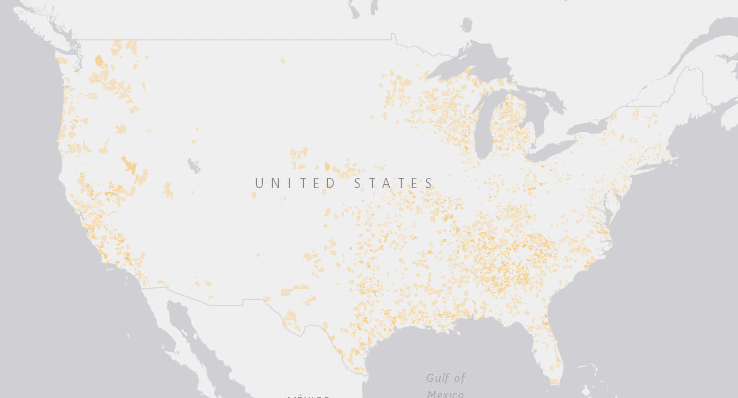 As you can see from the map, large portions of the country’s most rural areas do not have 5G coverage, and it is currently concentrated in more populous areas.

We found that some companies serve more individuals than others, but these four provide most of the high-speed 5G services in the United States:

Some areas are covered by more than one provider. Currently, AT&T is by far the largest 5G provider according to our estimates of FCC Form 477 data. Though coverage and service is not equal across the country, many people with the opportunity to use 5G have taken advantage of it.

We also found that 30 percent of Americans have adopted mobile 5G on their phones and 12 percent use 5G home internet. 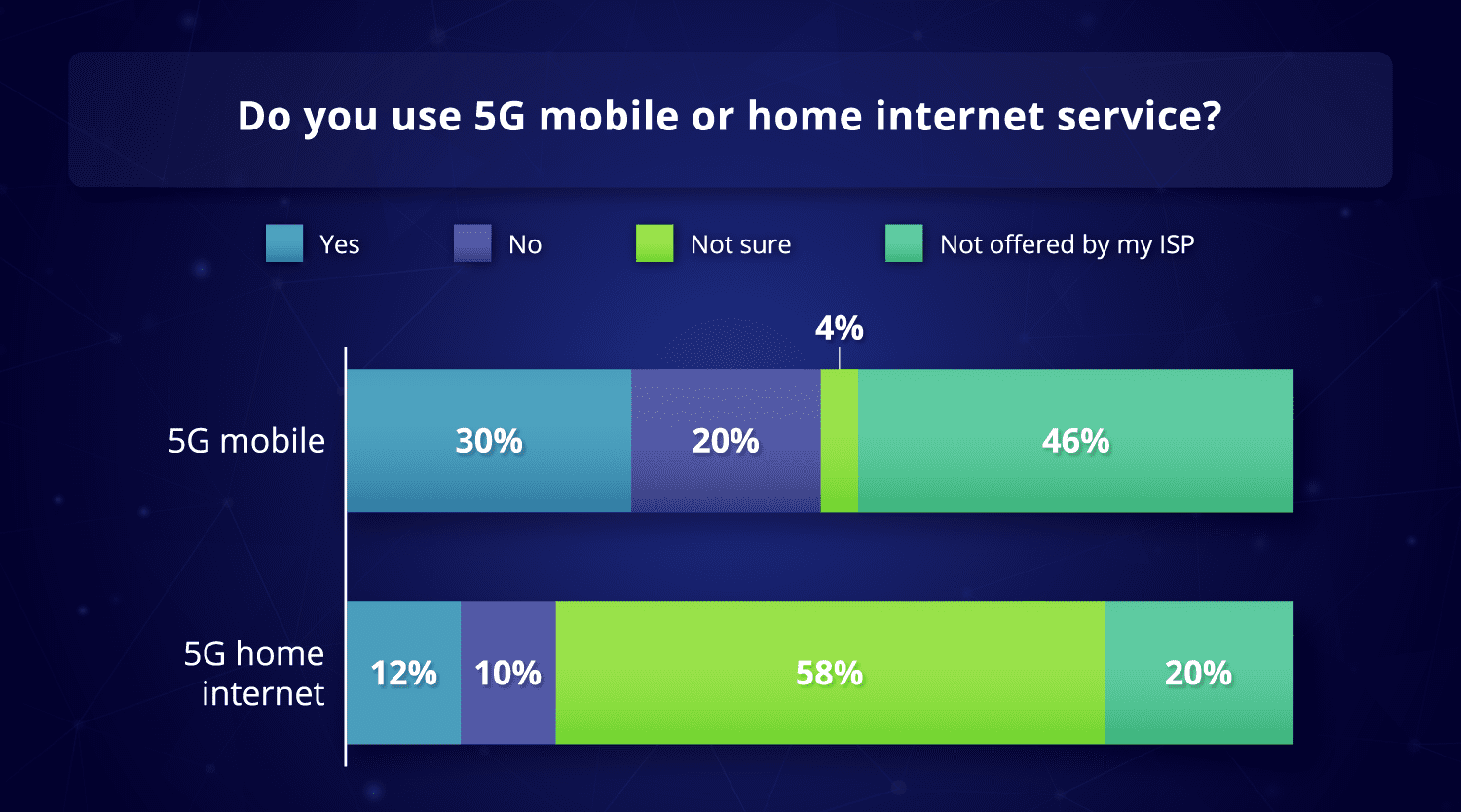 We also discovered that more than half of people in our study were unsure about whether or not their ISP provided 5G home internet, which suggests that this service is less familiar to Americans than 5G mobile. Their lack of familiarity could be a driving factor in the low adoption rates of 5G home internet. Another key component is that most customers do not bundle their mobile and home internet, so their current ISP likely doesn’t offer 5G home internet just yet.

Note: among those who’ve adopted 5G

Despite widespread interest and growing adoption rates, current mobile 5G users were split over whether 5G had affected their internet speeds. Forty-six percent of users said they didn’t notice any increase in speed when switching to 5G. This could have been because mid-band and high-band 5G may not have been available to all of our research participants, and some may have been accessing low-band speeds that are nearly the same as 4G LTE. Users may not be aware of the type of band their service comes from.

Concerns, myths, and misconceptions about 5G

In addition to 5G adoption,  awareness of the technology is growing in the U.S. Two in three people described themselves as at least somewhat familiar with 5G. However, not everyone familiar with 5G knows exactly what it is: nearly a quarter of those familiar with the technology didn’t know what 5G stands for. This suggests that people’s perceptions of their familiarity with 5G may not always match reality. In fact, 23 percent of people incorrectly thought that 5G stood  for “5 gigabytes.” 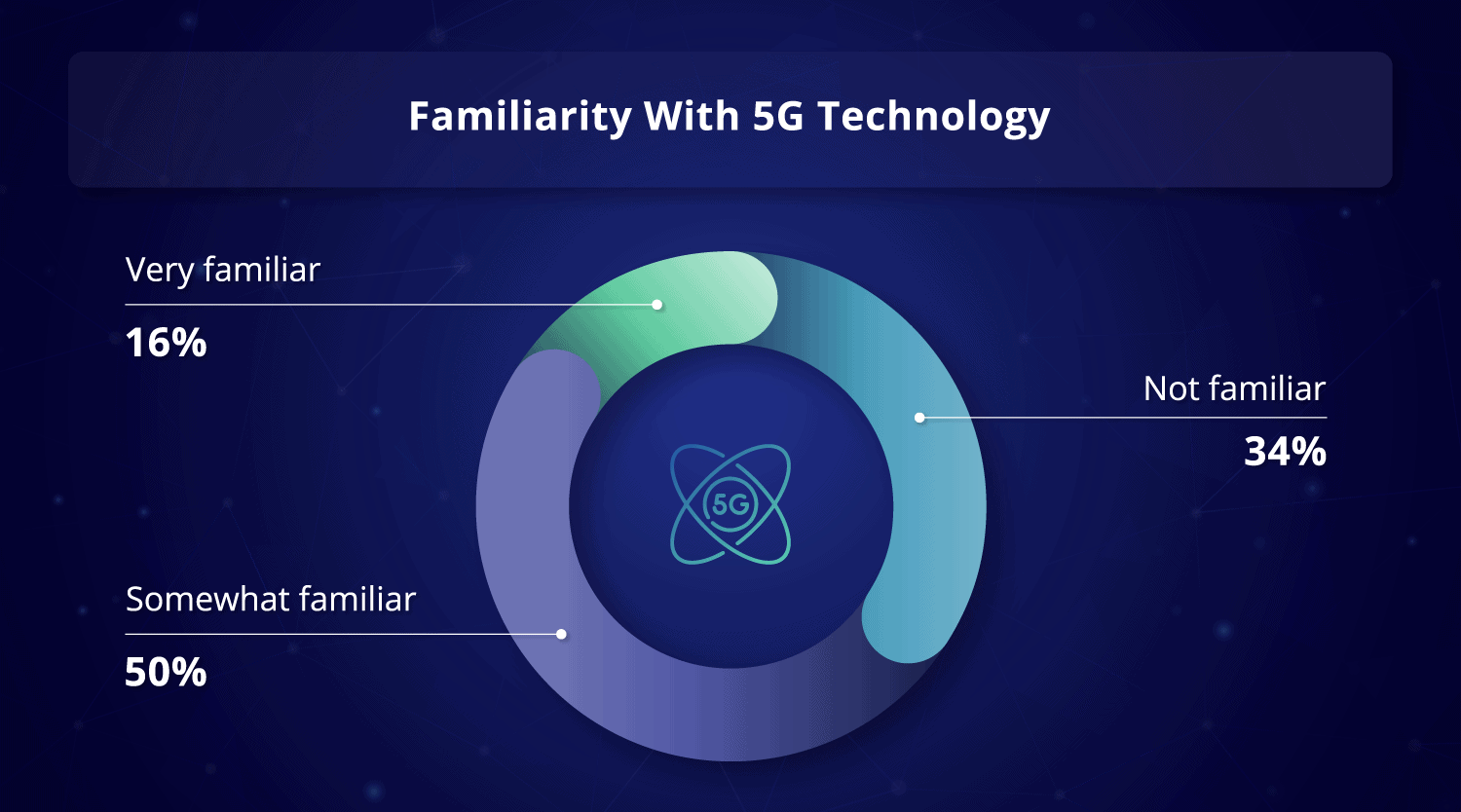 Though awareness is growing, misconceptions about the safety of 5G technology still abound. The high frequencies and high energy contained within some 5G signals – the high-band “millimeter waves” in particular – have given rise to concerns about a variety of topics ranging from the effects it may have on our health to its effect on aviation safety. Here, we’ll explore each of these valid concerns and give them the scrutiny they deserve.

Some people have expressed concern about the effects of 5G on human health. Reviews of the scientific literature show that 5G is safe and does not negatively affect human health, even in the long term. Evidence indicates that we could even increase frequencies above than the current maximum for 5G networks and remain safe.

The International Commission on Non-Ionizing Radiation Protection (ICNIRP) “establish(es) guidelines for limiting exposure to EMFs (electromagnetic fields) that will provide a high level of protection for all people against substantiated adverse health effects from exposures to both short- and long-term, continuous and discontinuous radiofrequency EMFs.” These extensive reports draw on research from a variety of disciplines and take children and other vulnerable people into special consideration.  Wireless carriers in the United States adhere to these guidelines, and public exposure to radiofrequency EMFs is detailed in the ICNIRP guidelines.

Another meta-analysis published in the Journal of Exposure Science & Environmental Epidemiology on the effects of 5G mobile networks also found no evidence of harmful health impacts.  In particular, the report “showed no confirmed evidence that low-level RF fields above 6 GHz such as those used by the 5 G network are hazardous to human health.”

This analysis looked at myriad biological markers for cancers, aging, and other signs of negative health impacts. It also included a review of studies following up on former radar operators with high exposure to frequencies of 6 – 300 GHz. These studies found no effect on all-cause mortality and no increased risk of cancers even up to 40 years after exposure.

Many modern aircraft use a device called a radio altimeter to measure their altitude. The radio altimeter works by sending radio waves at the ground and measuring the amount of time it takes for them to return. The frequency of those waves is usually between 4.2 and 4.4 GHz, which is in the same range as the frequencies used in 5G. This can lead to some interference in some circumstances, but there are ways to mitigate the effects and maintain complete safety. The Federal Aviation Administration (FAA) is working closely with experts from the aviation and telecommunications industries to ensure flights can continue to operate safely with limited disruptions as technology advances.

Access to 5G is unequally distributed. Fifty-three percent of all counties with high speed 5G are in metro areas, but metro area counties only represent 37 percent of all counties. High-band frequencies which provide the fastest speeds are easily disrupted by any obstacles in the way, including the air itself. This means that a user needs to be very close to a 5G cell tower in order to get the highest speeds. Unfortunately, due to how close the towers need to be, it is virtually impossible to ensure widespread rural access to high-band 5G. Rural areas will still be able to receive low-band frequencies which will be slightly faster than existing 4G LTE coverage, and many areas may also still receive mid-band coverage which can be much faster than 4G LTE. Due to a combination of innovations, mid-band 5G cell towers can transmit distances similar to 4G LTE cell towers.

Different wireless providers are employing unique strategies to roll out their 5G networks, and it will take years for them to fully build out the necessary infrastructure. According to Engadget, companies like T-Mobile and AT&T have focused more heavily on low-band networks to maximize coverage. Sprint, which merged with T-Mobile in 2020, was the sole U.S. company focusing on the mid-band, and Verizon has put significant focus on high-band frequencies. It could take years for major providers to finish building out the infrastructure for all three bands, and some further improvements that could allow even faster speeds and better signals could also be even further down the line.

5G is an incredible technology with the capacity to revolutionize mobile communications. Although it was only introduced in late 2019, high speed 5G is already available to approximately 62 percent of the US population. That’s an impressively fast rollout, but it is disproportionately being enjoyed by those living in urban areas.

Although much progress has been made, it will take many years before the full benefits of 5G are available, as low-band and mid-band capable towers will need to be built out across the country and the most cutting edge technologies continue to be refined in laboratories.

As 5G continues to be made available to more people and it becomes a normal part of our everyday lives, the public’s understanding of it should increase. As the technology develops, it should live up to consumers’ high expectations. According to the available scientific literature 5G is safe for our health, including in the long term, and it is also safe for aviation.

In order to address the myths and misunderstandings surrounding 5G, we conducted a survey of 1,002 U.S. residents to understand how familiar people are with 5G and what their perceptions are. Participants’ genders, ages, and ethnicities/races were representative of the population of the United States. Additional information came from our analysis of FCC Form 477 data. 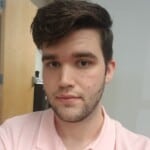 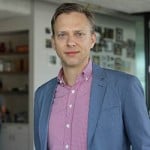