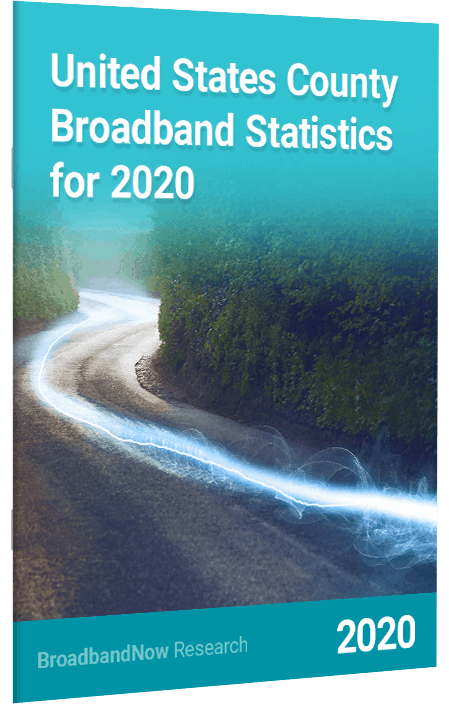 This report below analyzes and aggregates broadband access, fiber access, provider competition and low-priced options for the United States at the county level. Here you can find searchable county data.

State data is available from our home page (example: California) and local data can be found by searching for internet providers by zip code.

Access to Wired Broadband Internet and the Effects on Price

The majority of counties have between 2 and 4 wired providers present offering broadband speed plans. When competition present in a county increases, it has a signficant effect on making internet more affordable. 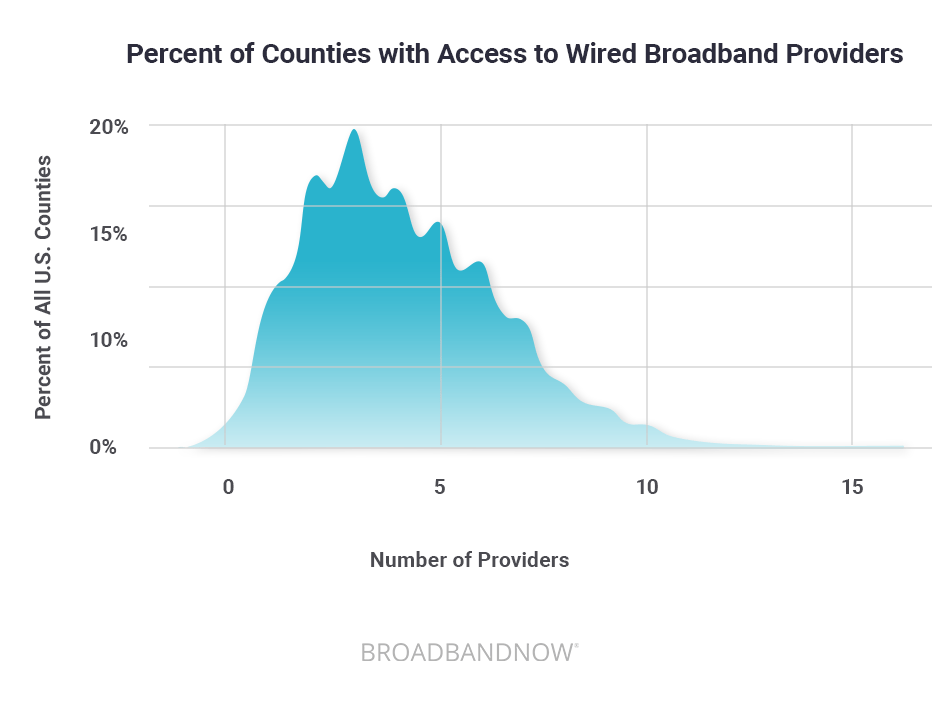 The nine percent of counties that have access to only one provider are largely disadvantaged when it comes to price. When at least one other competitor is added to the county, the average lowest price drops from $70 to around $68.50. Given that five million Americans are living in counties with only one wired broadband option, the ~$18 a year they would be saving through having just one more competitor amounts to a staggering $95 million drain on the US economy. Looking overall, if all counties with nine or fewer wired broadband options were to add just one more, consumers could save $1.225 billion. In this case, the average lowest price is referring to the average of all lowest priced broadband speed plans available in the county. 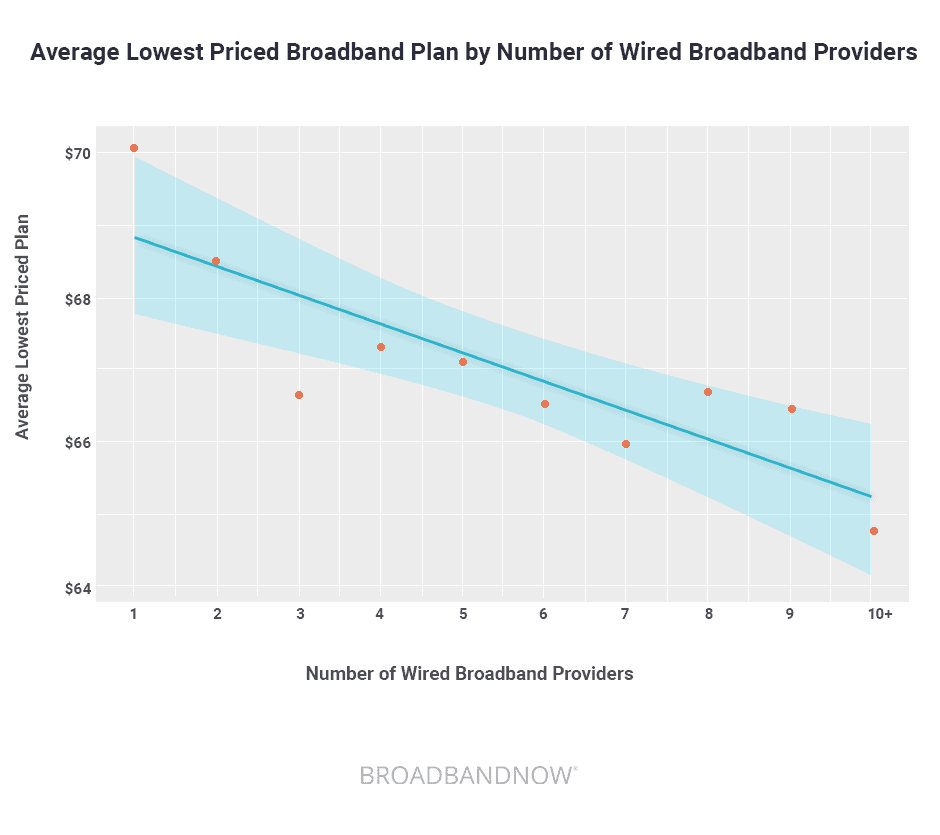 Counties with the Most Broadband Penetration

There are 77 counties that have 100 percent of their population covered by wired broadband. And expanding that out, an additional 73 counties have 99.5 percent – 99.9 percent population coverage. The 52.2 million residents in these 150 counties can count on the reliable, high-speed connections provided by wired (cable, DSL, and fiber) technologies. These 150 well-connected counties are as follows, by state:

Counties with the Most Competition

Access to fiber promises higher speed connections and thus greater opportunities for a county to develop economically and educationally. The following 40 counties across eight states have 100 percent of their population covered by Fiber broadband, and have an average access to 2.775 wired broadband providers:

While it might seem surprising that North and South Dakota make up more than half of the 100 percent covered fiber counties, they also have 91 Fiber Friendly cities between them.

Counties Left off the Grid

In the United States there are 40 counties, housing 232 thousand Americans across 13 states, with no access to wired broadband.

In addition, five counties, all in Alaska, that have no providers offering broadband internet of any technology. Those are Bethel, Bristol Bay, Dillingham, North Slope, and Wade Hampton counties in Alaska, that house nearly 40 thousand people between them. The 35 other counties do have access to broadband of other technologies, such as satellite or fixed wireless. 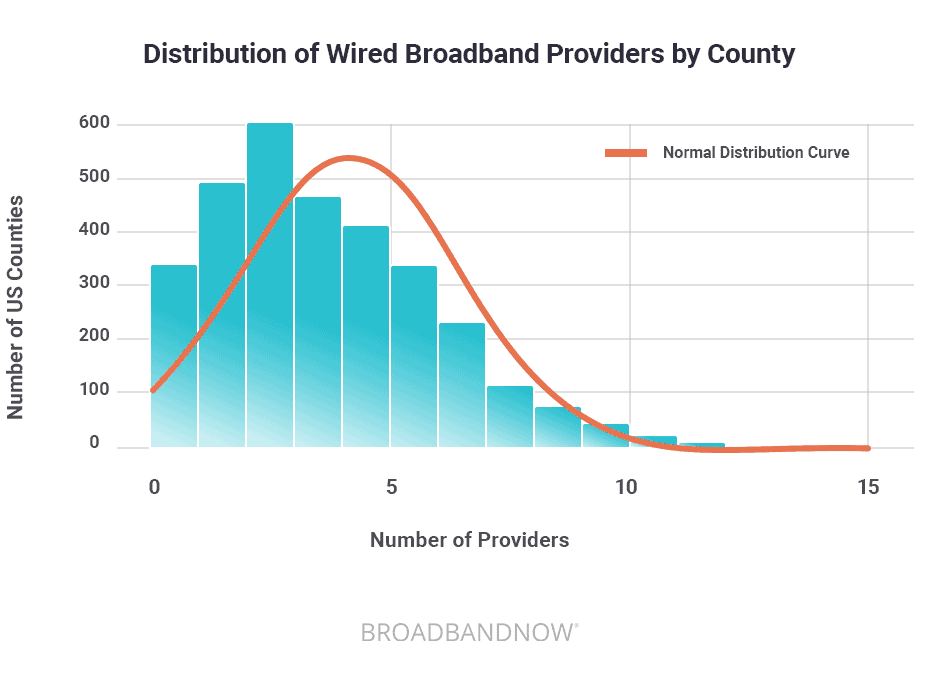