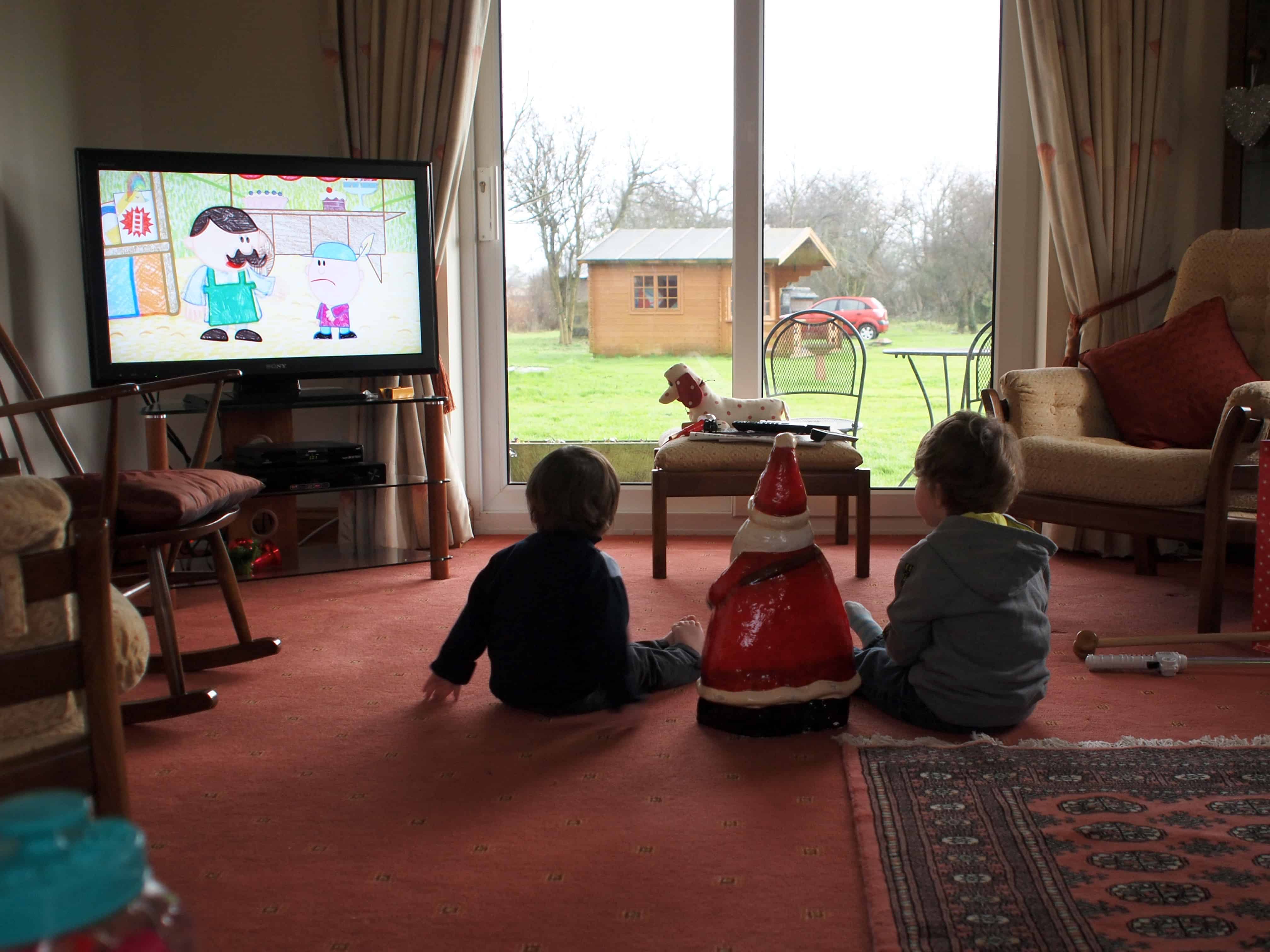 Understanding the difference between Cable TV, Satellite TV, IPTV, and OTT (over-the-top) streaming services can be tricky — particularly as content providers scramble to offer bundled services that blur the line between Internet and broadcast media.

While cable subscription numbers have been tailing off in favor of alternatives like Netflix and Hulu, the video-consumption industry on the whole has only grown.   There are more ways to tune into our favorite shows than ever before.

More choices translate to more power for consumers, but only if you take a moment to understand the differences between the various types of TV connection available on the market today. When shopping for bundled internet service in Dallas, for example, opting for OTT rather than cable can make the difference between a $45/mo bill and a $145/mo bill.

Our goal in this post is to walk you through the basics of each “flavor” of television, explaining both how they work and how to decide which is best for you and your household.

In the first section we’ll cover the basics everyone should know. In the second, we’ll dive into more detailed descriptions of how each network operates.

The Four Flavors of Television

There are essentially two ways to get television content in your home: you can tune in to broadcast networks, or you can request streamed content via Internet networks.

As the name suggests, broadcast networks operate by broadcasting content from a central point. In the case of cable, content is broadcast through a dedicated coaxial cable network. In the case of satellite, it comes as radio waves that you pick up with a satellite dish (or cable box) on top of your house.

Cable and satellite both function by letting you “tune in” to specific channels within that signal. The primary difference is that cable comes through a wired connection while satellite is wireless (until it reaches your house, anyway).

Internet networks differ from cable and satellite by offering content through the same client-server model that delivers your email, websites, and other Internet-based services. (IP stands for Internet Protocol, the “language” used to transfer packets of data between computers attached to the Internet network.)

In both cases, the consumer requests and receives content via Internet Protocol. The primary difference between IPTV and OTT streaming is that OTT streamed content comes over the same open, unmanaged network as your email and web browsing while IPTV uses a private, dedicated network to deliver more consistent service.

Unlike cable or satellite where content is broadcast in real time, IPTV and OTT streaming services store programming on servers (whether that’s Netflix or an IPTV subscription like U-Verse), allowing users to request the content over the Internet at any time. These also frequently come in bundle packages from internet providers like CenturyLink, Viasat, AT&T and Spectrum.

Pros and cons for consumers

For most of us, the cost and functionality of home TV is more important than understanding the nuts and bolts. With that in mind, here’s a quick overview of each option:

Now that you understand the basics, let’s jump into the details of how each network works for a deeper understanding of what makes each TV option unique.

The signal starts in satellite communication systems, then gets picked up by receivers at your cable provider’s local distribution facility (termed the “headend”). From there, the radio frequency signal that constitutes all the cable channels on offer is modulated for transmission through fiber, which transmits signal ultra-fast in the form of light.

Just like your Internet data, cable content travels most of the distance between the provider and your TV via fiber-optic cables, switching over to coaxial copper cables once it reaches a node in your local neighborhood. This is why cable connections are considered shared connections — you can imagine the main fiber line as a tree, with individual copper coaxial cables as the “branches” that spread out to the households in your neighborhood.

At the local node, the signal is demodulated to enter the coaxial cable that stretches to your residence. Once there, either a set-top box from your cable company or the television itself decodes the signal and displays the data as video and audio on the television.

When you switch channels, what you’re actually doing is “tuning in” to the various frequencies included in your cable plan.

So how does the cable company stop subscribers from accessing all the channels broadcast?

Before digital signal became the norm the answer was scrambled signals, but in the digital age subscription access is managed via encryption. Signal is encrypted before it leaves the headend, and decrypted by keys on the user’s end. The situation is similar to web security, with a wide variety of encryption styles that change frequently to thwart hackers.

Note: the cable TV delivery process differs for analog cable signal, phased out starting in the early 2000s. Virtually all cable TV on the market is now digital.

Unlike cable TV, where the signal originates wirelessly before being distributed by a wired network, satellite TV is wireless for the entire journey. There are two main types of satellite TV on market today: TVRO (television receive-only) and DBS (direct broadcast satellite, or “direct to home” DBSTV). Both function by picking up radio signals broadcast from space satellites.

In broad terms, TVRO is the older kind and DBS is the newer kind. TVRO picks up signal with a ten-foot dish in your yard, as opposed to DBS, which uses a much smaller dish on your roof. DBS is able to save space on dish size by using 100% digital, high-frequency broadcasts (as opposed to low-frequency, digital/analog TVRO broadcasts). Satellite TV is sandwiched between cell phone signal and radar systems within 3–30 GHz.

Once your satellite dish has picked up the signal, it’s generally decoded by a set-top box to allow the consumer to “tune in” to different channels, much like cable TV. As with cable, signals are frequently encrypted to deter theft.

The biggest problem with DBS is that higher-frequency bands are often more sensitive to weather interruptions. However, the fact that it’s available essentially everywhere due to the pervasiveness of satellite radio signals often makes it the best choice for consumers in rural areas. In other words, while it may work well for some users in New York and California, the service might not be ideal for those living in downtown Chicago or Los Angeles.

Over-the-top (OTT) content providers like Hulu and Netflix differ from broadcast and IPTV in that the content comes from a third-party provider over the general, public Internet. For example: consumers pay cable TV companies, and they deliver cable TV via their cable infrastructure. With OTT content, a consumer with cable broadband acquires content from a third-party company, but the content is delivered via the same cable infrastructure as data.

Viewing high-quality video over the same broadband connection as your email and web browsing creates some technical challenges. However, advances in broadband and fiber technologies have quickly brought down the barrier to entry; as of 2015, over 70% of Internet traffic in the US was streamed video and audio content, signaling that OTT streaming is here to stay.

Because OTT content is delivered via the public Internet rather than dedicated CDNs like IPTV, it is subject to all the same blockages and limitations as your regular internet. (Potentially the biggest limitation being the implementation of data caps by ISPs.) Long buffering times, slow speeds during peak Internet usage hours, and poorly-configured home Wi-Fi networks all contribute to slowing down the quality of OTT content streams.

Network limitations like these have driven the development of complex streaming data management systems. Streaming video content is very different from a generic data download — say, an email attachment or high-def image, where you wait patiently while a single file downloads in its entirety.

Streamed content splits the video file into smaller chunks and delivers them one by one chronologically so that you can begin watching almost immediately. (This is why you sometimes run into “buffering” when your viewing rate accidentally catches up with the stream speed in cases of network blockage.)

OTT content providers deliver video content in three “layers” to ensure the optimal viewing experience over unpredictable network connections: a core video file, a container format for splitting the data into chunks, and a time-based transfer protocol that feeds the “chunks” in a continual stream.

You can think of IPTV as a hybrid between an OTT content provider and a cable TV provider. Essentially, IPTV is a formally structured subscription-based digital TV service available to consumers from ISPs.

IPTV has a lot of similarities to the OTT content streams consumers enjoy from companies like Hulu and Netflix. In both cases, the content is delivered via the Internet and streamed on demand. The main difference between ordering content via IPTV and clicking “play” on YouTube is that IPTV uses a private, managed content delivery network (CDN) to achieve a higher quality of service. Rather than streaming content directly to your browser, IPTV content goes from your router to a set-top box to display on your TV.

Since your service provider is responsible for delivering your broadband Internet anyway, providing a stable and well-managed CDN is much more realistic than using third-party that try to optimize stream quality from “outside” the network, as with Netflix or Hulu.

Overall, the goal of IPTV is to allow you to consume TV content over the Internet without seeing any of these:

While the word “streaming” suggests a scenario where video content is flowing smoothly from one place to another, the reality of how IPTV video content reaches your TV over the Internet is a little more complicated.

Like all data delivered via Internet Protocol, IPTV uses a process known as packet switching to encode video into small chunks of data and send them piecemeal to designated IP addresses (specifically, the IP address of your computer or set-top box when you request content). The process is the same for VOIP, which delivers telephone-type voice communications over Internet Protocol. Again, what differentiates IPTV from generic streaming is that it comes to the consumer over a privately managed CDN, resulting in overall higher quality of service.

The other big difference between IPTV and other video content delivered via the Internet is that IPTV is a paid subscription service direct from the telecom company or ISP, much like cable or satellite. This helps pay for the CDN, and delivers a TV experience more similar to traditional broadcast TV, albeit with interactive functionality built-in.

Because IPTV content is moving both upstream and downstream, IPTV allows for interactivity similar to what you get with a smart TV including pause, play, rewind, and view-on-demand.

As OTT streaming services like Netflix continue to gobble up a larger share of the TV market, cable and telecom companies are sure to continue introducing compelling new IPTV alternatives based on their own infrastructures.

That’s not to say cable and satellite will go the way of the dinosaur. On the contrary, cable still presents an attractive option to heavy TV users, and it’ll be years before cable or broadband TV infrastructures reach rural areas served predominantly by satellite TV.

One thing we can be sure of: the US is watching more TV, on more devices, than ever before.

8 comments, add yours Below