Below you will find the best triple play offers, TV and internet bundles, and internet only deals available for Mediacom Cable 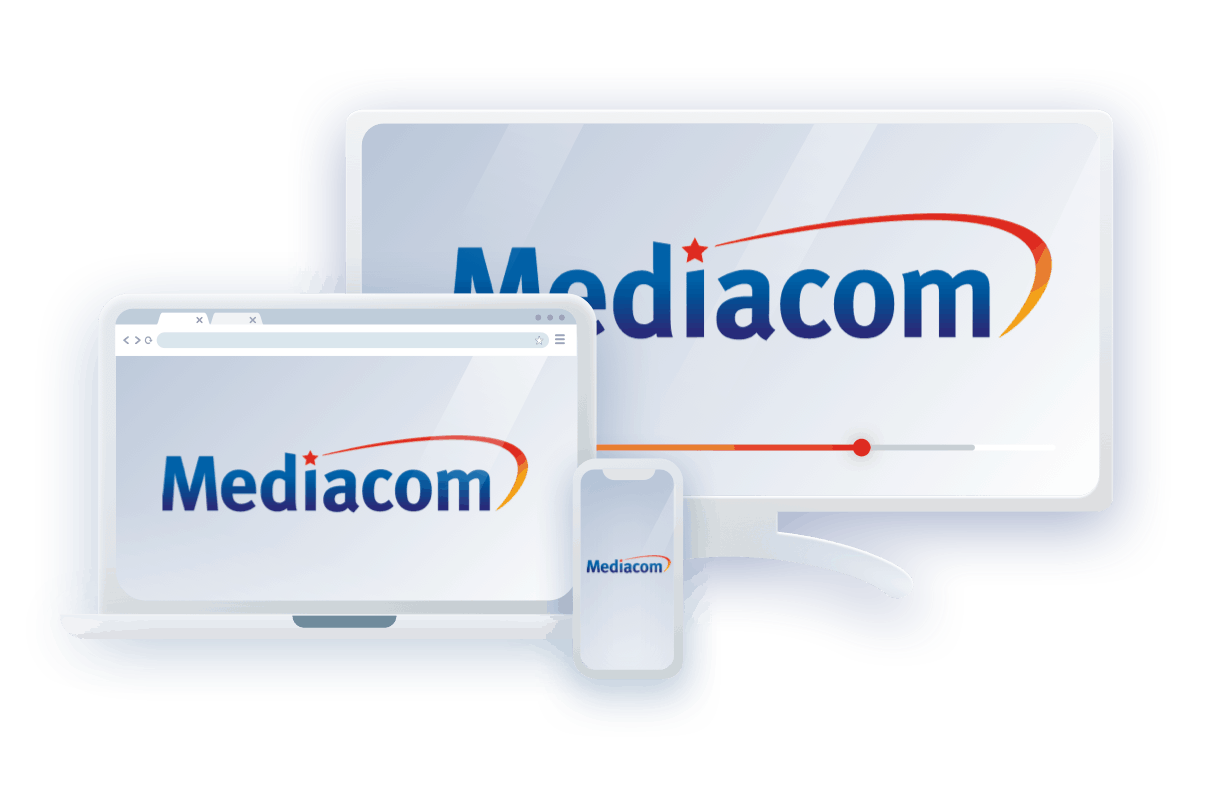 Sorry, we're unable to confirm if Mediacom Cable is available at this address.

Mediacom Cable is available at this address. Explore plans below to get started.

The deals listed below include TV, Internet, and Phone service. Generally Mediacom Cable offers the best promotions and discounts on these plans.

The bundles listed below include TV + Internet access and can be a good value if you want traditional TV service.

If you are considering an internet-only plan, be sure to compare with the bundle deals above. Sometimes Mediacom Cable offers TV or Phone service for just a few dollars more than stand-alone internet.

Mediacom offers plans in Iowa, Illinois, Georgia, and 19 other states and has a total population of 7.5 million in their network footprint.

Comparing Mediacom Plans: What You Need To Know

The availability of Mediacom plans will vary based on your geographic location as well as any promotions or deals that are currently running — as such, it’s difficult to recommend a specific package. There are, however, some general tips and guidelines to keep in mind when you’re trying to decide on the service that’s right for you.

By following the tips above, you should be able to arrive at a reasonably priced plan from Mediacom Cable that will get the job done without any unwelcome surprises.

Mediacom: How Much Speed Do I Need?

There are a number of aspects to consider when buying any Internet plan, but perhaps the most important is the speed of the Internet connection. Modern internet connections are categorized based on the speed in Megabits per second (Mbps) in which they download data. The idea of Mbps is rather abstract, so sometimes it’s easier to look at things in more practical terms. For a High Definition movie of standard length, it would take a 10 Mbps connection around an hour to download completely. If you had a 100 Mbps plan, on the other hand, it would only take five minutes until you’re ready to watch. It’s easy to see that with a faster plan you’ll spend less time downloading and more time using the Internet in the ways you please.

However, it’s important to keep in mind, too, that many people don’t need the maximum speeds offered by a provider — especially one like Mediacom that provides plans of up to 1000 Mbps in certain areas. Always keep a keep a few different guidelines in mind when deciding on the speed that’s right for you.

What are your internet habits? Do you stream HD content frequently? Are you a hardcore gamer? These are all questions you want to be asking yourself when determining which speed will suit your needs. Netflix generally recommends a plan of at least 5 Mbps for a single stream, but heavy internet users may need a plan with higher speeds to keep up with their usage.

You’ll also want to consider how many people in your home. Sometimes it can be easy to forget how much impact having multiple devices using the internet at once can have on your network. As soon as you have two or more people watching videos on their Roku and browsing the web on their phones, it’s very easy to clog up a network and that will lead to slower speeds for everyone.

Another aspect to keep in mind is the pricing of the plans. Mediacom offers some seriously fast plans, but they can also be pretty expensive. Don’t box yourself into a pricy plan if you won’t get a lot of use out of it, even if you’re convinced you’ll need the extra speed. With the contracts required with many Mediacom plans, you’ll be hit with hundreds of dollars of fees should you need to cancel service. While it’s sometimes possible to downgrade your plan, but that’s by no means a guarantee. Always buy what you need and avoid spending more if you’re not going to get use out of the high-end plans.

When discussing modern Internet infrastructure, there are three main technologies that are used to deliver service.

Digital Subscriber Lines, or DSL, are the oldest of the three and also the slowest. They deliver data over existing telephone lines which leads to high availability — especially for rural customers who don’t have access to other options. DSL is also the most reliable option, and speeds, while slower, won’t vary over the course of the day.

Fiber Optic Connections are the fastest currently available, and transmit data through light that bounces between glass or plastic rods. This service offers a combination of fast speeds and premium reliability, but the network is exorbitantly expensive to build. Because of this expense, most Fiber Optic networks are only available around urban areas, which makes it inaccessible to much of the country.

Mediacom is a Cable provider, and delivers Internet connections through the coaxial cables that connect to your TV. Cable offers fast speeds, but suffers in terms of reliability when there’s a heavy load on the network. As soon as your neighbors get home from work and start catching up on Game of Thrones, you may start to see your speeds take a hit. With that said, Cable networks are far more ubiquitous than Fiber, so Mediacom is able to offer service to far more customers. The company is rather unique in that they still manage to offer speeds of up to 1000 Mbps in certain areas — matching the maximum speeds offered by many Fiber providers.

Overall, the speeds with Mediacom shouldn’t be an issue. While you may not have access to the fastest plans in many areas, there should be a tier offered that’s more than enough for the vast majority of users. 1000 Mbps internet is convenient, but it’s not really a necessity.

Mediacom is one of several Internet providers that also offers a home security plan. If you’re looking for a way to secure your home that integrates seamlessly with your Internet plan, you may want to consider looking into their security plan.

For around $25 per month for 36 months, you can receive the following:

This is a good starting plan for basic home security, but Mediacom does offer several other options to upgrade your plan. Ranging from smart thermostats and lightbulbs to security cameras and motion sensors, there are a number of packages you can add on to your original $25 plan in order to suit your needs. The costs can certainly get expensive, however, with the price raising to $60 per month if you were to include the entirety of the packages, which is essentially a whole other Internet package (depending on which service plan you choose.)

Keep in mind, too, that the 36 month promotional rate increases at the end by around $10. You’ll also have to pay a one-time installation fee of around $100 to get everything set up.

It’s definitely an added expense that may not be necessary depending on where you live, but it may be worth it for some users for that extra peace of mind. It also saves the trouble of purchasing security services through a whole different company.

Of the 9,198 current customers we’ve polled, 42.7 percent gave Mediacom a positive review as of 2020. That’s compared to the overall average of 48.4 percent for the home broadband industry overall.

An Abbreviated Guide to Internet Speed