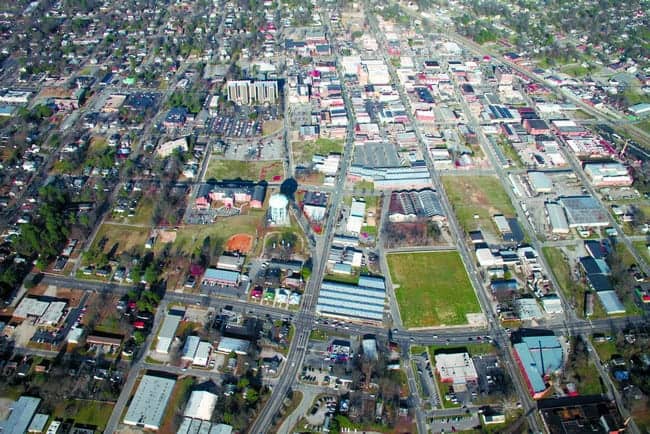 In 2016, we looked at 10 small towns that had impressive internet performance across the country. Five years on, with the pandemic accelerating the transition to a more remote-focused work culture, we wanted to check in and see how things had progressed in these areas.

For small towns, having high-speed internet can be a critical factor in growth and prosperity. Studies have shown that increased internet access has a positive effect on employment and economic growth in rural townships.

While major metro areas like Dallas and Providence languish at the bottom of the nationwide connectivity scale, surprisingly rural towns make it to the top of the list.

All of these best-connected small towns have one thing in common: the cutting-edge connection speeds and reasonable prices are delivered by small-to-medium sized ISPs. Clearly, small business and healthy competition alongside municipal broadband initiatives can create big rewards for both businesses and consumers.

If you daydream of escaping the city smog to set up shop in a picturesque small town, these 10 small towns with blazing fast broadband prove that the small town dream isn’t dead in the internet age:

The tiny community of Preston is set in picturesque King County, just 20-miles drive east of Seattle and a mountain bike ride away from the Cascades.

Thanks to Highlands Fiber Network’s Quantum Gig plan, residents of this quiet commuter area enjoy blazing fast (1000 Mbps down / 1000 Mbps up) broadband Internet for $70/month — faster and cheaper than most options in the big city.

For a town of only 425 residents, that makes Preston the fastest speed area relative to size nationwide. Preston residents have enjoyed this fiber service since we last checked half a decade ago. Nowadays, however, residents also have gig download speed options from both Xfinity and CenturyLink as well, making this an area with lots to love for Seattle residents looking to escape the big city with their newly remote job.

Mahaska Communication Group is to thank for the incredible broadband speeds available in the sparsely populated former university town of University Park, with an impressively low $50 setup fee for 1000 Mbps up/down. Over the years, EarthLink has also established robust broadband service to residents in the area, making this tiny town of 487 another attractive option for those looking to get away.

Small but funky French Settlement has two things going for it: Baton Rouge grit, and surprisingly speedy broadband. Francophiles and bayou buffs have no reason to go without connectivity down south. 1 Gbps up/down plans are available from Eatel, albeit for almost $150 per month. Additionally, gig plans are now also available from Spectrum in the area.

For those looking for a quirky spot just outside of a major metro area, French Settlement should be on your short list.

North Carolina is the 17th most connected state in the country, and Nakina shows that the title is earned even in the smallest towns. The small town’s population of around 2,117 enjoys 1 GB Internet from ATMC for less than $80 in a three-pack bundle, or just over $100 a la carte. In addition, EarthLink has since set up shop in the area with a variety of high-speed broadband plans to choose from.

Plus, Myrtle Beach is less than an hour’s drive away, making this an ideal location for people looking to get a taste of seaside living.

Flora is one of those timeless one-street towns that you can drive from end to end in a couple minutes. But the speed-to-monthly-price ratio for available broadband plans trumps that of many major cities, giving the 5000+ residents something to brag about besides proximity to the Mississippi Petrified Forest.

You have to sign a 2-year contract for 1 Gbps broadband in Flora, but once you’re locked in the prices are great: $80 per month from C Spire. Additionally, Xfinity recently expanded into the area, brining a gigabit download speed plan into the mix for those looking to sign up for new service or carry over an existing connection with their move.

Being a stone’s throw from Portland is always a perk, but the 15,000+ residents of Molalla don’t have to go into the city for blazing fast broadband. Creatively named Molalla Communications provides true 1 Gbps broadband for around $100/month. The company is no longer the only gigabit game in town as of 2021, as several other companies now offer high-speed options in the area, including Wave and DirectLink.

For commuters and remote workers wanting to enjoy all that rural Oregon has to offer, Molalla is worth a second glance. With direct access to major metro areas when needed, this little gem has everything you could desire in a post-urban move.

Monticello offers all the best of waterfront living along the northern neck of the Mississippi River, right outside of the rapidly revitalizing city of Minneapolis. FiberNet delivers 1 Gbps broadband throughout the town, which has a population of just over 18,000. This longstanding connection is supplements by Spectrum, which now offers their own gigabit service to residents in the area. Additionally, TDS offers gigabit to 74% of residents.

It’s a little pricy at over $170 per month, but the fact that a small city all the way out in the wide open spaces of South Dakota has 1 Gbps broadband is a feat unto its own. The weather may not be perfect, but Mitchell features some surprisingly sunny attractions, including the Corn Palace (pictured above) and the Dakota Discovery Museum.

Local provider Mitchell Telecom was the first ISP to bring 1 Gbps speeds to South Dakota. Since then, however, both CenturyLink and Midco have brought gig plans to the area, making it one of the most well-connected towns under 20,000 population in the U.S. Just be sure to bring a jacket!

The second town on this list to fall near Portland, Canby’s population of 22,688 benefits from true 1 Gbps internet through their own local provider, Canby Telecom. Clearly, local business has its perks. Small providers throughout Oregon provide impressive speeds at reasonable costs, benefiting from high consumer approval and the customer loyalty that comes with good service.

More recently, Wave and Midco have both expanded their gigabit options to the area, bringing yet another quaint Oregonian neighborhood into the limelight for those looking for a respite from big city living.

Tullahoma was the focus of a study by Allan Holmes of the Center for Public Integrity in 2015, which drew attention to the huge benefits that broadband access brings to small towns. The positive results on job growth speak for themselves:

Employment in Tullahoma lagged statewide job growth before the LightTUBe was turned on. Since the recession ended in 2009, two years after the city began offering broadband, the city has outpaced job growth in Tennessee. The city added 3,598 jobs from April 2009 to April 2014, a 1.63 percent annual growth rate, about double the statewide rate, according to the Bureau of Labor Statistics.

LightTUBe makes 1 Gbps broadband available throughout Tullahoma for less than $100 per month. Since we last checked in on the growing town, though, it has seen an explosion of gigabit availability – providers like AT&T, Spectrum, EarthLink and Xfinity all have offerings available to residents as of 2021. For those looking for options and an idyllic setting, count this Tennessee hamlet on your short list.

As cities get more expensive and remote work increasingly becomes the norm, living the quiet life in a small town has never been more practical.

Small towns like these with competitive, functional high-speed broadband internet hint at a future where rural America can once again become a viable force in the national economy. That is, if we eliminate barriers to broadband deployment and adoption nationwide.