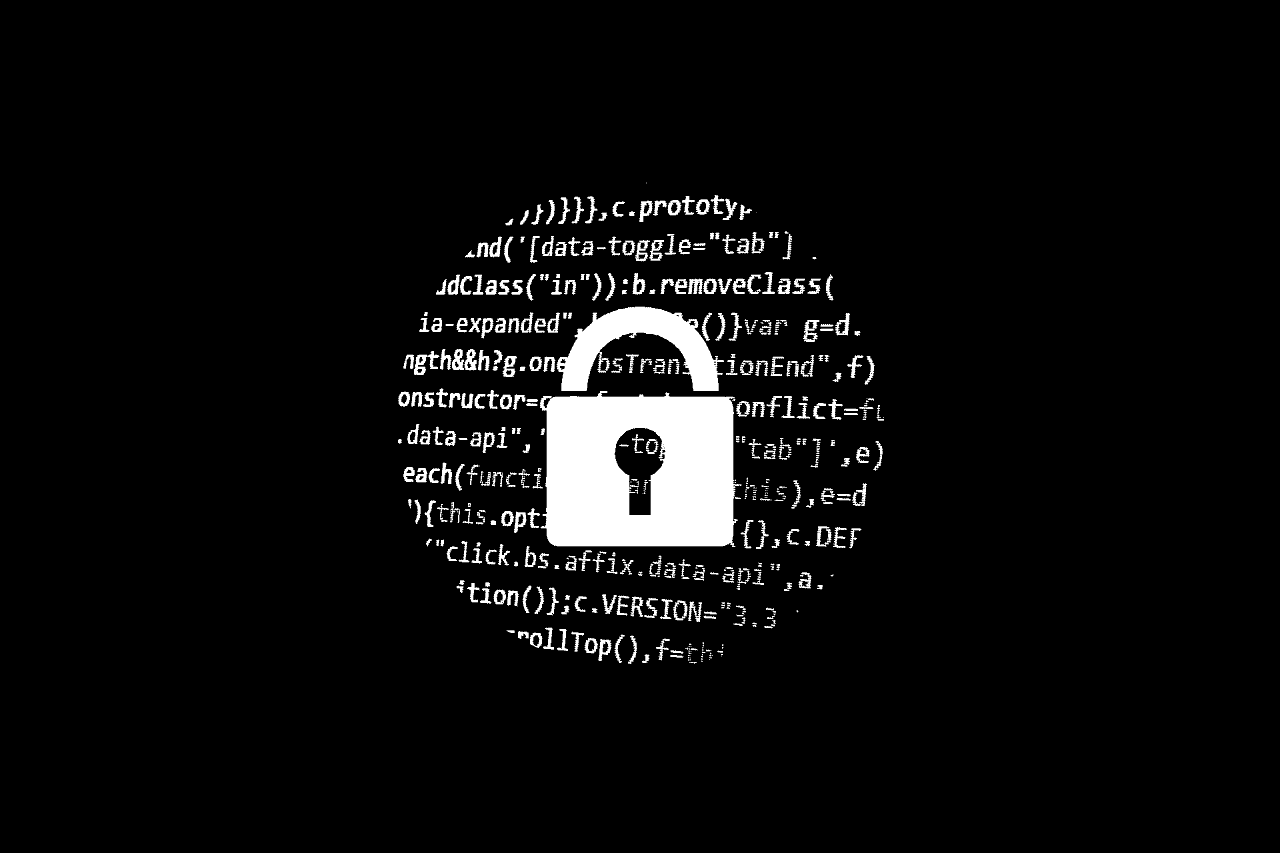 Only 18% Of Cybersecurity Laws Passed In 2018, Despite Consumers Losing $1.4B In Cybercrimes

According to data from the National Conference of State Legislatures (NCSL), over 265 cybersecurity laws were proposed at the state level in 2018 — yet only 18% have passed.

This comes at a pivotal moment in time as the year comes to a close. Cybercrimes aren’t an emerging phenomenon; they’re happening all around us, every single day.

On-going data breaches from social media networks like Facebook, the EU’s roll-out of GDPR rules and recent revelations about vulnerabilities within U.S. election infrastructure has thrust cybersecurity concerns back into the news cycle here in the United States. The U.S. lags among nations in its cybersecurity laws, but the issue seems to be (slowly) gaining attention from elected officials across the country.

Cybercrime, an umbrella term for crime executed through the use of computer networks and the Internet, has ballooned in recent years as more and more of our daily lives are conducted online. In 2017, cybercrime in the US cost victims at least $1.4 billion, according to a May 2018 report from the FBI’s Internet Crime Complaint Center, better known as IC3.

That number is considered a conservative estimation, based on the 300,000 complaints the IC3 received during 2017. According to the FBI, many people don’t actually report cybercrimes. The month of October has been designated “National Cybersecurity Awareness Month”, and this year the Department of Homeland Security (DHS) launched an awareness campaign to promote cybersecurity principles among the public, urging citizens to be more careful with how they submit personal information online.

But the vulnerabilities posed by increasingly sophisticated cybercrimes aren’t limited to consumer actions. The largest and potentially most damaging data breaches that we saw in 2017 — such as the now-infamous Equifax breach — were the result of slack security protocols at big companies, something that consumers have no control over. Critical infrastructure is also at risk from attack. In 2017, a wave of electricity companies were struck by hackers who were able to take control of grid networks.

Election infrastructure is also at risk. 2018 saw a surge in cybercrimes related to federal, state and local elections across the US, following a similar surge in 2016.

Cybersecurity policies across agencies at the federal level lag behind European counterparts. In 2015, President Obama signed into law the Cybersecurity Information Sharing Act, referred to as CISA, which created a public-private framework for businesses and government agencies to voluntarily share valuable information about cybersecurity threats. The bill enjoyed widespread bipartisan support, and security experts agree that the legislation was a good first step in bolstering the country’s approach to cybercrime.

Among federal agencies, little progress has been made. A recent report released by the White House’s Office of Management and Budget (OMB) concluded that of the 96 federal agencies assessed, 74% were at risk to cyber attacks and needed immediate improvements to their cybersecurity infrastructure. The outlook worsened when President Trump eliminated the cybersecurity coordinator on the National Security Council, a position created by President Obama, fueling concerns that the country’s progress on cybersecurity was eroding.

States are finding their IT and data infrastructure increasingly attractive to hackers, ransomware and other cybercrime operations. In March 2018, for example, Colorado’s Department of Transportation was hit twice in two weeks with ransomware attacks. In California, several democratic candidates were targeted by hackers during the lead-up to the recent midterm elections; and in October, it was discovered that at least 19 states had voter registration information covering 35 million U.S. citizens stolen and sold on the Internet.

In general, state governments are steadily (if slowly) making progress on cybersecurity programs. A November 2018 Deloitte-NASCIO Cybersecurity Study found that all 50 states now have a statewide chief information security officer (CISO) or equivalent. State legislatures have also seen a deluge of cybersecurity bills proposed, but only a handful each year have made it into law. In 2017, over 240 bills related to cybersecurity were introduced across 41 states, despite just 40 being enacted. In 2018, that number grew to over 265 bills, and yet so far only slightly more than 50 bills have been passed across 22 states. (See the full table of all bills below.)

States are also grappling with how to protect residents from businesses’ data breaches. Only a handful of states, including California and New York, have created laws aimed at governing cybersecurity requirements for companies that have access to sensitive data.

In 2016, New York Gov. Andrew Cuomo and the state’s Department of Financial Services proposed new regulations designed to require banks, insurance companies and other financial institutions to develop their own cybersecurity programs and designate CISOs. The regulations are considered an important first for state governments in dealing with cybercrime, though some experts disagree as to the effectiveness of the regulations in light of similar rules at the federal level.

More recently, California Gov. Jerry Brown signed the California Consumer Privacy Act of 2018 into law in June. The legislation, introduced by Assembly member Ed Chau (D) and state Sen. Robert Hertzberg (D) and approved with unanimous support, is widely considered the U.S.’s strictest online privacy law on the books. The law, which takes effect in 2020, is similar to the EU’s recently implemented GDPR rules: it gives consumers control over their personal data, granting them the right to know what data is being collected, how it is being collected and how it is being used.

Despite these significant advancements, the majority of U.S. state governments are still struggling with how best to move forward on cybercrime issues. A controversial bill considered in Georgia’s state assembly points to one of the more prominent reasons why U.S. states have had a hard time passing cybersecurity laws: the technology is complicated, and the level of IT- and security-literacy is woefully low among elected officials.

After the Atlanta city government suffered an embarrassing ransomware attack in March 2018, state Sen. Bruce Thompson (R) introduced SB 315. The proposed legislation sought to define a new type of cybersecurity crime that would have made knowingly attempting “unauthorized computer access” illegal. The bill was approved by the state legislature, despite drawing criticisms from cybersecurity experts and technology stakeholders, including executives from Google and Microsoft.

A contentious provision of the bill would have made a special exemption for unauthorized access to computers or computer networks by organizations seeking to prevent attacks on their own networks. The exemption, critics argued, would have broadly authorized the hacking of other networks and systems under the undefined guise of cybersecurity.

“Network operators should indeed have the right and permission to defend themselves from attack, but, before Georgia endorses ‘hack back’ authority in ‘defense’ or even anticipation of a potential attack with no statutory criteria, it should have a much more thorough understanding of the ramifications of such a policy,” Google and Microsoft executives wrote in a letter to Gov. Deal. “Provisions such as this could easily lead to abuse and be deployed for anticompetitive, not protective purposes.”

Georgia Gov. decided that the bill and its controversial provisions “may inadvertently hinder the ability of government and private industries” to protect against online breaches and hacks, and vetoed the bill in May 2018.

The SNAFU is illustrative of a wider lack of knowledge on cybersecurity among elected and appointed officials within local, state and federal governments. The OMB report mentioned above noted that agencies do not understand cybercrime threats and do not have the resources to combat the current threat environment posed by cyber attacks. With less funding, it’s safe to assume state governments and officials are equally ill-equipped to deal with such threats.

At the enterprise level, businesses in the U.S suffer from a similar “cybersecurity skills gap.”

Cybersecurity solutions: what needs to happen to stop the bleed

The 2018 cybersecurity infrastructure law (sometimes also referred to as “CISA”) may address some of the shortcomings of the 2015 CISA law, but it’s still too early to tell just how impactful the new legislation will be. On paper, it looks more like a organizational shuffle than anything else.

At the federal level, a more disciplined approach to IT network security, data policies and cybercrime monitoring would help the U.S. catch-up to European counterparts. The OMB report, for instance, recommends standardizing cybersecurity processes and IT capabilities across federal agencies.

In the meantime, state governments will continue to shoulder the burden of cybersecurity. Recognizing this imperative, 39 state governors banded together in 2017 to sign an interstate cybersecurity compact. The “Compact to Improve State Cybersecurity” outlines a set of guidelines for states establishing cybersecurity programs. Recommendations include conducting risk assessments for critical infrastructure, developing integrated data governance policies aimed at better managing data within state networks and systems; incentivizing students and veterans to enter cybersecurity training programs, and creating information-sharing frameworks between state agencies.

And as data breaches become more common — and more devastating — state officials are taking measure to protect their residents. In December 2018, twelve state attorneys general filed suit against a group of healthcare IT companies in the wake of a data breach that occurred in 2015. We may see more of these types of lawsuits moving forward.

Cybersecurity laws passed, pending, or rejected as of Q4 2018

8 Steps To Protect Public Property From The FCC 5G Small Cell Order
Founders: 10 Best Cities (Outside Silicon Valley) For Your Next Startup