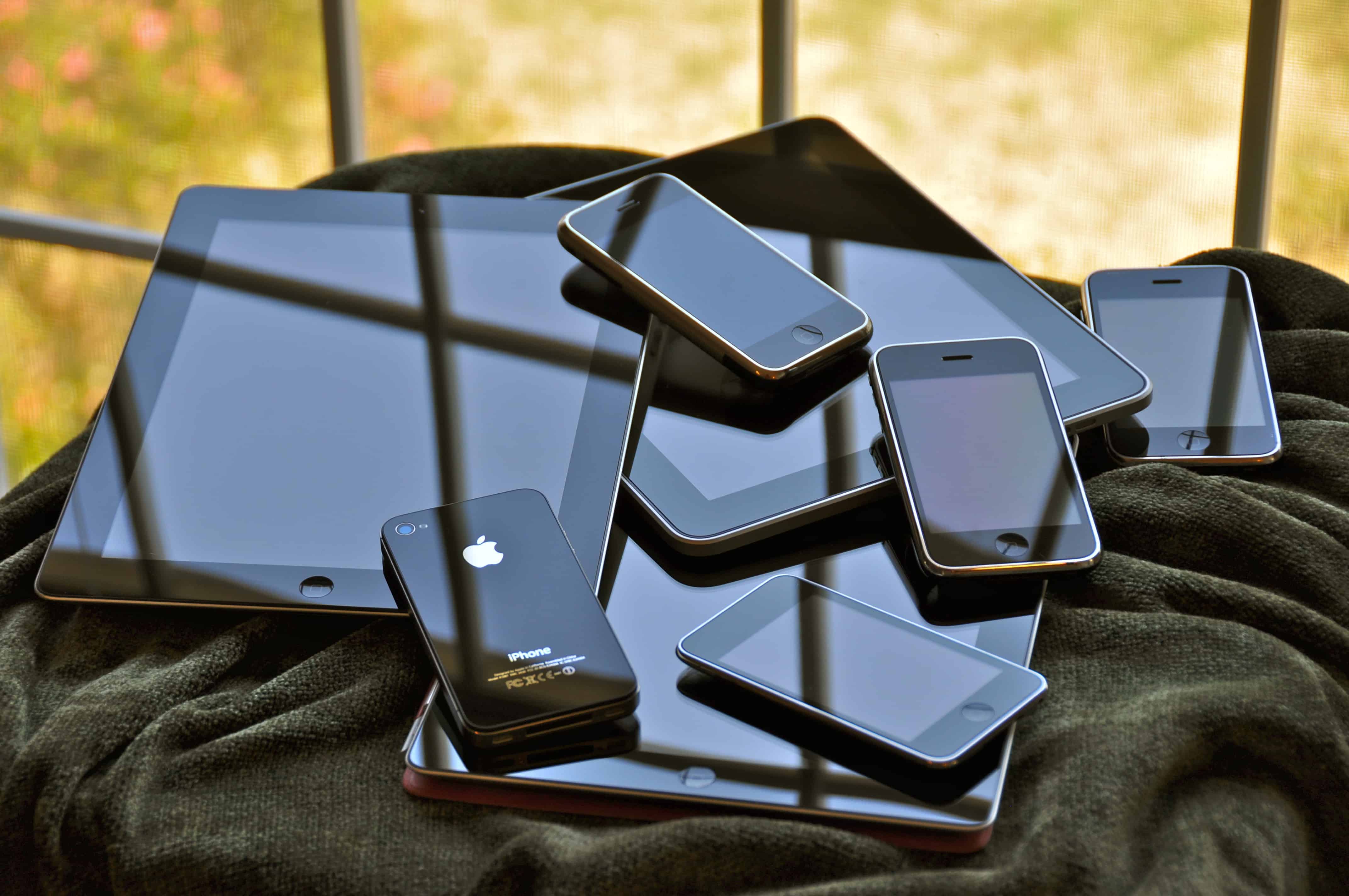 Data caps and fees for “unlimited” broadband access are a hot topic in the minds of both consumers and Internet Service Providers (ISPs).

While data caps may seem like just another revenue source for ISPs, they actually signal a shift towards a new pricing structure.

For a full overview of Cable, DSL, and Fiber Optic providers currently listing capped plans, take a look at our complete list of providers with data caps.

The Dynamics At Play

Before we get into the nitty gritty of the situation, let’s look at the big-picture dynamics at play:

First off, large Internet Service Providers are generally public companies, and their priorities reflect that fact:

Consumers, meanwhile, have their own set of interest items:

There are also several broad factors informing both sides of the debate:

ISPs have been taking a lot of heat over the usage caps, but it’s important to remember that as public companies their primary duty is to their shareholders.

It’s not unusual or unfair for ISPs to structure pricing to maximize profits, assuming a fair and competitive marketplace.

Protect themselves from “cable cutting”

Consumers are increasingly “cutting the cable” from dedicated cable television subscriptions, giving ISPs good reason to be worried about their revenue source. We can expect this trend to continue as streaming services like Netflix and Hulu take over the television market.

Of the big players in cable television, DirectTV lost 133,000 subscribers nationwide in the second quarter of 2014.

Comcast, meanwhile, has experienced about a one percent loss each year, as the graph below illustrates:

While the idea of capping broadband networks may seem new, data caps are actually just an update to the informal “throttling” system that ISPs previously used to manage heavy users. As expressed by a Comcast representative to Credit.com last month:

These trials are based on principles of fairness and flexibility … With 10% of our customers consuming half the data that runs over our network, we think it’s fair that those who use more data pay more and that those who use less data also have a chance to save some money. For light data users on our Economy Plus tier, the [sic] can opt in to a program that gives them a $5/month discount if they use less than 5 GB of data per month.

If one person is burning through 3TB of data a month while another subsists on a modest 42GB, it makes sense that they should be billed differently.

Bundled plans don’t really make sense anymore since internet, communication, and entertainment are all delivered through the same pipe. Therefore the pricing needs to reflect that consumers are paying for the pipe providing those services — not the services themselves.

This fact is driving ISPs to realize that the real value they offer consumers is the broadband cable, or “pipe,” that connects them to what they want.

Long story short, ISPs are moving toward pricing the pipe, which in the long run should be a good thing for consumers tired of convoluted cable/TV/phone bills.

Consumers are reasonably concerned that the lack of competition in the broadband marketplace will lead to unreasonable prices, especially in a capped system.

As we’ve reported before, more than 39 million Americans still have access to only one wired broadband provider.

Many of those people are now in a situation where a single company is determining not just how much internet they can use, but also how much it will cost.

Want a job at WalMart? Good luck if you don’t have an internet connection. Anybody who’s entered the job market in the last five years knows that internet access and even an “internet presence” on networks like LinkedIn are increasingly prerequisites to employment opportunities.

Especially for the young, internet access correlates strongly with economic prosperity.  Schools expect it, employers expect it, and anyone without it finds themselves on the wrong side of the “digital divide.”

The FCC agrees, which is part of why it was reclassified as a utility under Title II regulation. Unfortunately, it’s a basic utility that an estimated 100 million Americans currently don’t have at home.

As quickly as it’s gotten essential, internet has also gotten pricey; average costs per user have been rising for years.

Current data suggests the trend will continue unless either healthy competition or FCC intervention come into the picture.

Considering that internet use rises every year, price jumps aren’t totally unexpected. It’s a hard issue to analyze, however, since figures for internet usage per person vary widely depending on the source. Most cite “average” figures around 30GB alongside “cord-cutter” statistics tending toward over 200GB per month.

While both of these figures are below the commonly-cited 300GB Comcast cap, the approach of 2k and 4k streaming has huge implications for what 300GB of internet usage will actually account for 3-5 years out.

Streaming obviously plays a part in usage concerns, and to be fair services like Netflix and YouTube account for huge chunks of internet traffic. The question is: what is a “reasonable” amount to use, and where is the line between internet as basic utility and internet as entertainment source?

Over the Top streaming vs. OnDemand TV

The debate over OTT streaming services vs. OnDemand TV (QAM/MPEG4) gets even messier when you consider that paid TV service comes over the same data connection as internet.

The difference is that paid TV is provided as an additional provision on top of a particular plan’s broadband threshold, meaning that paid TV and OTT streaming services consume approximately the same amount of data.

It’s important that broadband consumers and particularly cable cutters understand that internet and cable TV come from the same pipe as they weigh their billing options. One of the biggest misconceptions about broadband plans is the notion that cable TV and broadband internet are coming from different pipes.

The muddled background of broadband providers as cable companies combined with package plans obscures this fact, making it seem like OTT streaming is radically different from cable television service. In fact, they are essentially identical aside from the packaging and price tag.

2k and 4k data streams are already hitting the market, making a dramatic rise in average household broadband use very likely over the next 3-5 years.

Ultra high-def may be the wave of the future, but 4 times the pixel density comes at a cost of four times the data usage.

Using a high quality codec can bring that number down, but most consumers are still looking at streaming costs of 7-18GB/hour for 4k streams vs. about 4.7GB/hour for a standard connection. That’s a big jump.

Many consumers are concerned that Comcast will leverage caps to create a competitive advantage for their own OTT services. XFINITY is currently exempt from Comcast data caps, allowing subscribers to stream unlimited video over Comcast broadband without throttling or caps.

Video streamed over third-party OTTs like Netflix, meanwhile, counts towards a plan’s 300gbs ceiling. For exact phrasing, see this statement from the Comcast FAQ page:

Q: Will watching XFINITY TV directly on my Xbox 360 use data from my XFINITY Internet monthly data usage allowance?

Given that this arrangement is very similar to traditional cable TV, the question of whether or not this and similar setups represent internet “fast lanes” remains to be concluded.

Regardless, an OTT streaming service that is exempt from the restrictions placed on other traffic using the exact same infrastructure obviously raises Net Neutrality concerns similar to AT&T’s experimental “sponsored content” data program.

The sorts of prioritized data connections outlined above were a huge part of the debate that eventually resulted in Title II regulation passing in February 2015, officially outlawing internet “fast lanes” that favor particular data sources.

Consumers aren’t the only ones concerned about the potentially anticompetitive nature of fast lanes. Netflix and other OTT services were as heavily involved in Title II hearings as the ISPs, with obvious concerns about how the outcome would affect their business models.

The FCC ultimately ruled fast lanes anticompetitive. Until the issue goes back to court they’re off the table. For now internet is officially a utility and thus subject to government intervention if the FCC considers ISP policy changes to be anticompetitive. That includes caps.

Entertainment isn’t the only service that’s moved to the pipe.

Communication via services like Skype and cell “piggybacking” plans like Republic Wireless are also important to consider.

Given that these services basically exist to circumvent the already-capped mobile data and wired phone offerings, it will be interesting to see how new services like Google Fi adapt to a data environment that puts caps on the pipe as well as mobile.

Much of the consumer pushback against the caps has centered around the seemingly arbitrary limits, so it’s important to understand that wireless technologies have inherently different congestion issues than wired ones.

Putting a cable in the ground is expensive, but the point of laying cable in the first place is that it’s the most efficient and cheap way to transmit data once installed.

Netflix claims the cost of 1GB of data to ISPs is less than 1 cent. ISPs and analysts generally cite figures closer to 10 or 15 cents. Either case puts overage fees at a heavy profit to the ISPs, leaving consumers suspicious of “network overload” as a reason for caps.

Parallels in the Mobile Data Industry

The key difference is that the mobile data marketplace is sufficiently competitive to keep capped prices within reason. Mobile data providers have to strike a balance where consumers can get enough data for their needs at a price they can afford. Otherwise they’ll just switch providers, resulting in a revenue loss for the provider.

As it stands, switching providers isn’t an option for most broadband subscribers, leaving them between a rock and a hard place if they rely on their connection for business, health, and other critical needs.

Paying for the Pipe

Regardless of who comes out on top in the internet debate, the outcome is the same: consumers are paying for the pipe.

Paying for the pipe is inevitable, so it’s more important than ever that the broadband marketplace becomes more competitive. A win-win like that in the mobile data sphere is possible. However, many of the factors above need to be addressed and resolved before either side can start to see the benefits.

What does all this mean for consumers? For the time being, more expensive internet.