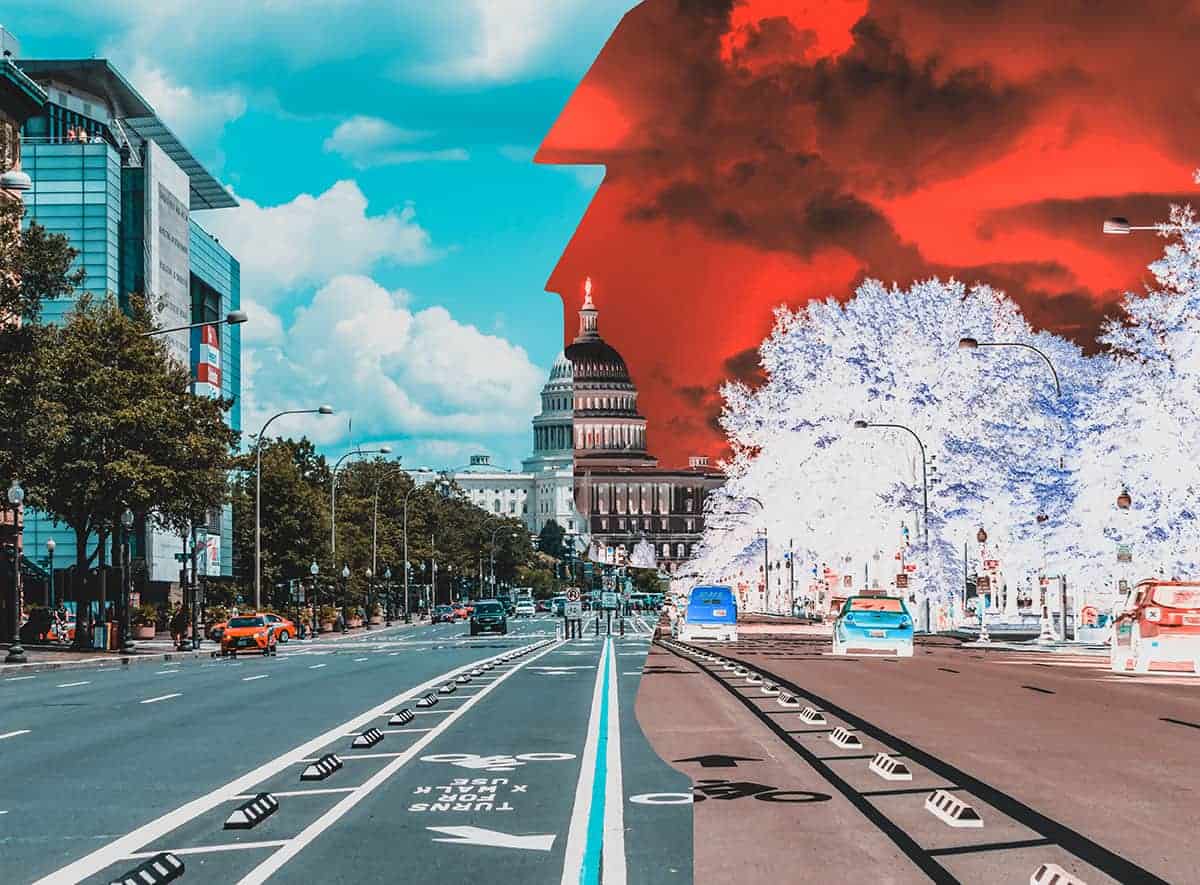 FCC vs FTC: Who Polices the Internet After Net Neutrality?

Who the FTC Is and Why They’re Taking Over Consumer Protection on the Internet.

Update: this post has been updated as of May 2018 to reflect new appointees under the Trump Administration.

With the Federal Communications Commission (FCC) loosening their regulatory authority over how Internet providers like AT&T and Verizon structure their service offerings, the Federal Trade Comissione (FTC) is expected to pick up the reigns of policing ISPs on issues like Net Neutrality.

FCC Chairman Ajit Pai maintains that this won’t disadvantage consumers, since the FTC will be able to handle instances where a regulatory touch is needed to ensure that Internet Service Providers (ISPs) offer reasonable service.

“In the months and years ahead, we look forward to working closely with the FTC to ensure the protection of a free and open internet,” Ajit Pai stated during the appeals court session that handed regulatory authority over to the FTC.

What does this mean for the average person? Mainly, that the process for handling consumer wellbeing issues like throttled Internet traffic or misrepresentative advertising will be handled by a completely different agency moving forward. While the FCC traditionally focuses on regulating the telecom industry specifically, the FTC has authority over consumer protection in all industries.

Despite being understaffed and facing a shifting technological landscape, the FTC will be stretched to serve as the “cop on the beat” for Internet issues like digital privacy and broadband access in the coming years.

What Does the FTC Do?

Originally founded in 1914, the FTC has long been a vessel for consumers to air their grievances with businesses and collectively inspire change. In light of recent events, it looks as though the agency may be central to the fight to keep the internet a fair and equal playing ground for consumers and businesses alike.

Over the course of its existence, the FTC has honed itself down to pursuing two chief goals:

This means monitoring consumer complaints about unfair business practices, as well as taking legal action whenever necessary. In their own words:

The FTC is a bipartisan federal agency with a unique dual mission to protect consumers and promote competition. For one hundred years, our collegial and consensus-driven agency has championed the interests of American consumers. As we begin our second century, the FTC is dedicated to advancing consumer interests while encouraging innovation and competition in our dynamic economy.

Specifically, the government agency works with the Justice Department to enforce antitrust laws, and also acts as a watchdog for any practices that, in their own words, “could harm consumers by resulting in higher prices, lower quality, fewer choices, or reduced rates of innovation.”

FTC vs FCC: What’s the difference?

Though they largely exist in two different regulatory worlds, the FTC and the FCC have made headlines in recent years for their overlapping jurisdiction on many issues, such as the ongoing debate over what privacy means in the digital age.

Despite this, both have very specific mandates, and for the most part, they have long worked together towards a common end. The FCC has traditionally focused on the telecom industry at large, while the FTC presides over just about every other market, except for non-profits and banks.

Who Appoints Commissioners to the FTC?

Each Commissioner is appointed by the sitting President of the US and confirmed by the Senate. Five commissioners are usually chosen, with no more than three being able to belong to the same political party, much like the FCC. Each one is nominated to serve a term of five years, with one being directly chosen by the President to lead the organization as Chairman or Chairwoman.

Who are the current FTC commissioners?

After initial delays appointing new FTC commissioners in 2018, the Trump administration has filled out the FTC with the following members:

Chairman Simons was sworn in on May 1st, 2018, replacing acting Chairwoman Maureen K. Ohlhausen (who has since stayed on as a commissioner). He has served the FTC prior to his current role, including a stint as Director of the Bureau of Competition from 2001 to 2003. Simons has helped develop key practices within the FTC and the Department of Justice Antitrust Division, and brings a wealth of experience dealing with antitrust issues with him to his new leadership role. Chairman Simons earned his A.B. in Economics and History from Cornell University in 1980 and his J.D., cum laude, from Georgetown University Law Center in 1983.

Chairwoman Ohlhausen at one point worked at Wilkinson Barker Knauer, a law firm that has represented big cable companies such as Comcast and Verizon in the past. In January 2018, she was nominated by President Donald Trump for an undetermined seat on the United States Court of Federal Claims.

Commissioner Phillips was sworn in on May 2nd. Prior to the FTC, he has served as the long-time Chief Counsel to U.S. Sen. John Cornyn (of Texas) on the Senate Judiciary Committee. From 2011 to 2018, Phillips has worked on a wide variety of legal and policy-related matters, including experience as a prominent litigator. He received an A.B. from Dartmouth College, as well as a J.D. from Stanford Law School.

Rohit Chopra is one of two Democratic Commissioners currently serving at the FTC. His background includes a wide variety of work in government agencies, such as the Department of the Treasury. Here, he launched the Consumer Financial Protection Bureau (CFPB), where he served as Assistant Director , as well as Student Loan Ombudsman. The recipient of a Fulbright Fellowship, Chopra has his BA from Harvard University and an MBA from the Wharton School at the University of Pennsylvania.

FTC Net Neutrality authority: What can and can’t they do?

In 2017, the FTC and FCC outlined a joint plan to handle the impending changes brought on by the repealing of the net neutrality protections put in place just two years prior in 2015. Essentially, the FCC plans to leave the task of policing internet service providers to the FTC, with Chairman Ajit Pai stating that “Instead of saddling the Internet with heavy-handed regulations, we will work together to take targeted action against bad actors. This approach protected a free and open Internet for many years prior to the FCC’s 2015 Title II Order and it will once again following the adoption of the Restoring Internet Freedom Order.”

In early 2018, federal courts ruled that the FTC has authority to police providers who may try and establish unfair business practices directly. This decision was largely celebrated by consumer advocacy groups, though many still say that the new ruling is not as robust as the original protections put in place by the Obama-era FCC. Chairman Pai seems to disagree with that notion, calling the court’s decision “a significant win for American consumers.”

The main fear amongst those opposed to the move is that the FTC can only take action if and when a company violates the trust of consumers. This means that as long as they disclose their policy in a transparency statement, they could, for instance, block access to certain services and be completely in the clear. This is a departure from the proactive measures in place during the Title II era. In short, here’s how their new jurisdiction stacks up:

What the FTC can do:

What they can’t do:

Title I vs Title II: How does Internet Freedom affect FTC authority on ISPs?

Under the previous Title II protections established in 2015, the FTC did not have direct jurisdiction over internet providers and their practices. This is because Title II is built around the firmer regulations established by Congress in the Communications Act, which passed back in 1934. These protections were originally built to combat the looming telephone company monopoly of the era, but advocates for lighter-touch regulation claim that they aren’t well-suited to the issues facing consumers today.

Instead, internet providers are now going to be regulated under Title I protections, meaning they are subject to less stringent regulatory oversight. The Restoring Internet Freedom Act (which passed in 2017) delivers jurisdiction back to the FTC, a hand-off reinforced by the recent court decision mentioned above. Going forward, they will have an increasingly important role to play in ensuring that American consumers are treated fairly by the corporations that now more fully control the flow of the internet as a whole.

How to file FTC complaints about Internet issues

With the FTC taking the helm for consumers, it’s important to know where to direct your comments and concerns. The agency has made it easier to file a complaint directly on their website, and they’ve even added an instructional video to help you structure it for maximum impact. You can find the FTC consumer complaints page here.

In general, the more information you can provide, the better, but keep the complaint focused on the issue itself. When frustrated, your first instinct may be to fill up the text box with emotionally-charged information, but the truth is, this is less likely to get you what you want in the end, which is a resolution. Try to leave the anger out of the equation, instead explaining specifically where you feel you’ve been wronged and what can be done about it. It’s still not a guarantee, but you’ll probably find that it goes further to keep a cool head.