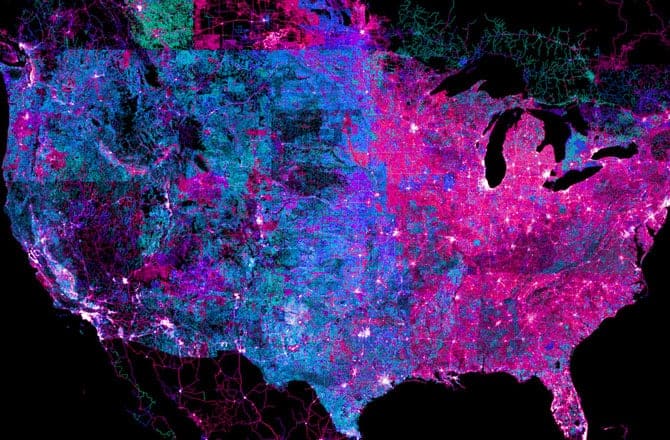 Where the 2016 Candidates Stand on Broadband, Net Neutrality, and Internet Issues

Politicians have a well-earned reputation for misunderstanding the Internet.

…So it’s no surprise that candidate stances on tech issues are all over the map as we approach the 2016 presidential election.

From Clinton’s email server scandal to Trump’s proposal of “closing that Internet up” to fight ISIS , Internet users have plenty of reason to be concerned about how either candidate might alter the landscape of “InternetLand” if they take office.

There’s a lot more than our YouTube addiction at stake for the American public: Net Neutrality, municipal broadband, and data privacy are all on the chopping block.

Let’s take a close look at where the candidates stand on Internet and broadband issues. I’ll start with a brief overview of each candidate, then dive into the specific debates.

Clinton has gotten a lot of attention from the tech community this year thanks to her detailed briefing on technology and innovation — described in the media as “a love letter to Silicon Valley.” She’s gotten less-positive attention for the ongoing debate about her use of private email servers to send and receive classified emails.

The Internet has been instrumental to Trump’s unexpected rise, but he hasn’t made many concrete statements on broadband issues. Trump described the tech sector as a “bubble” and suggested that he would shut parts of the Internet down to fight ISIS .

Johnson follows the Libertarian philosophy to the letter: small government, free industry. He’s a vocal supporter of the innovation economy and describes legislation against companies like Uber and AirBnB as “shortsighted .” He maintains an anti-Net Neutrality stance, although his plan for dealing with cable monopolies has yet to be discussed.

Stein draws close to the Democratic line on all tech issues, though more liberal than Clinton on all counts. She drew some negative press recently for suggesting that Wi-Fi is bad for children .

Let’s take a closer look at the individual issues:

In short, Net Neutrality is the concept that Internet Service Providers (ISPs) must treat content passing over the Internet equally, without favoring or blocking any of that content.

Net Neutrality supporters view Internet access as an essential utility like electricity, which the government has a responsibility to make available to consumers at a fair price.

Net Neutrality opponents get a bad rap thanks to merciless cable lobbyists, but there are legitimate concerns about over-regulating digital information infrastructures. Chief among these is the fear that it could lead to a “legalized monopoly” situation like electricity and water, where the government essentially “grants” monopolies to specific companies in exchange for regulatory power over those company’s operations and pricing.

It’s less than ideal for broadband because Internet technologies are rapidly evolving, benefiting from free market competition between cable companies, DSL providers, and upstarts like Google Fiber and fixed wireless providers. Unlike electric and water utilities, it’s logistically possible for multiple providers to service a residence.

Whether you like it or not, Net Neutrality has become a necessity to offset the current monopoly on service — as of 2013, half of American households only had one option for home broadband, and in spite of legislative actions like Net Neutrality, the picture is far from rosy.

Even with regulation stepping in, ISPs often find loopholes (like drawing up territories or striking exclusive deals with apartment landlords) to keep consumers stuck with high prices.

Former Republican contender Marco Rubio may actually have provided the voice of reason on this issue, when he warned that classifying Internet as a utility is is a double-edged sword that gives power to “an unelected, unaccountable board that every lobbyist, lawyer and crony capitalist with a vested interest in the Internet will seek to manipulate .”

Clinton’s promises to expand broadband sound good to Silicon Valley, but critics point out that the candidate accepted over $350,000 in campaign contributions from cable lobbyists — a conflict of interest worth noting.

Trump, for his part, hasn’t made any statements that indicate his stance on Net Neutrality, other than that he is against it. In a 2014 tweet, he seemed to confuse Net Neutrality with censorship, which is ironic considering his suggestion that censoring parts of the web would be an effective measure against ISIS recruiters:

Obama’s attack on the internet is another top down power grab. Net neutrality is the Fairness Doctrine. Will target conservative media.

He also has yet to describe how he’d prevent all-out monopolies from increasing if Net Neutrality is repealed, especially in rural areas where building infrastructure is prohibitively expensive with current technologies.

If he holds true on his stance against corporate lobbying, we could at least see the current roadblocks against municipal broadband lifted, allowing towns to deploy their own networks when private companies fail them.

Clinton has some compelling proposals for expanding broadband, including government investments in public Wi-Fi. She also proposes a “model digital communities” grant program in her Technology and Innovation briefing, which would give money to state and city-level initiatives to develop innovative high-quality low-cost broadband.

Trump proposes a trillion dollar infrastructure program backed by bonds and loans in his book Crippled America . However, Internet infrastructure goes unnamed in this roadmap. Considering that he also suggests doing away with the Rural Utilities Service, it’s unlikely dark fiber or public broadband would be included in the project.

Municipal broadband is generally supported on both sides of the partisan lines, whether the rational is state rights or Net Neutrality. Unfortunately, municipal broadband — which has driven huge economic rewards for cities like Chattanooga — faces equally huge legal hurdles, mostly in the form of local laws pushed by telecom lobbyists to prevent government-funded competition.

Clinton voiced support for municipal broadband in her technology briefing, and promises to give grants to support individual initiatives. Again, though, her relationship with telecom lobbyists has some voters suspicious of how she would act on these promises as president. Trump, meanwhile, has made no statements on the issue.

The stances of the 2016 candidates on privacy and encryption are best demonstrated in their opinions of NSA whistleblower Edward Snowden.

In case you’re unfamiliar: Snowden leaked documents that revealed the alarming extent of warrantless US digital surveillance on citizens and foreign governments. Since then, he has been on the run and currently lives in hiding in Russia .

Clinton describes Snowden as a “law-breaker,” going on to say that “if he is … secure in his belief that what he did was the right thing, he should come home and defend it. ”

Trump is predictably extreme: “This guy’s a bad guy. There is still a thing called execution. ”

Johnson takes a lighter approach and regards him as a whistleblower above all else, valuing the exposure of US government law-breaking over Snowden’s individual law-breaking:

I don’t want to see him in prison … This is someone who has divulged information that we would not know about currently — and that’s the United States government spying on all of us as U.S. citizens.

Stein not only promises to pardon Snowden, but stated that she would appoint him as a member of her cabinet, citing his service as whistleblower and patriot.

The big picture: Internet for all

One thing we can all agree on, regardless of partisan alliance or economic theories: Internet is more than just a “nice-to-have” luxury. It’s quickly become the go-to communication tool for our culture, and as such is an absolute necessity.

Data supports the notion that Internet access boosts employment — without it, consumers are left on the dark side of a “digital divide,” cut off from information, education, and economic opportunity. White House reports have consistently highlighted the positive effects broadband access has in underserved communities .

Whoever takes over the White House in the coming year, consumers are reasonably skeptical that Capitol Hill will prioritize universal Internet access over partisan ideology. Let’s hope to be proven wrong on this one.

What is Net Neutrality and why does it matter?
Cable, Satellite, IPTV & OTT Streaming: What’s the Difference?