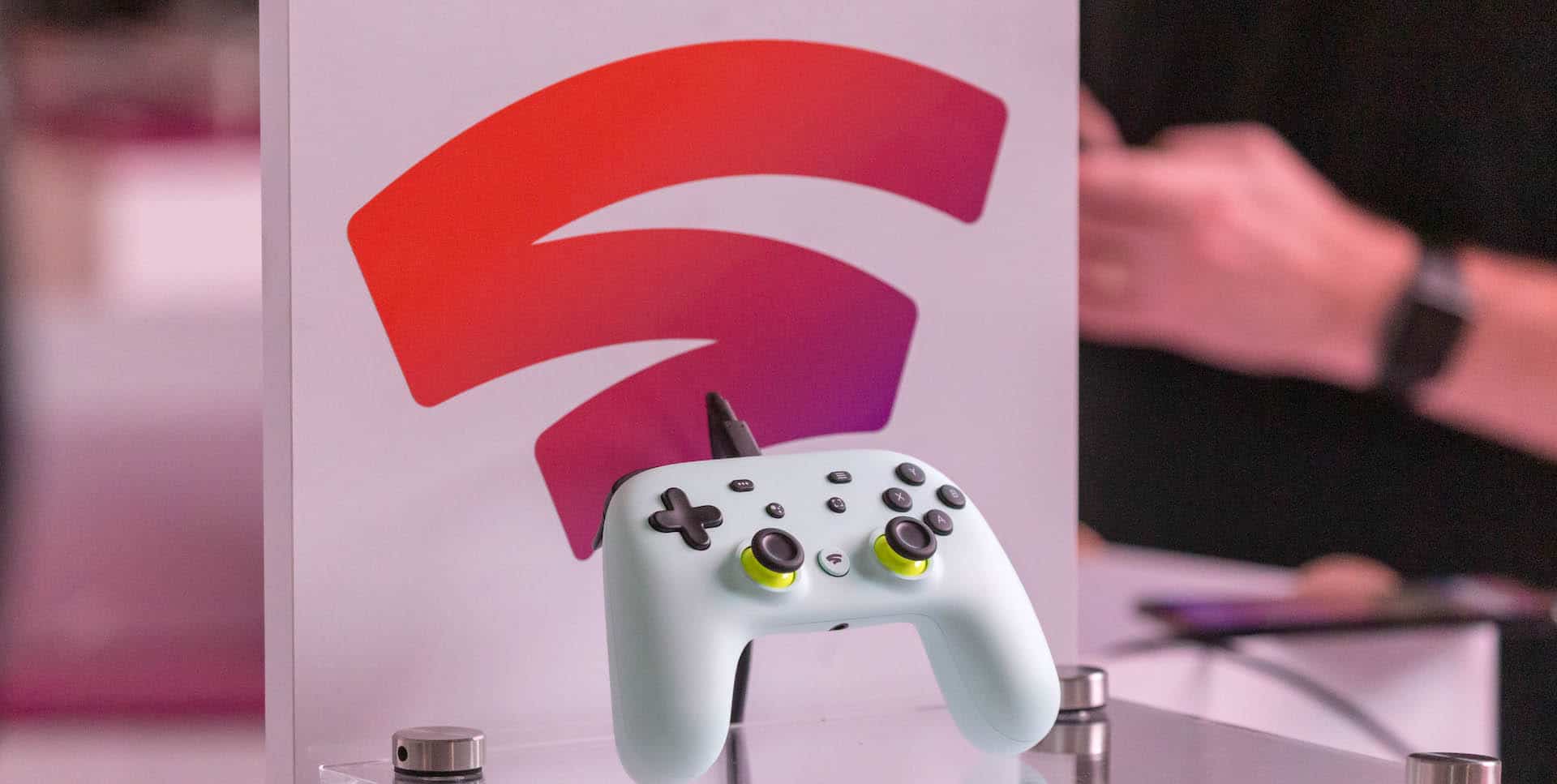 Google Stadia arrives in November, seemingly heralding a new era of interactive media streaming – one where physical hardware becomes a relic of the past and where all players can experience the highest degrees of fidelity, regardless of the device they happen to be using.

We maintain a list of all internet provider with data caps, and are often asked how new streaming technologies will impact consumers. With that, we took data from our plans database, gamer data from The NPD Group, and a survey of US households to arrive at several conclusions.

First, we estimate that approximately six million out of the 34 million daily gamers would eat through their data caps if Google Stadia becomes their primary gaming destination.

Second, we learned that many are not aware if they have a data cap at all, and this may put consumers, providers and streaming technologies at odds with one another.

It has been reported that Google’s new game streaming service will consume as much as 15.75 GB per hour when used at the highest settings. Our survey findings point to a potential disconnect between consumers and the services they use, showing that our transition into game-streaming nirvana may be a bumpier one than many expect.

Pushing The Limit: How Many Gamers Have Data Caps?

According to The NPD Group, 34 million gamers play 22 hours per week on average. If these individuals switched to using Stadia as their primary gaming platform, they would eat through even the highest data caps (usually around 1 TB, or 1,000 GB), coming in at roughly 1,386 GB monthly. It is important to note that this assumes that users only use their connections to game with Stadia; it doesn’t account for other activities like TV and movie streaming, video chatting, and general browsing. It also assumes a one-user household.

17 percent of the 943 respondents to our survey indicated that they had a data cap. A further 21 percent said that they didn’t know whether their ISP had one or not. Most terrestrial providers like Cox, XFINITY and Frontier employ some sort of data limit on customers. Satellite providers such as HughesNet and Viasat have similar caps in place, often with stricter bandwidth limitations. 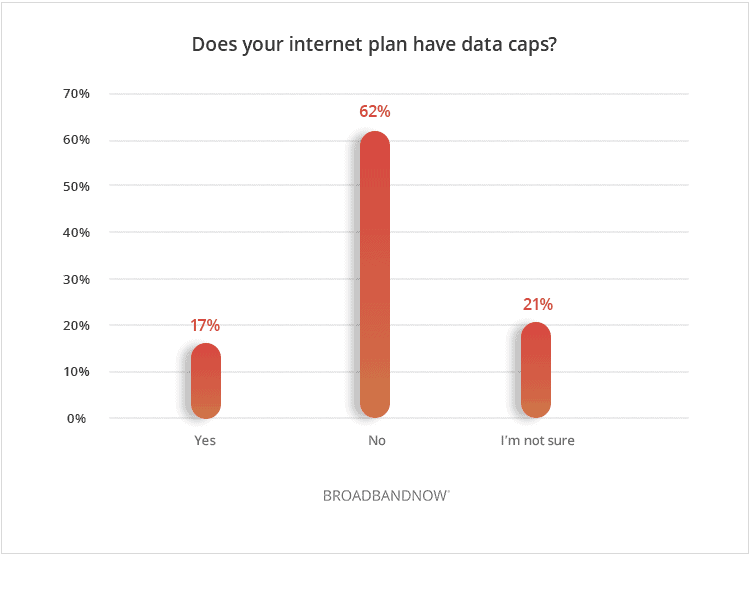 For context, iGR reported in 2016 that the average households uses 190 GB of data per month. Research firm Openvault found that nationwide bandwidth consumption had grown by 40 percent in early 2018, ballooning to 269 GB per month. The study also concluded that the number of households that consumed a terabyte or more of data per month had nearly doubled from 2017 to 2018.

This tremendous growth rate seemingly places consumers on a collision course with their internet service’s data limitations. Nearly half of users who reported having a data cap on their internet plan indicated exceeding it at least once in our survey. Another 11 percent were unsure whether or not they had ever gone over the limit. 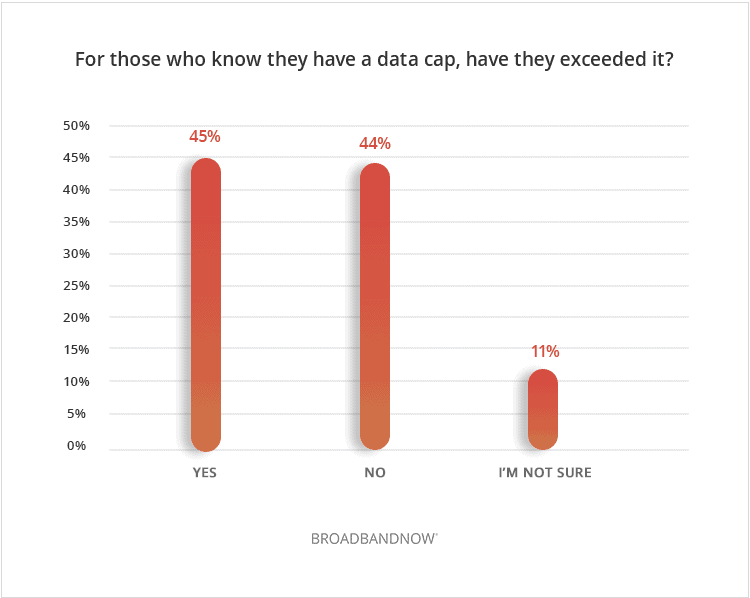 It stands to reason that anyone looking to use Stadia with a data cap could wind up bottlenecked by their service provider, especially if they hope to use it alongside other streaming media services. Even taking just the 17% of users who reported having a data cap into account, that could mean that nearly 6 million of the 32 million daily gamers in America could run into a wall when using the upcoming game streaming service.

Are Gamers Prepared For Google Stadia? 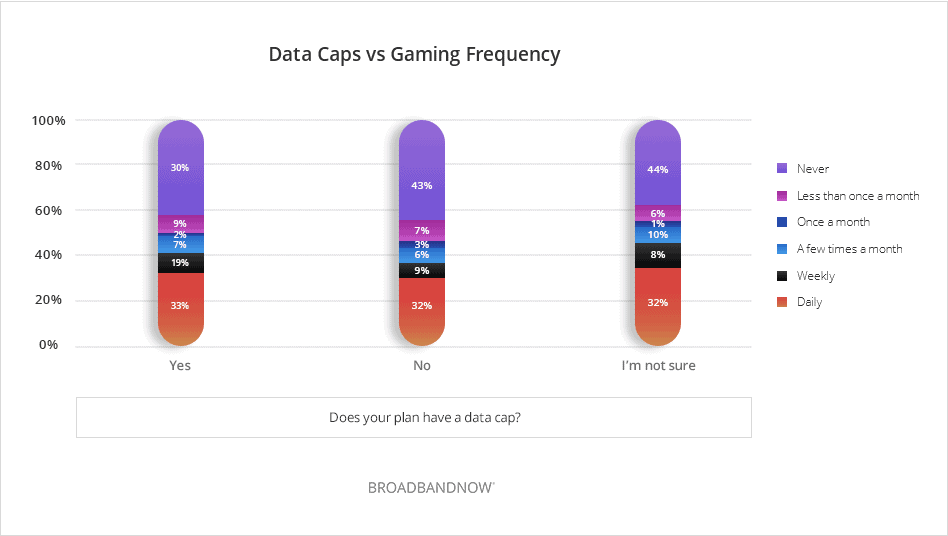 Those who played video games at least once a month were also most likely to exceed their data caps, if they had one. 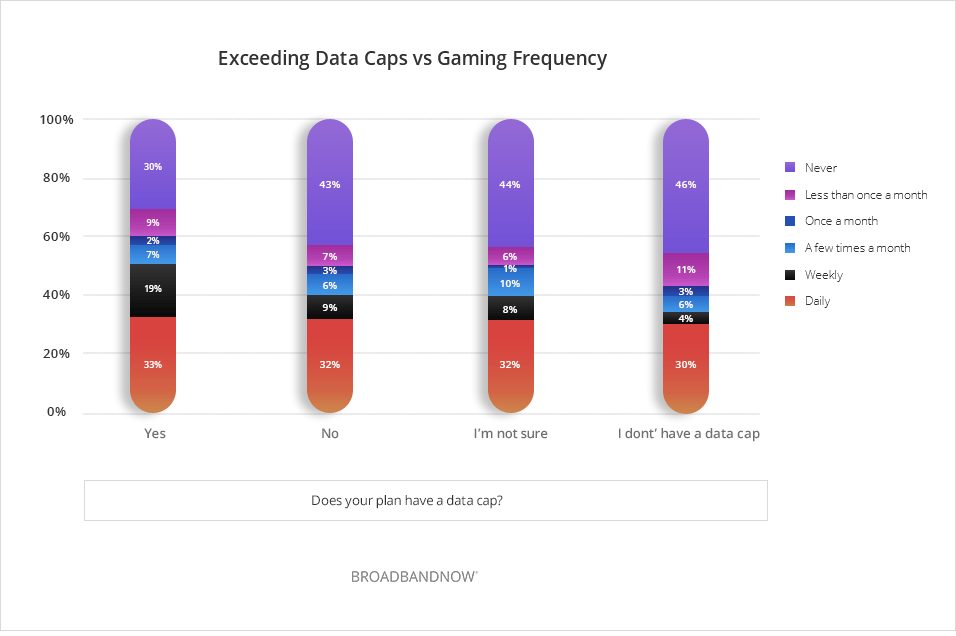 Currently, online gaming can consume data at a moderately quick pace. But users are typically only uploading and downloading smaller sets of data when playing a game that is installed on their local device. With a streaming service like Google’s, the entirety of the game files have to be streamed in, increasing the bandwidth requirements dramatically in many cases.

Game Streaming: Where Will The Bandwidth Come From?

Taking this dataset as a whole, it is clear that many gamers are not well-positioned to be able to enjoy Google Stadia as it is meant to be used. Some executive voices within the company seem to be optimistic that service providers like AT&T, Spectrum and CenturyLink will adapt to its new platform by raising data caps for consumers as time goes on. In an interview with GameSpot, Google VP Phil Harrison said the following:

“The ISPs have a strong history of staying ahead of consumer trends and if you look at the history of data caps in those small number of markets—and it’s actually a relatively small number of markets that have [data caps]—the trend over time, when music streaming and download became popular, especially in the early days when it was not necessarily legitimate, data caps moved up. Then with the evolution of TV and film streaming, data caps moved up, and we expect that will continue to be the case.”

While the argument can certainly be made that data caps have increased over time, it remains to be seen whether or not a single service will be enough to drive meaningful change amongst the dozens of providers which currently employ data caps and other limits.

This is especially true at the outset of the service, when millions of gamers will likely be testing the waters, trying to decide if Stadia is for them or not.

As Stadia enters its launch phase, it will be crucial for the service to prove to consumers that one of its core benefits – playing games at their highest settings – can be enjoyed within the constraints of their current internet plan.

Where The 2020 Presidential Candidates Stand On Broadband Issues
Deploying Broadband to Rural Farmland Would Pay for Itself with Precision Agriculture, Boost U.S. Economy by $65B