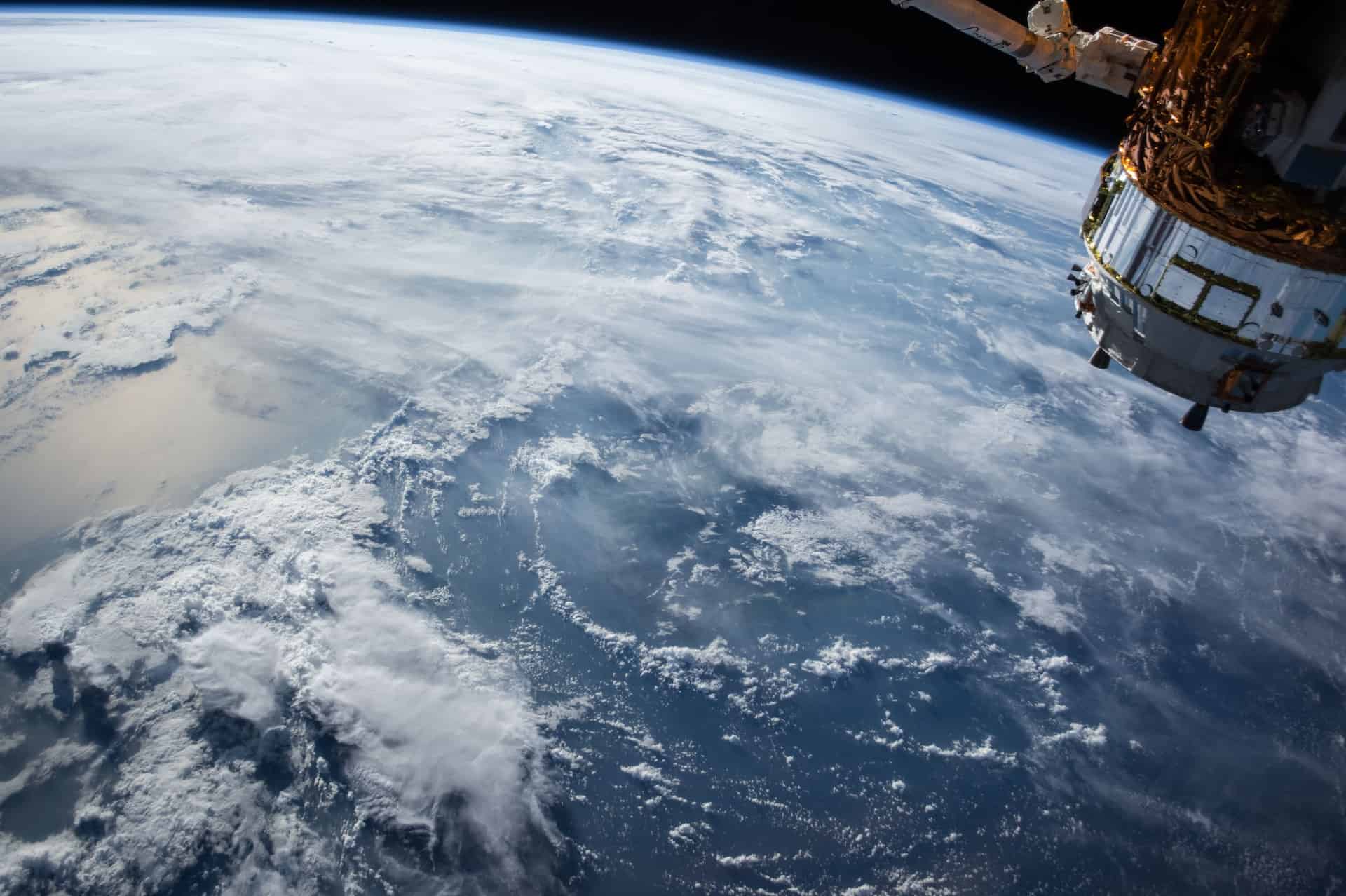 Competition and Pricing: How Starlink Could Change the Internet Industry

The internet industry has a competition challenge in many parts of America. A long history of private infrastructure ownership has enabled the breakdown of a healthy competitive marketplace in many regions, and in its stead, a series of local monopolies and duopolies exist.

This problem has been so persistent due to a fundamental fact of how we deliver connectivity; it’s delivered on physical wires that, in many cases, were installed over a decade prior. These wires – and those who own them – play a key role in the problem, but maybe not the solution. What if there was a way to unshackle Americans from the need for physical wiring? What could be possible in that future?

These are questions the folks at SpaceX’s Starlink seem to be taking very seriously. The company has launched hundreds of novel satellites into low orbit and plans to offer a new kind of broadband with them. The service is currently in a private testing phase, and if all goes to plan, may launch more widely sometime within the next six months. It’s likely to change some things when it does.

There are thousands of cities and towns in the U.S. that are caught up in a difficult ordeal. It’s a deceptively simple one – in these areas, local broadband competition is nearly non-existent. Here’s how we got here:

In many areas, one provider will own the infrastructure for a cable connection.

Another will own the “phone” line, which usually takes the form of a DSL connection.

These two providers exist in relative harmony together. Why? They both understand that new competitive threats are bound by the infrastructure that they themselves own. Moreover, they know that they aren’t truly competing directly with each other in any real sense. The incentive to innovate on technology and price simply isn’t there. 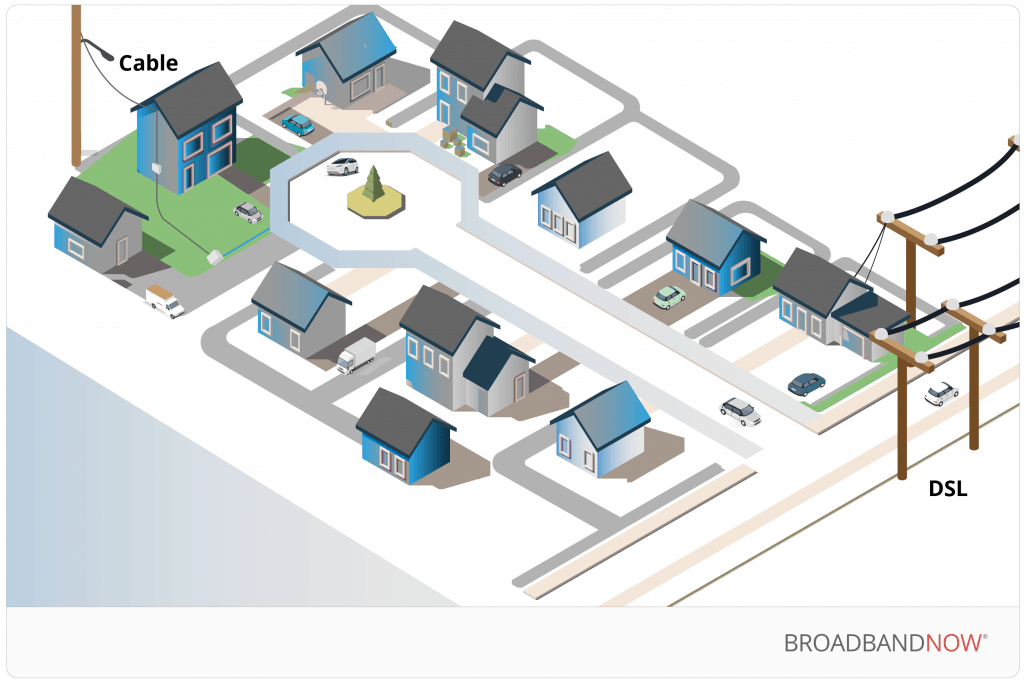 SpaceX’s upcoming LEO broadband solution still has much to prove from a technological standpoint. If the service truly delivers on its core pitch, however, it is going to irreversibly change a status quo that has existed for more than a decade in the broadband industry.

This change will arrive courtesy of the disruptive technology enabling this type of broadband connection in the first place. SpaceX has spent the last decade building and perfectly reusable rockets (something previously thought infeasible). These are the sort of rockets that might be incredibly useful for carting thousands of miniature satellites into space, which is exactly what SpaceX has been doing over the past two years.

Our national database of broadband plans and pricing includes data on more than 2,000 American internet service providers. We have noted a meaningful correlation between the number of providers servicing a given zip code and the average lowest-priced plan in that area. 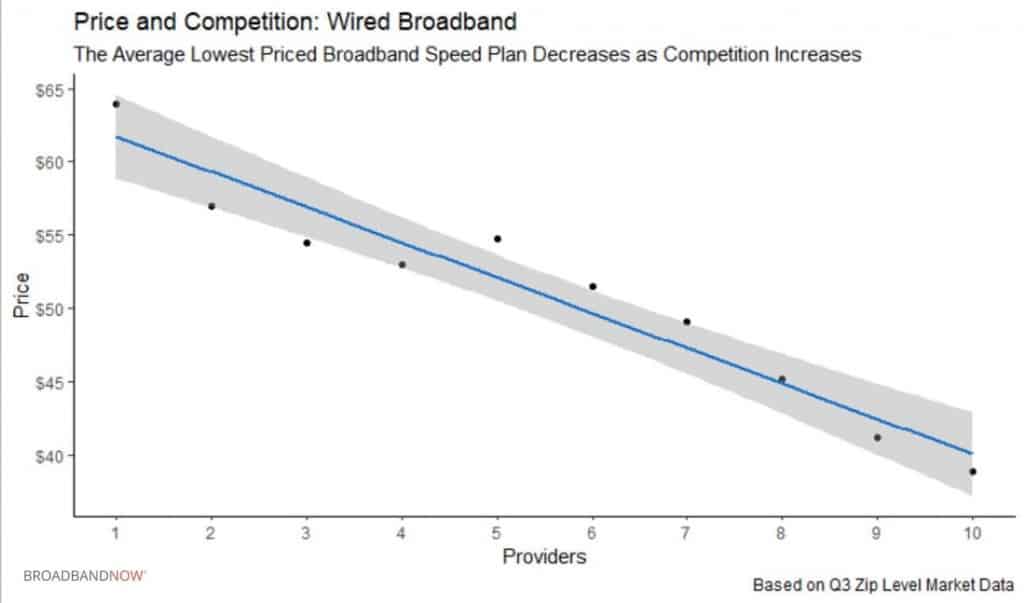 As the table above illustrates, average pricing drops by nearly 40% in communities with 10 or more broadband providers to choose from compared to those with only one choice.

If Starlink, which is touted to have broadband-level performance, were to become available for consumers in many low-competition areas, it would represent the first meaningful change to the competitive landscape in years.

Best of all, SpaceX could accomplish this without the need for underground or pole-based wiring to be run, which has been a significant hurdle to closing the longstanding digital divide in rural and semi-rural communities in virtually every state.

Starlink’s arrival could bring about a plethora of positive changes – perhaps most noteworthy of all, it could help to close the digital divide in a country where as many as 42 million Americans still don’t have even a single wired option to choose from. This change could be transformative for local and regional economies, and could even play a wider role in shaping the country’s trajectory as a whole.

For instance, take a state like Alaska, where nearly 40% of the population is currently cut off from broadband. That’s close to 300,000 people. How might their lives change if they were able to go online? What jobs and other opportunities might they have access to, potentially for the first time ever?

For those who already have options in their area, the new service is likely to have an equally noteworthy effect. 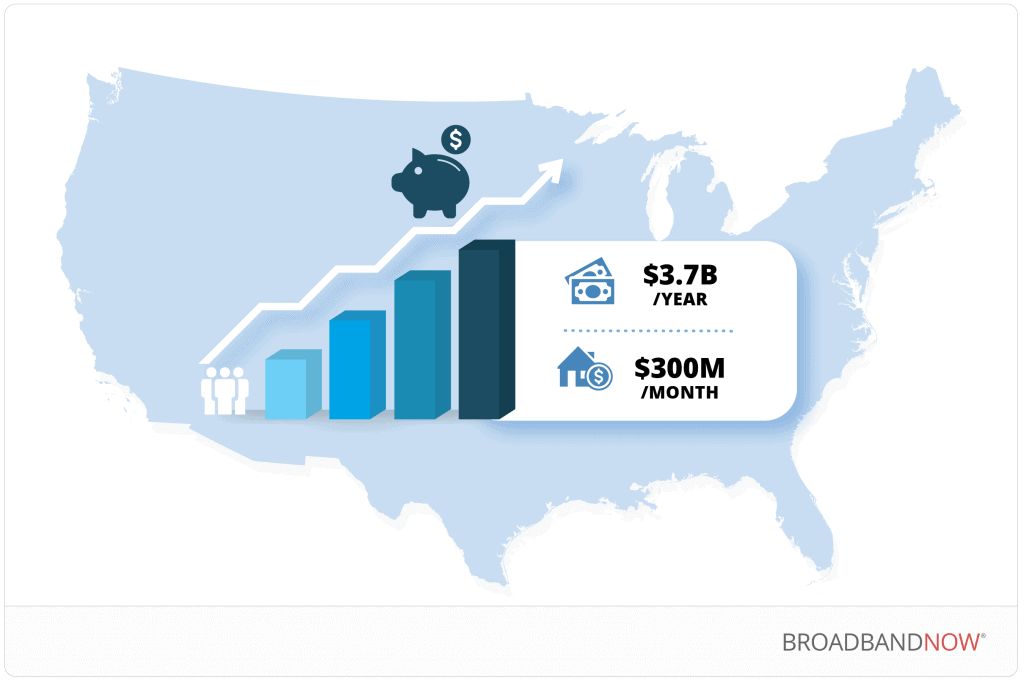 An entirely new broadband option would likely drive down the lowest-cost plan in a given zip code by an average of $2.41 per month. The savings could be far more dramatic in areas with only one or two options at current.

When scaled out to the national stage, consumer household savings could be as high as $300 million a month, or nearly $3.7 billion per year.

Speaking more generally, the new connection could possibly also spur on increased innovation from existing wired providers, improving networks across the country in the process. 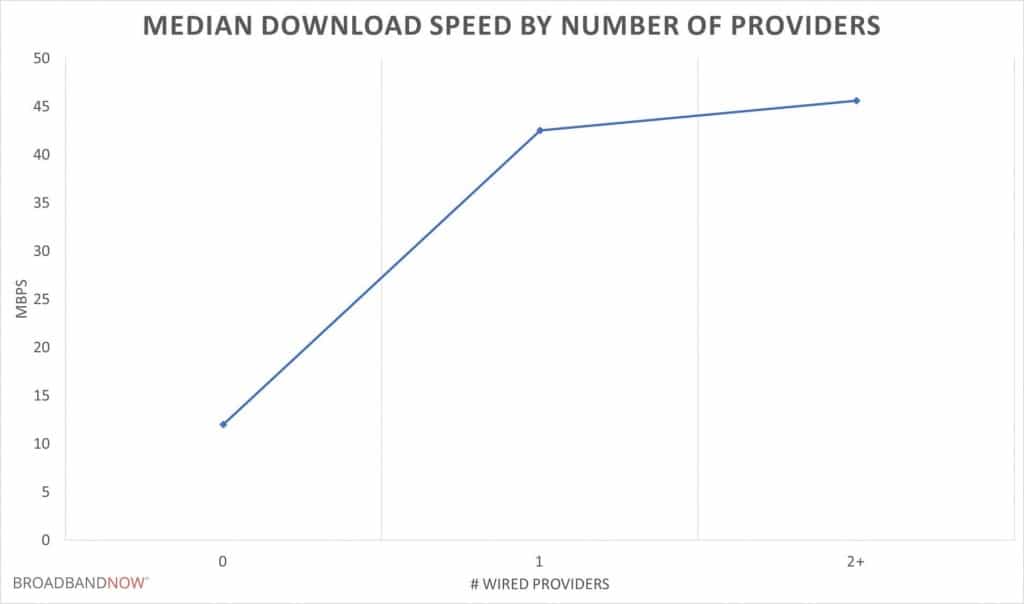 Note that “0” wired providers means areas that do not have any services meeting the minimum threshold for broadband, which is 25 Mbps download, 3 Mbps upload. Speeds tend to trend upward as more competition is added to the market – likely a natural function of the increased competitiveness in those areas.

If Starlink becomes a viable competitor in markets with only one or two options at current, the service could have the knock-on effect of spurring incumbent providers to improve their offerings to keep their advantage. This would be a positive move for consumers everywhere.

Solutions to the digital divide (and why they haven’t worked)

Throughout the 2000’s and 2010’s, many strategies have been adopted to bring broadband to every single American. None of them have worked.

“Leave it to the market”

For reasons covered in-depth above, the free-market approach has utterly failed to wire those in areas where it makes little economic sense to undertake expensive infrastructure build-outs.

Community broadband is a promising and effective way for municipalities to take direct action by offering broadband services themselves, over lines they own and install. It faces a difficult prospect as a silver bullet for the digital divide, however – 22 states currently roadblock or outright ban these operations.

Satellite internet is available to virtually every single American today. However, the satellites are positioned in high orbit, where latency and other data limitations can cause issues for some users.

Cellular service requires a robust, wired “backhaul” to function. While it has a role to play in closing the wider divide, it will need to be deployed in tandem with wired infrastructure.

What’s left when everyone is connected?

Even if Starlink brings broadband to every single American home, the digital divide won’t be closed. Though no pricing information has been announced for the nascent platform, it is inevitable that it will not be affordable for a segment of the population. How we respond to that issue will be the next evolution of America’s digital divide.

Technology plays an ever-increasing role in our lives, and this trend will surely continue well into the future. The current pandemic is highlighting this plainly, reminding us that being connected with remaining distant is an essential public service. Allowing entire swaths of our population to be left out of this service is certain to come at a high economic, political, and cultural price. It already has. Are we willing to keep paying it?

What is the current landscape for internet in the U.S.?

Data was calculated on the zip code level to determine the number of the providers present in that market that served at least 1% of the population that offered wired technology (seen as the most equivalent in quality standard to Starlink’s proposed technology) at broadband speeds.

For these providers present in the market, we also averaged all of their entry-level internet-only broadband speed plans to find the average lowest price available in each zip. We found a strong relationship between price and competition that fit well within a linear model. We used that model to calculate the savings.

Tens of Millions of Students Are Back to School Remotely, And So Far, Networks Around the U.S. Are Holding Up
BroadbandNow Is Releasing A New Open Data Set for Microsoft and ODI’s Education Open Data Challenge