View the coverage map below or enter your zip code to see if broadband internet from RCN is available in your area.
RCN Speed Test RCN Customer Reviews 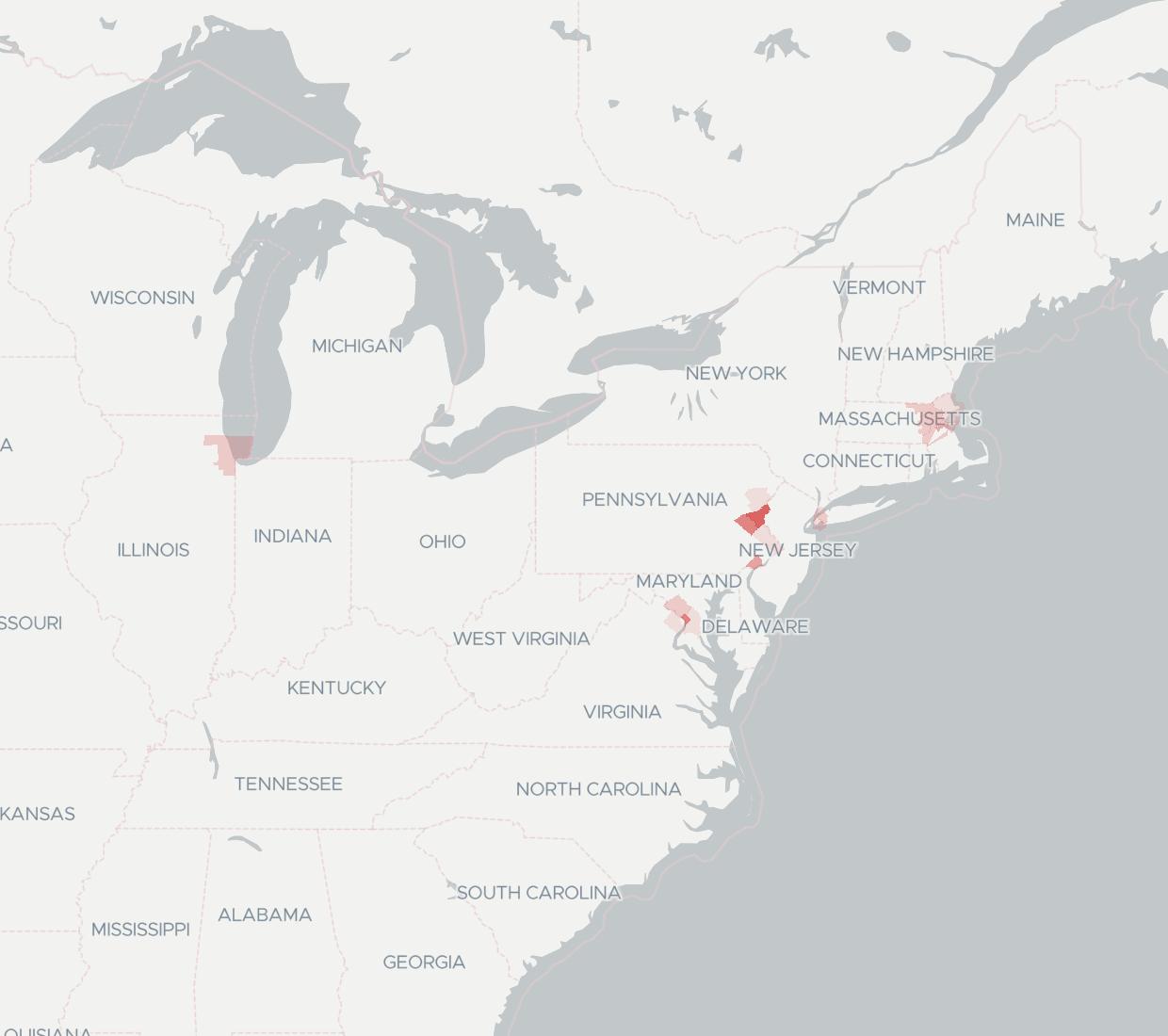 RCN offers internet service across seven states with the greatest coverage in New York, Massachusetts, and Pennsylvania. Cable internet from RCN is available to an estimated 4.2 million people, making it the 9th largest residential cable provider in the U.S. by coverage area.

RCN is a large telecommunications company that offers cable broadband services in the US, with the most coverage in Northeastern areas like New York, Massachusetts, Pennsylvania, and four other states. Their primary product offering is residential Internet, phone, and TV. All these services come over their cable network, which delivers high bandwidth compared to older network styles like DSL. They are known for offering gigabit Internet with download speeds in the 1,000 Mbps range, which is comparable to fiber although it comes with reduced upload speeds, which is standard for cable service. They are also known for their local customer service and support, which gets strong reviews compared to other major cable providers.

Boston, Chicago, New York City, Lehigh Valley, and Philadelphia are the core RCN service areas, with strong cable coverage in some surrounding areas as well. RCN’s network is based on coaxial cable infrastructure from the days of cable television, although RCN currently uses a mix of these and fiber to send high-bandwidth broadband data. This is possible thanks to DOCSIS (Data Over Cable Service Interface Specification), a technology that allows the transmission of digital data over radio waves on copper. This is similar to DSL, which does the same thing using twisted copper telephone cables. However, RCN’s coaxial cables have a higher upwards bandwidth limit than DSL lines, making it the preferred choice for customers who are choosing between DSL and cable.

RCN has a BroadbandNow rating of 65.4 percent, meaning that out of 3,585 IP-verified customers we’ve polled for input on their experience, 65.4 percent indicated that they had a good experience with RCN overall.

RCN is owned by TPG (Texas Pacific Group) Capital, an investment company based in Texas and California. RCN merged with Wave Broadband and Grande Communications in 2017, making it one of the largest combined broadband providers in the country. The company maintains a subsidiary, Patriot Media, through which many of their broadband services under the RCN and Grande consumer brands are managed.

RCN is widely available in New York, Massachusetts, Pennsylvania, and four other states, with 8 total states served. Chicago, New York, and Washington are among the large metro areas covered by RCN. Since their network is based on coaxial cable, they are mostly available in coaxial-heavy areas in suburban and urban areas. Customers outside the metro centers of RCN cities may find themselves unable to get access — DSL connections are more common in these outlying areas. RCN has been investing in network upgrades and expansion in recent years to compete more aggressively with other cable providers and fiber providers.

Cities and Towns RCN Has Coverage

*Accuracy not guaranteed. Use the zip search and check with RCN directly to verify availability.

Congratulations RCN! You've been recognized in our annual awards program.