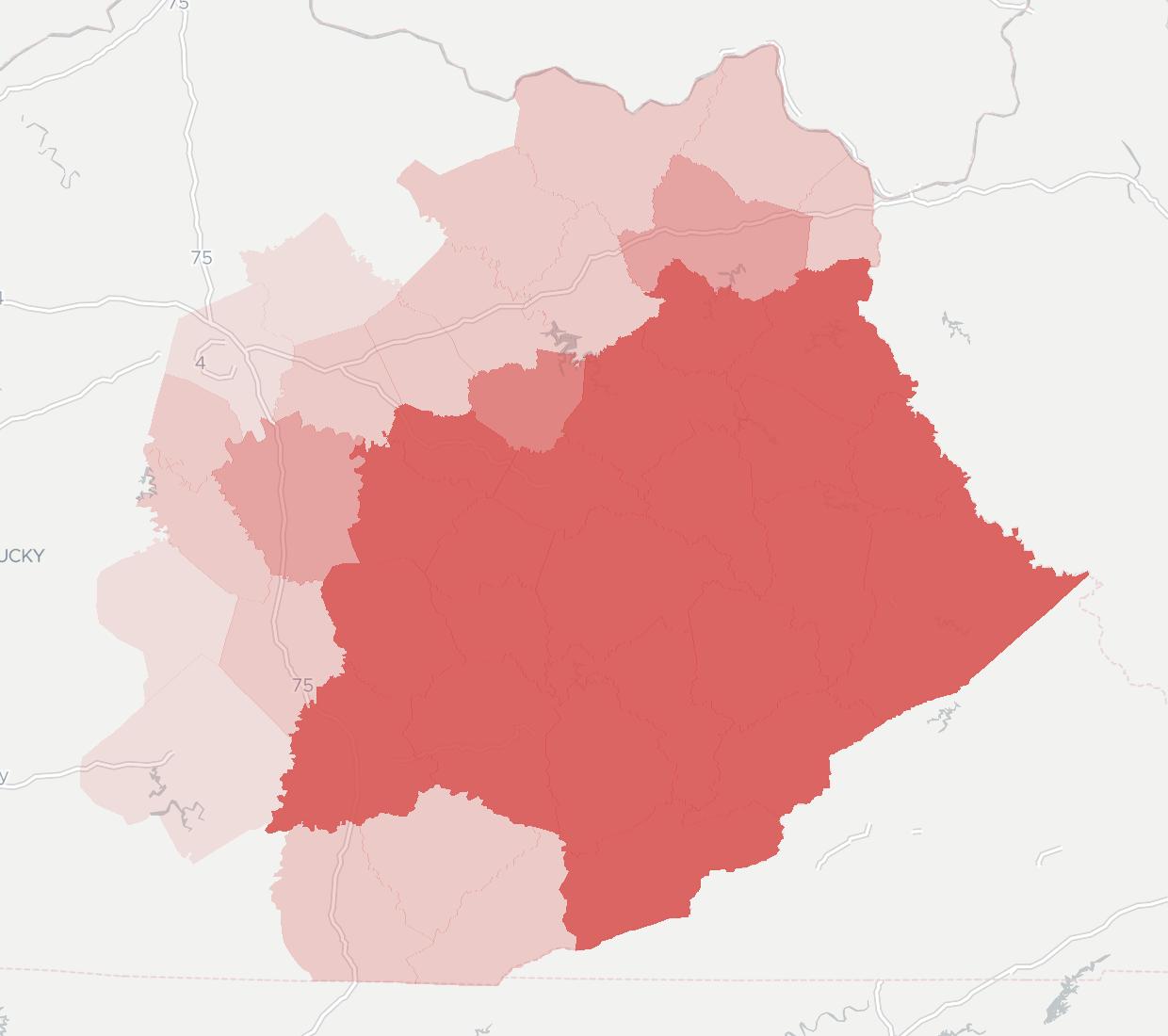 Plans may not be available in all areas or to all customers and can expire at any time. Verify terms and availability with Appalachian Wireless.

Appalachian Wireless is a cellular service provider that operates in the state of Kentucky. They offer both standard wireless service as well as mobile broadband Internet. Appalachian has several different mobile plan options with varying prices.

Most of Appalachian Wireless’ telephone and data network supports 4G and LTE. As you can see on the coverage map above, most of their towers are primarily concentrated in Eastern Kentucky.

In 2011, Appalachian Wireless entered into a partnership with Verizon, wherein Appalachian agreed to build more 4G LTE towers in rural Kentucky to share with them in exchange for access to Verizon’s extensive network across the United States. As of such, Appalachian is mainly working on extending their 4G reach to rural areas right now, and currently have no announced plans to implement 5G technology.

Appalachian wireless has both shared data and unlimited plans. The shared plans have data package options ranging from 1GB/month to 25GB/month or higher. This data is split among all members of your family who are on the plan.

If you have higher data needs and do a lot of streaming, the unlimited plans are a good choice. The plans start at a higher base rate, but each additional unlimited line you add onto the plan is offered at a slightly cheaper rate. Up to 10 unlimited lines are allowed per family. One thing to keep in mind is that after an unlimited line exceeds 25GB of data usage in a month, they will slow down your connection speed.

As Appalachian is a smaller company, they do not generally offer any promotions. However, you will get a reduced rate for additional lines added onto the same wireless plan. You can also buy smartphones and other devices through Appalachian at a discounted price if you sign up for a one or two year plan contract with them.

Appalachian Wireless does not have cable television options at this time. They currently focus solely on providing cellular service. Although, with their unlimited mobile broadband Internet plans, it is possible to use other third-party streaming television and entertainment services online.

Appalachian Wireless has been offering telecommunications services in Kentucky since 1991. Headquartered in Ivel, KY, their main focus over the years has been on providing the best cell service in Eastern Kentucky. They also carry the most popular devices for sale from top brands like Apple, Samsung, etc. Their parent company is the East Kentucky Network, which also operates its own high-speed fiber-optic telecommunications network.

Coverage availability for Appalachian Wireless is greatest in Eastern Kentucky, with service available to over 550,000 people. They currently are ranked as the 15th largest residential mobile broadband provider in the US by coverage area. This doesn’t mean that you won’t be able to get service outside of Eastern Kentucky, however. As part of a partnership agreement with Verizon, when roaming outside of Appalachian’s network, customers will be able to stay connected by tapping into Verizon’s extensive nationwide 4G LTE towers.

*Accuracy not guaranteed. Use the zip search and check with Appalachian Wireless directly to verify availability.

Current and Past DBAs:
Appalachian Wireless

Are you a representative of Appalachian Wireless? If so, claim this listing to get additional exposure, update your coverage, and manage your plans.

Whether Appalachian Wireless is your internet provider or you use a different provider, the speed test below can show key statistics about your internet connection.

In this chart we've calculated the average speed of the fastest 10% of users who ran a speed test from a Appalachian Wirelessconnection in the last 12 months.

In this chart we show the average download speed across all 229 users who ran a speed test on their Appalachian Wireless internet connection in the last 12 months.

Leave a Review For Appalachian Wireless