Sorry, we're unable to confirm HughesNet is available at this address. Please call a representative at (844) 902-3107 to confirm.

HughesNet is available at this address. Explore plans below or call 8449023107 to get started. 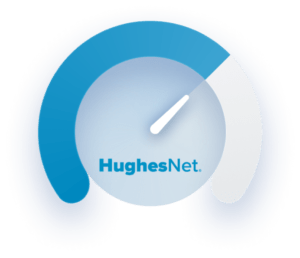 About Our HughesNet Speed Test Tool

Whether HughesNet is your internet provider or you use a different provider, the speed test below can show key statistics about your internet connection.

Note: This speed test can be used to test any internet provider, not just HughesNet .

If your HughesNet speed test result is lower than expected, try resetting your router or call HughesNet customer service for additional assistance.

This speed test will check the capability of your broadband connection whether you use HughesNet or another provider. The dials above will display statistics on download and upload speed. These metrics are the most important indicators of broadband connection performance. As of January 2022, HughesNet’s average download speed is 10.56 Mbps. Throughout their coverage area, the average latency on HughesNet Internet speed tests is -1ms. For context, wired terrestrial Internet connections usually output latency results in the 5–70ms range. Satellite Internet broadband connections, in contrast, are often closer to 500–800ms.

In this chart we've calculated the average speed of the fastest 10% of users who ran a speed test from a HughesNet connection in the last 12 months.

In this chart we show the average download speed across all 216,007 users who ran a speed test on their HughesNet internet connection in the last 12 months.

HughesNet speed tests function by sending data from your home network to a remote server and back via the HughesNet Internet network. This allows the test to analyze the speed of data transit, the latency or “delay” before it finishes the journey, and how upload/download speeds compare for home users.

The average speeds shown above are “90th percentile” averages. We use 90th percentile averages because it helps eliminate “dud tests” that flood the HughesNet speed test database from customers trying to diagnose home network and WiFi issues.

HughesNet is known to face latency issues compared to wired “terrestrial” broadband providers like Comcast and Fios. The increased latency with HughesNet is due to the long journey data travels when transmitted via satellite rather than via undersea fiber cables. Additionally, HughesNet uses a single satellite to serve the entire country, so there are limitations on how much bandwidth that single piece of hardware can provider.

HughesNet recently launched a new satellite called “Gen 5,” which has radically enhanced the speed and performance of their Internet plans. This new satellite allows for speeds in excess of 25 Mbps download and 3 Mbps upload, which meets the FCC definition of “broadband” Internet service.

However, there is a catch: data caps. Because HughesNet speeds are limited by the bandwidth of their satellite, they place limits on the amount of data customers can use each month. These caps make HughesNet a poor choice for “cord cutters” and video streamers, even though the speeds are often better than the DSL alternative in rural areas.

HughesNet speeds are overall comparable to Viasat. (Viasat is the other major satellite Internet provider in the US.) Viasat recently launched a new satellite that allowed them to raise the data caps on Viasat Internet plans, making them more attractive for active users and families. However, HughesNet price and value still often wins. Regardless of advertised speeds, Viasat and HughesNet real-world results tend to be similar when network stress is taken into account.