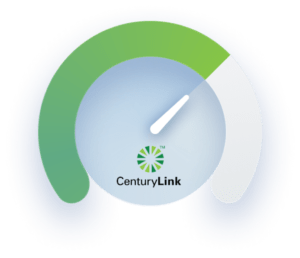 About Our CenturyLink Speed Test Tool

Whether CenturyLink is your internet provider or you use a different provider, the speed test below can show key statistics about your internet connection.

Note: This speed test can be used to test any internet provider, not just CenturyLink .

If your CenturyLink speed test result is lower than expected, try resetting your router or call CenturyLink customer service for additional assistance.

Use our speed test to check the capability of your Internet service whether you use CenturyLink or another provider. The modules above are designed to display statistics on download and upload performance. These two results are the main indicators of broadband internet quality. As of January 2022, CenturyLink’s average download speed is 101.1 Mbps. Across their footprint, the average latency on CenturyLink Internet speed tests is -1ms. In context, wired terrestrial connections generally have latency in the 5–70ms range. Satellite Internet broadband connections, on the other hand, are often as high as 500–800ms.

In this chart we've calculated the average speed of the fastest 10% of users who ran a speed test from a CenturyLink connection in the last 12 months.

In this chart we show the average download speed across all 1,752,790 users who ran a speed test on their CenturyLink internet connection in the last 12 months.

The graphs shown above are the CenturyLink speed test results based on thousands of user speed tests. The results measure your home network and the broader CenturyLink network.

If you’re getting a surprisingly low-speed result, try plugging your computer or laptop into the router with an Ethernet cable, or place it close to the router to avoid interference. The above averages trend low due to the large number of speed tests being run as part of the diagnostics process for home networking issues.

More customers are choosing fiber internet plans as this new and advanced connection type delivers fast download speeds, resulting in less latency, unlimited data, and faster loading times. That said, CenturyLink still offers DSL internet through its Simply Unlimited Internet plan, which offers download speeds up to 100 Mbps. This is a decent speed to stream movies and shows in HD on top of occasional internet surfing.

Upload speeds aren’t as important as download speeds unless you’re big on uploading large files and photos. It’s highly recommended that you sign up for a plan with symmetrical speeds if it fits within your budget.

CenturyLink speeds aren’t the fastest in the market, as some providers only offer download speeds up to 5 Gbps. However, that just means it has room to grow as it makes its way to becoming one of the fastest internet providers in the U.S.