What is a VPN? Meaning, how they work and why you might need one.

Over the years, we’ve received hundreds of questions from consumers about how to make their internet service better, including questions about Virtual Private Networks, or VPNs. Since these services are essential for millions of internet users, we created this page to help you decide if you need a VPN, how to choose one, what to look for, and how to use it effectively.

What is a VPN?

First thing’s first: As mentioned, VPN stands for Virtual Private Network. Essentially, it is a service that disguises or “masks” your internet service, making it appear as though it is originating from elsewhere. Without a VPN, websites, hackers, and the government have easy access to your internet traffic data. 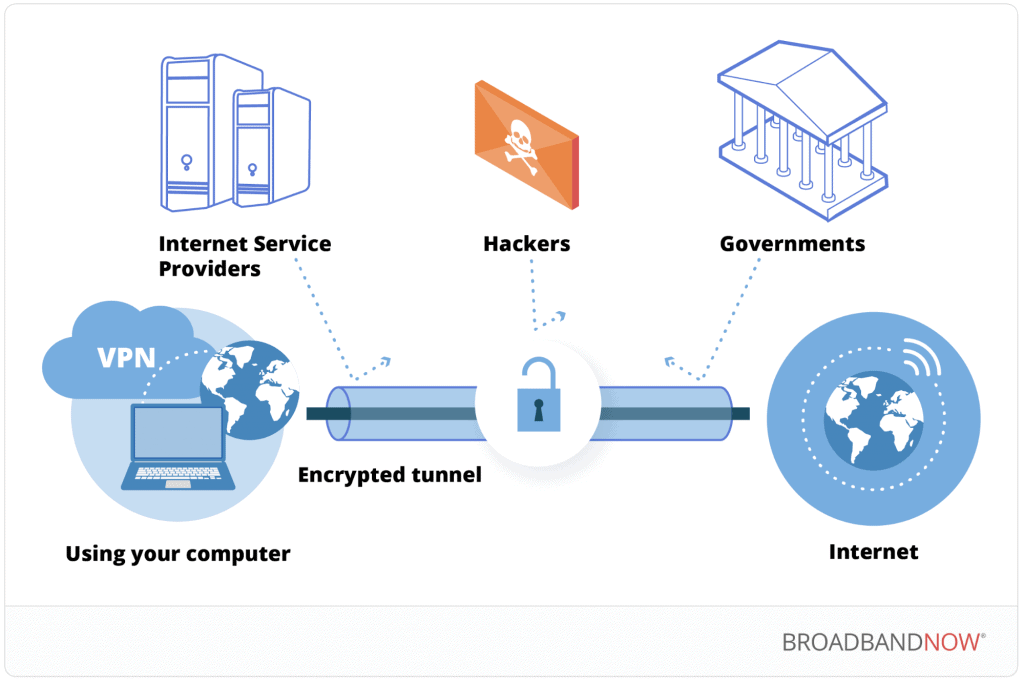 How Does a VPN Work?

Your internet protocol (IP) address is a numerical designator assigned to any device using the internet protocol for communicating, be it phone, tablet, or laptop. IP addresses can be used to find an internet user’s ISP (internet service provider), internet traffic data, or physical location.

A VPN encrypts user data, and disguises location by use of multiple servers. Instead of a would-be hacker finding your IP while you surf the web in California, they will find the IP address of your VPN service in Germany, Canada, Sweden, or wherever the VPN provider has servers.

VPNs are used for many reasons. Traveling to the vast reaches of the internet without protection can leave users open to malware attacks, identity theft, and ransomware to name just a few. A VPN creates a buffer between you and the internet. Because VPNs encrypt data, your internet traffic will be inaccessible to your ISP, mobile carrier, or anyone else trying to acquire your information.

You might want to use a VPN if you are trying to do any of the following:

Are there any benefits to using a VPN?

Absolutely. There is a broad spectrum of VPN uses. Many people use VPNs while traveling. Using public Wi-Fi or a hotel’s internet can leave internet users vulnerable. Many people use VPNs so that they can log into their office’s network, when working remotely. If you’ve traveled to a country that bans Google, Twitter, or YouTube, you can use a VPN to connect to a server located in a country where those sites are not prohibited.

Many people don’t realize that streaming services offer different TV shows and movies depending on where you are in the world. Do you live in the U.S. but would like to see what Netflix has available in France? Use a VPN.

What are the downsides?

There aren’t many. The good outweighs the bad. Some websites don’t allow VPN users, but there are volumes written online about how to circumvent VPN blockers. Using a VPN will cause your connection to be slower, but checking a VPN’s speed is easy to do. Most of the time this can be remedied by connecting to a server located closer to your location.

All VPN products offer the basic functionality of masking your home connection, but there are a number of features that are more specific, yet equally important.

Today, consumers have an average of 11 connected devices in their home. Having a VPN that allows you to use multiple devices at the same time under your virtual network is critical. Thankfully, most quality VPN services offer this feature as of 2021, but some do not offer protection for as many devices as others, so it’s important to pay close attention to this before signing up.

VPNs handle the “logging” of your online activities in different ways. Some of them can store certain elements of your browsing history for a period of time, sometimes for several months or longer.

Ideally, you want to seek out a service that offers a “no-log” policy, as these will be the most private. However, it is crucial to read the terms carefully, as some providers will claim that they do not log while still collecting certain scraps of data, such as session logs which might reveal your activities.

When you connect to a virtual private network, your personal connection is communicating with a server in a secondary location. In an ideal situation, this server will be as close as possible to your home, so that your network performance doesn’t suffer too drastically. A VPN with a large number of servers is more likely to have a server or two near you.

Our recommendation for most users is to choose a VPN that not only has dedicated PC and Mac applications but also Android and iOS versions as well. This way, you can ensure that you are getting the most bang for your buck when it comes to committing to one service.

No matter how solid your VPN is, no service is perfect. There will be times when your virtual connection fails, which can lead to your actual network (and associated IP address) being “leaked out.” This is especially common when your preferred service is under heavy load.

For this reason, it’s crucial to ensure that your VPN has what is referred to as an integrated kill switch. This is an emergency function that will automatically “kill” the connection, preventing data from being transferred.

SmartDNS functionality allows you to access one of the most useful features of a VPN – the ability to bypass “geo-blocked” content restrictions – without sacrificing speed due to connecting to a virtual network.

Additionally, some devices, like Apple TV for instance, do not allow a VPN to be directly installed. If your VPN supports SmartDNS, you can still use it in conjunction with your regular network to bypass content restrictions in this case.

When shopping around for a VPN, there are a few key privacy considerations to keep in mind.

Put simply, encryption is the process of taking sensitive data and making it indiscernible to anyone outside of a secure environment. Data is commonly converted into ciphertext – random strings of characters that are meaningless on their own – before being sent across the internet at large. When they arrive at their destination, a unique “key” is used to translate the ciphertext back into something intelligible. 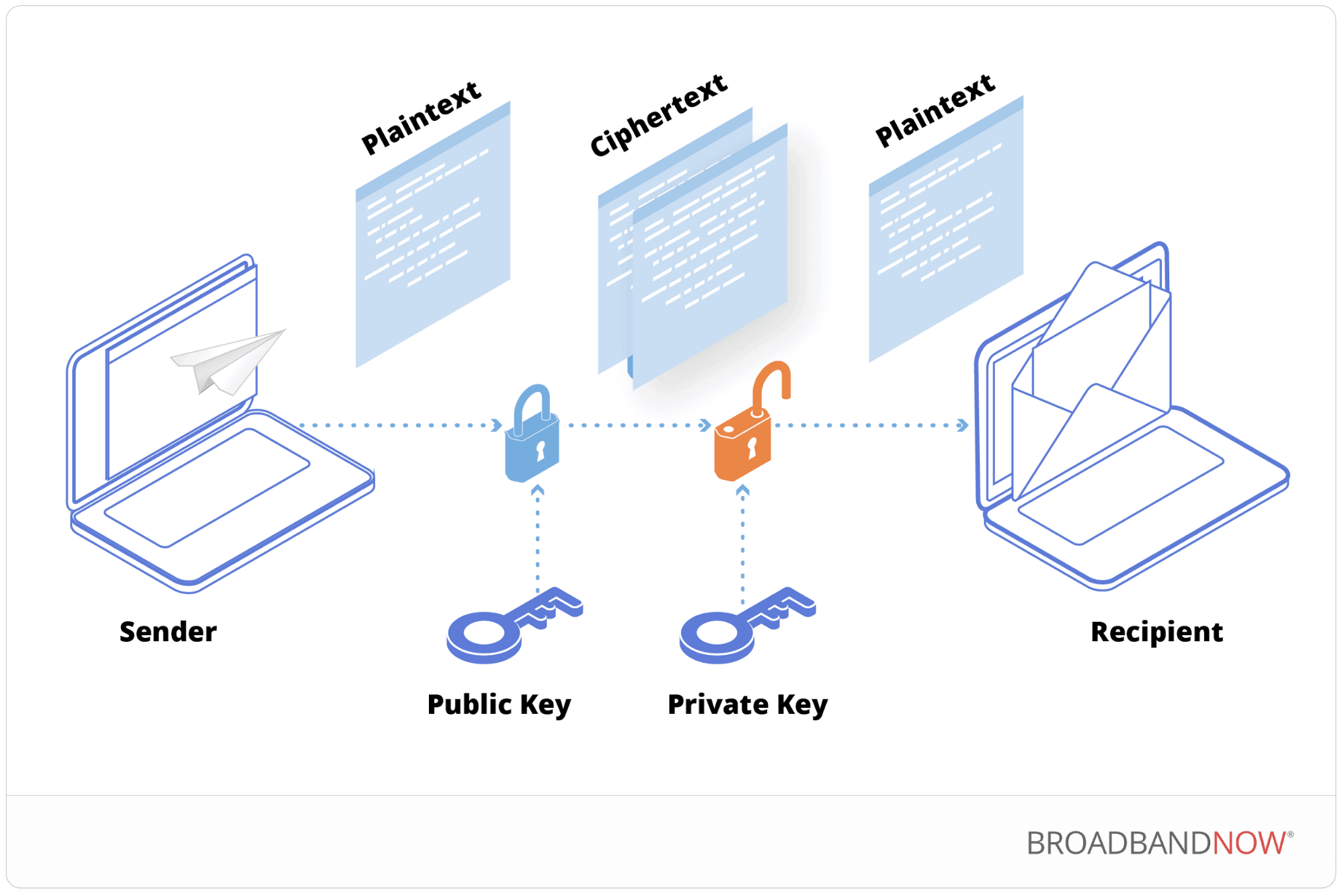 Encryption is honestly an entire ocean of a topic, and one that’s well above the scope of this guide. What you should know, for the purposes of buying the best VPN, is that it is generally accepted that AES-256 encryption is the most robust on offer currently. It is the only standard to be officially endorsed by the National Security Agency (NSA), and is virtually unbreakable by today’s standards. 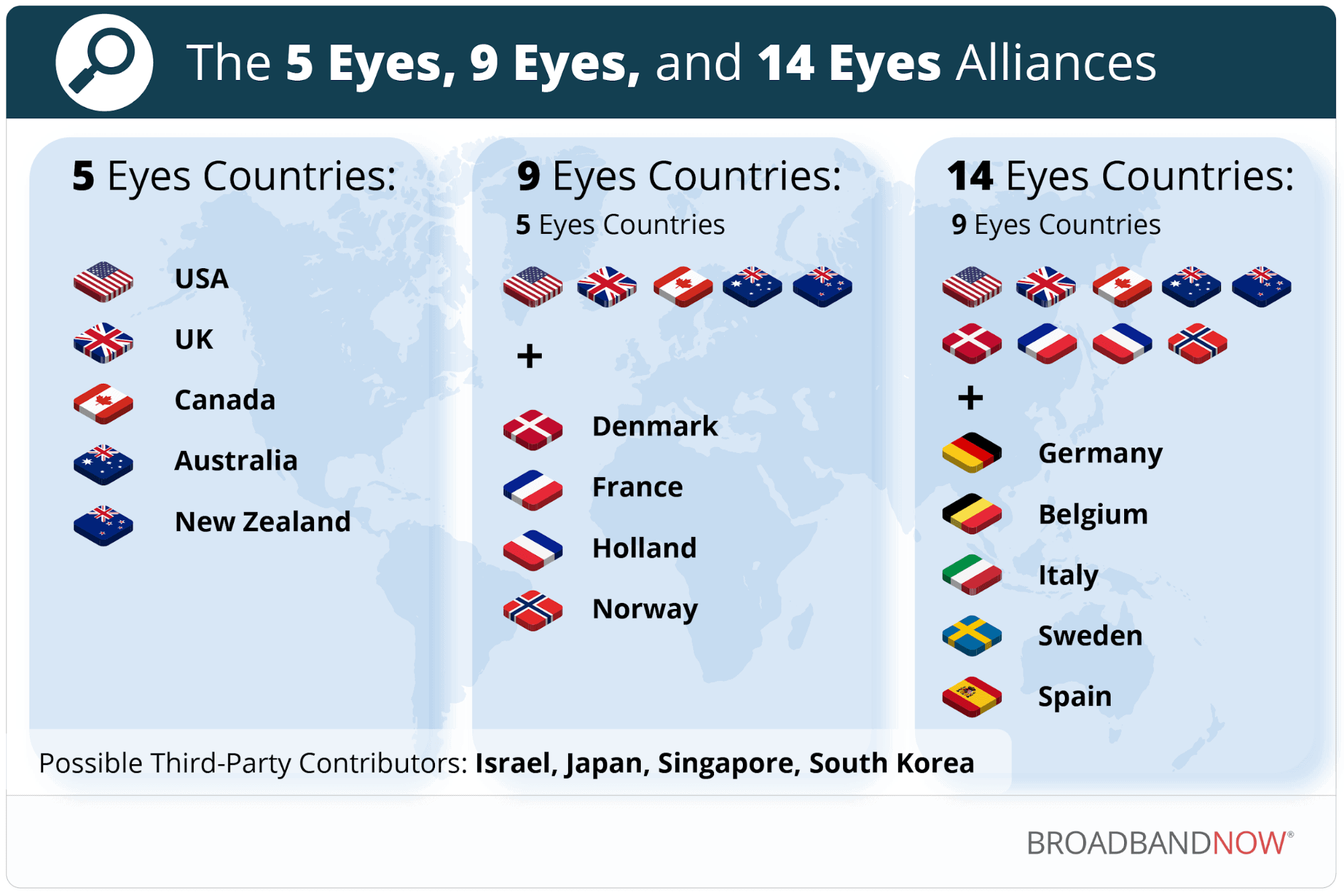 Starting around the time of the Cold War, an alliance today known as 5 Eyes sprouted from an intelligence pact called the UKUSA Agreement. Originally an intel-sharing agreement between the United Kingdom and the United States, the two superpowers were shortly joined by New Zealand, Canada, and Australia.

In the early 2000s, the existence of at least two more global intelligence-sharing agreements was disclosed. Commonly referred to as 9 Eyes and 14 Eyes, these include even more countries across the globe, each with varying levels of involvement and organization. Here’s a visual breakdown showcasing each member-state:

It’s generally a good idea to research the parent company behind a given VPN before hopping onboard. Where a company is located (as in, whether it is in a 5 / 9 / 14 Eyes country) is an important consideration to make when choosing a VPN. All of the options in this guide have been vetted by our team, and any information we felt relevant to each is disclosed below. That said, the world of cybersecurity is marked by constant change, so it’s a good idea to check in every now and then and ensure everything is aboveboard.

Yes, but not everywhere. The odds are great that you are reading this from a country where VPNs are perfectly legal. There are some countries that have banned or tightly regulated the use of VPNs, such as: Russia, North Korea, Egypt, Iran, United Arab Emirates, Syria, and China.

In spite of their illegality in some countries, to date, no one has ever been arrested and prosecuted for using a VPN. It’s what you do with the VPN in those countries that gets you in trouble.

Are Free VPNs a Good Alternative?

If you do some searching, you’ll likely come across several VPN services that claim to be 100 percent free. Unfortunately, the vast majority of these services cannot be trusted. In a recent investigation, Metric Labs uncovered that 59 percent of the free VPNs they tested had tangible business links to the Chinese government, and 86 percent of them had questionable privacy policies. The latter included a severe lack of logging policies and other privacy details. Some services even explicitly stated that they share data with Chinese authorities.

If you are determined to go with a free option, I can only sincerely recommend that you read through the privacy and data sections extremely carefully. If there isn’t one, consider this a massive red flag, and sign up at your own peril!

Whether you’re new to VPNs and looking for the best overall, or have a specific provider in mind, we’ve taken a close eye to the most popular VPNs: