Spectrum is available at this address. Explore plans below or call 8449012981 to get started. 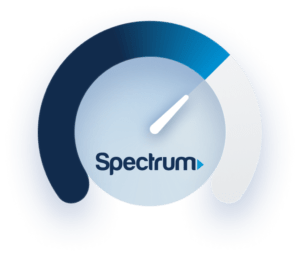 About Our Spectrum Speed Test Tool

Whether Spectrum is your internet provider or you use a different provider, the speed test below can show key statistics about your internet connection.

Note: This speed test can be used to test any internet provider, not just Spectrum .

If your Spectrum speed test result is lower than expected, try resetting your router or call Spectrum customer service for additional assistance.

Use our speed test to assess the capability of your Internet service whether you use Spectrum or another provider. The panels above will display results for download speed and upload performance. These metrics are the most important indicators of broadband robustness. As of January 2022, Spectrum’s national average download rate is 164.99 Mbps. Throughout their coverage area, the average latency on Spectrum Internet speed tests is -1ms. For context, terrestrial connections generally have latency in the 5–70ms range. Satellite connections, in contrast, can be closer to 500–800ms.

In this chart we've calculated the average speed of the fastest 10% of users who ran a speed test from a Spectrum connection in the last 12 months.

In this chart we show the average download speed across all 13,149,517 users who ran a speed test on their Spectrum internet connection in the last 12 months.

The Spectrum Internet® speeds shown in the graphs above are based on hundreds of thousands of user speed tests. These speed tests are powered by M-Labs, which is the speed test database integrated into BroadbandNow and Google search results.

Averages shown tend to be lower than real-world experience, since users often run speed tests to diagnose WiFi issues. When a subscriber’s WiFi router is not functioning properly, it can result in very low speed test output — however, this is caused by a faulty WiFi unit, not the actual Internet connection.

If you’re testing a Spectrum connection and getting results below 10 Mbps, try resetting your router and running the test again. In many cases, low Spectrum speeds are actually caused by modem or router issues, rather than the Internet connection itself.

Spectrum Internet® speeds come in three flavors: Standard, Ultra, and Gig. For all of these plans, wireless speeds vary.

Most customers use the Standard Internet plan, since it has more than enough download speed to handle streaming Netflix, YouTube, and other common uses.

Speeds are much faster on Spectrum’s Gig and Ultra plans. That said, only large families, techies, and “pro” users should pay the extra money for these plans. Most users will be happy with Spectrum’s Internet speeds on the Standard plan.

Spectrum’s upload speeds tend to be much lower than their download speeds. They will be higher on the Ultra and Gig plans, but don’t go much beyond 35 Mbps. Most customers don’t rely on upload speed for much, and even 10 Mbps is enough to handle upload needs like Skype video and photo sharing.

Spectrum’s speeds are faster than most other cable providers. They’ve been investing heavily in upgrading and expanding their hybrid fiber-coaxial cable network. By using the latest DOCSIS 3.1 technology, Spectrum is able to deliver gigabit download speeds over copper cable wires.