How Does the Internet Work? 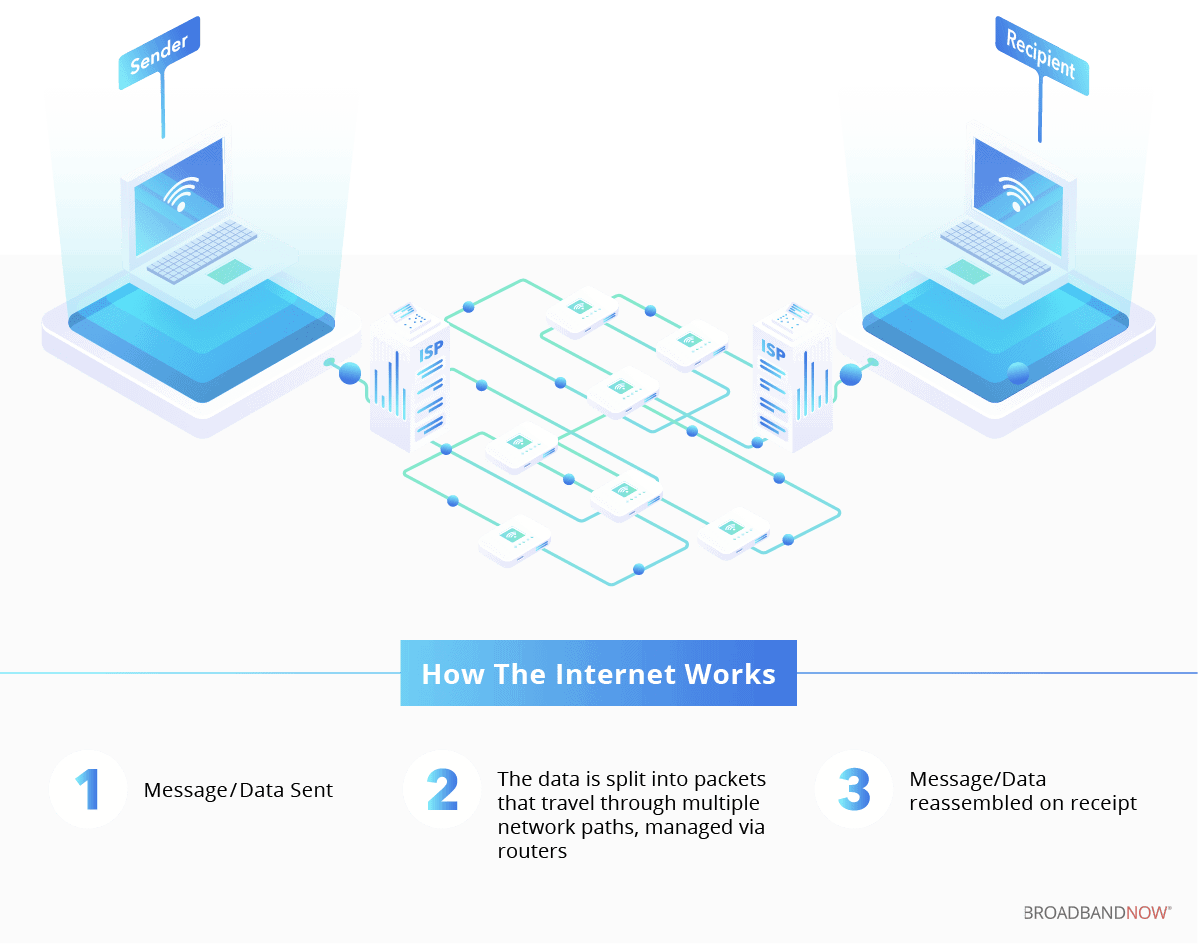 For many people, the internet seems like this incomprehensible thing that allows us to share information at the speed of light. In some ways, this is a pretty accurate description. However, the internet is not completely impossible to understand. It was created by humans, therefore, we (as a species) have a pretty good understanding of what it is, how it works, and what it can do.

This begs a few important questions: How does the internet work? What rules dictate its usage? Does a central authority regulate it? Finally, how can we access the internet from home networks and mobile devices?

In today’s guide, we will answer all of these questions and more, but first, let’s take a closer look at how to define the internet:

What Is the Internet?

The internet is essentially a web of interconnected computers sending and receiving information. Computers and similar devices are designed to communicate with each other, forming connections made up of different packets of information. These connections comprise the interactive network that we know as the internet.

While no internet metaphor is perfect, it might be helpful to think of the internet as a large system of roads. Highways and interstates connect smaller streets and roads to the broader system. The entire system is governed by various bodies at the local and national level, though no international body controls the entire system (yet).

Vehicles act like information, moving from one point to the next via the network of roads. Even if a road is closed or needs repair, the flow of traffic can be rerouted via an alternate path. As the population grows, more roads can be added, ensuring that the system is constantly growing and (hopefully) improving.

A Brief History of the Internet

The internet that we know today is not exactly the same as it was at its creation. In fact, the internet has grown — and continues to grow — very rapidly. When the internet first came to be, it just connected two networks. Today, there are millions of networks and devices sharing information across the internet.

So, let’s take a look at some of the most important events in the history of the internet:

How Does the Internet Work?

While the road and highway metaphor above may give you a better idea of the internet as a whole, it doesn’t really tell you how all of it works. So, to understand exactly how the internet works, you must learn two fundamental terms: packets and protocols. Once you understand these two concepts, you can better comprehend how the internet functions.

A packet is simply part of a message. So, when computers are exchanging information, every message contains a packet. The “header” of a packet contains information about the packet’s contents. It goes at the front of the message so that the device receiving the message knows what to do with it.

When one device sends information to another device, the entire message is broken down into packets, which are then broken down into bits. A bit is the smallest measurable unit of digital information, and it can be represented by a 1 or a 0. These bits and packets get routed to their destination, where they are reassembled in their original format.

Computers use a two-symbol language known as “binary code” to speak to one another.

Packets are sent through a process known as packet switching. In this process, routers and switches process packets before they arrive at their destination. This technique ensures that no connection takes precedence over another in the larger network. 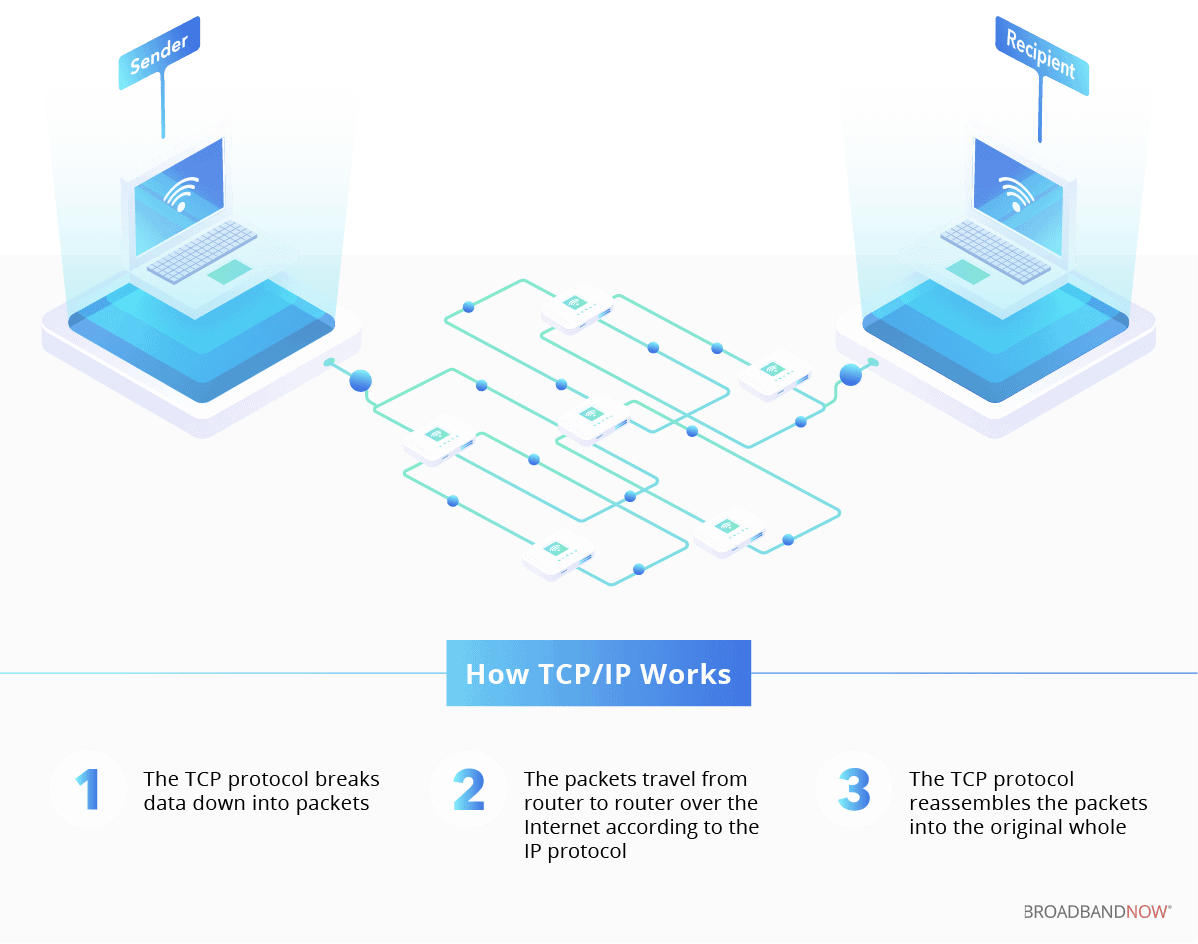 In computing, a protocol is a standardized way of doing a certain action or formatting a piece of information. Since there are thousands of different kinds of devices running different systems, the internet must be compatible with all of them. In short, protocols ensure that any internet-ready device can connect to the network. However, it’s important to note that there are different protocols for different purposes. Two of the most important ones to know are Internet Protocol (IP) and Transmission Control Protocol (TCP).

What Is Internet Protocol (IP)?

The Internet Protocol (IP) is responsible for delivering packets from one device or network to another. When you have two different devices or systems connecting to the internet, you need a way to translate the information for each network. Every network is assigned an IP address, while every packet contains information (in the header) that says what it is, where it’s coming from, and where it’s going. The IP ensures that every packet can be read, disassembled, relayed to the correct location, and reassembled.

The IP is very similar to any process you might use when sending or receiving an item. For example, if you want to mail a package to your friend, you will need to put it inside a box or envelope that complies with standardized sizes set by the post office. Additionally, you’ll need to put down the relevant information of the sender (you) and the recipient. If you put down the information in the wrong place or in the wrong order, your package will likely end up in the wrong place.

The IP works in much the same way. Every packet must have the right information so that different routers and switches can interpret where it is coming from and where it is going. Thus, the IP is an essential component of the internet.

What Is Transmission Control Protocol (TCP)?

The Transmission Control Protocol (TCP) works in tandem with the Internet Protocol to ensure that packets are sent (correctly) between networks. Whenever a packet is sent, the TCP first reads the header of the packet and creates a connection with the recipient. The TCP then works to make sure that the contents of the packet — frequently known as the “payload” — arrive at their destination in the correct order.

Using TCP, the recipient network must acknowledge receipt of every packet. If the TCP does not have receipts for certain packages, they will be resent. Thus, missing packets can slow down the process.

Returning to the metaphor of sending a package, the TCP is much like a processing or distribution center. Packages and letters arrive at the facility, where they are sorted and routed to the correct location. If information is in the wrong place or missing, it may delay the process.

How Does a Network Work? 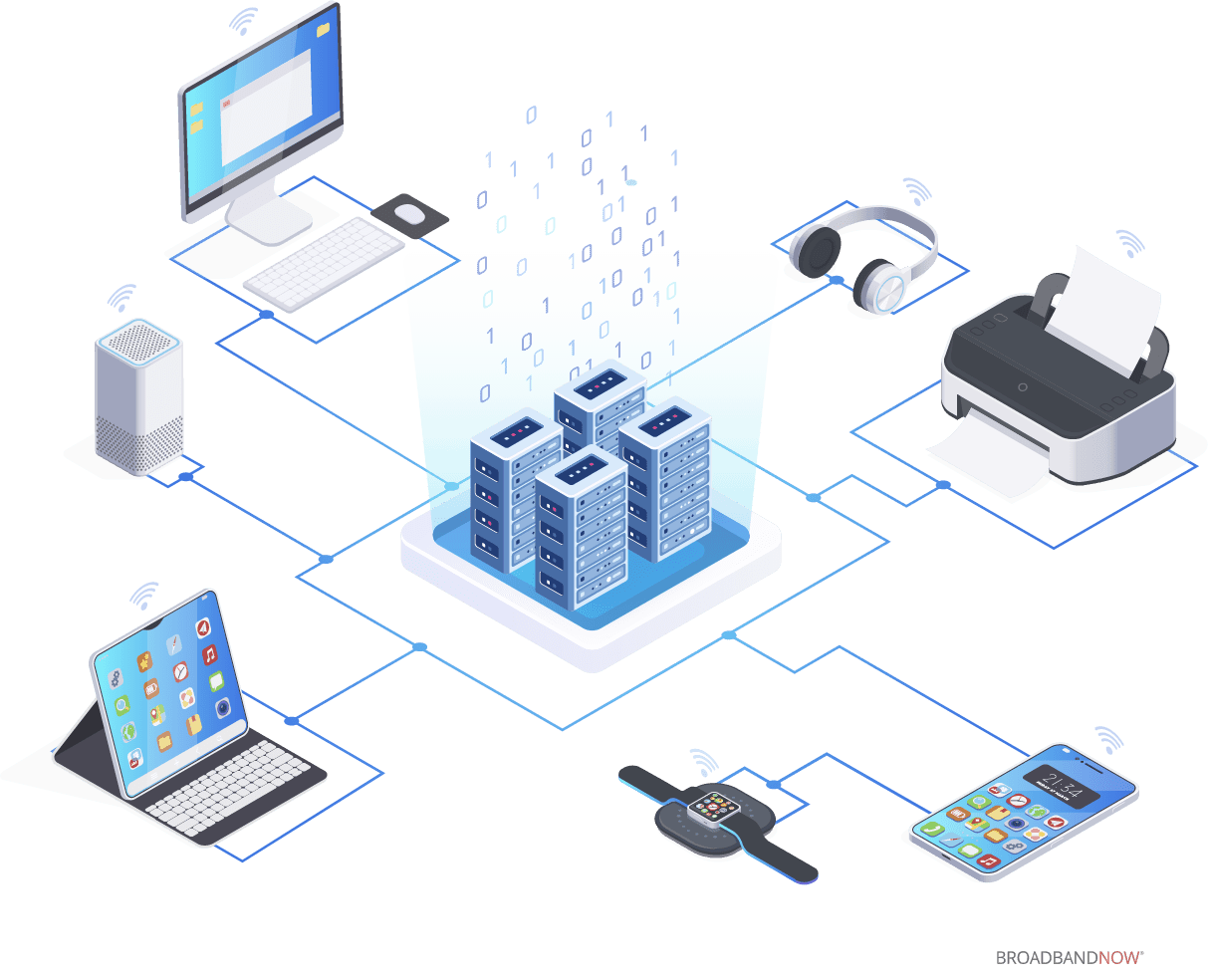 Now that you have a better understanding of the processes that can connect multiple networks, you probably want to know how your home network — or any network — actually works. First, a computer network requires some kind of “node” to exist. A node could be something like a computer, server, or a switch. Using the protocols outlined above, a network connects to the internet, usually via cables or wireless signals. The most common wired internet connections are fiber, DSL, and cable, while satellite and fixed wireless are the most popular wireless internet connections. Routers manage the communication between different networks by finding the best way for information to reach its destination. In short, a network requires one or more nodes using the same protocols to send, receive, and decipher information.

While the internet can seem very complex and abstract, it all comes down to very simple concepts and protocols. It’s also important to note how far removed most of us are from the early days of the internet. Back then, two networks sent messages back and forth, and that was about it. Today, the internet is larger and more complex than any of its inventors ever could have imagined.

ENTER A ZIP CODE TO FIND PROVIDERS IN YOUR AREA