Sorry, we're unable to confirm Xfinity is available at this address. Please call a representative at (844) 910-2674 to confirm.

Xfinity is available at this address. Explore plans below or call 8449102674 to get started. 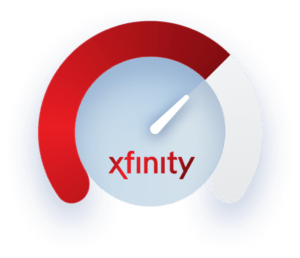 About Our Xfinity Speed Test Tool

Whether Xfinity is your internet provider or you use a different provider, the speed test below can show key statistics about your internet connection.

Note: This speed test can be used to test any internet provider, not just Xfinity .

If your Xfinity speed test result is lower than expected, try resetting your router or call Xfinity customer service for additional assistance.

Use our speed test to assess the quality of your broadband connection whether you use Xfinity or another provider. The dials above will return results on download speed and upload throughput. These metrics are the main signs of broadband quality. As of January 2022, Xfinity’s national average download speed is 219.59 Mbps. Throughout their coverage footprint, the average latency on Xfinity Internet speed tests is -1ms. For context, terrestrial connections usually perform in the 5–70ms range. Satellite connections can be in the range of 500–800ms.

In this chart we've calculated the average speed of the fastest 10% of users who ran a speed test from a Xfinity connection in the last 12 months.

In this chart we show the average download speed across all 14,866,926 users who ran a speed test on their Xfinity internet connection in the last 12 months.

Xfinity is a cable Internet provider, which means that their Internet service is provided over coaxial cable networks. These copper cable networks are older than the “fiber” networks, and have limited bandwidth compared to fiber-optic technology. Even using the latest DOCSIS 3.1 transmission technology, the upload speed of Xfinity speed tests will almost always be significantly lower than the download speed.

Xfinity, like all cable Internet providers, chooses to prioritize download speeds for their customers because most users download much more content than they upload. For example, when using Netflix to stream a film, most of the transmission of data is going from Netflix’s server down to your home network. The only data going “up” will be the small requests you make while interacting with the Netflix interface, like pushing pause, selecting a film, fast forward, and etc.

Our Xfinity speed test tool shown above includes latency measurement. Latency is how long it takes for data to make the round-trip journey from your home network to a server and back again. You can think of it as a measurement of “lag.” Latency matters most for gaming, video chat, and other real-time activities. Latency is not a major concern for regular activities like scrolling through Facebook or watching Hulu.

Xfinity speed test records we’ve analyzed show that their latency is similar to other cable providers, and is good enough for the vast majority of users. Only professional gamers are likely to have any issue with Xfinity’s latency performance.

What Speed Is Xfinity Performance Internet?

Xfinity’s “Performance” Internet service performs similarly to all other Xfinity plans in terms of how the “promised” or “advertised” speed compares to the delivered speed. In general, you can expect that the speed you get on a laptop when testing your connection over WiFi will be around 10–30% below the speed of your plan. This is normal — a variety of factors slow down the speed that reaches individual devices on a healthy home network, with signal fade in WiFi being the biggest issue. When running a speed test on an Xfinity Performance Internet plan, you’ll only get 100% of the speed if you plug directly into the router with ethernet. Wired connections are much faster, and it prioritizes the wired device over other “WiFi hog” devices in your home.

Overall, Comcast speed tests are comparable to other cable providers. Since launching their DOCSIS 3.1 update, they even outperform the average in many cities. Their network quality varies from area to area, so be sure to check results in your city. Search your zip code with our search tool at the top of this page to see local speed statistics.